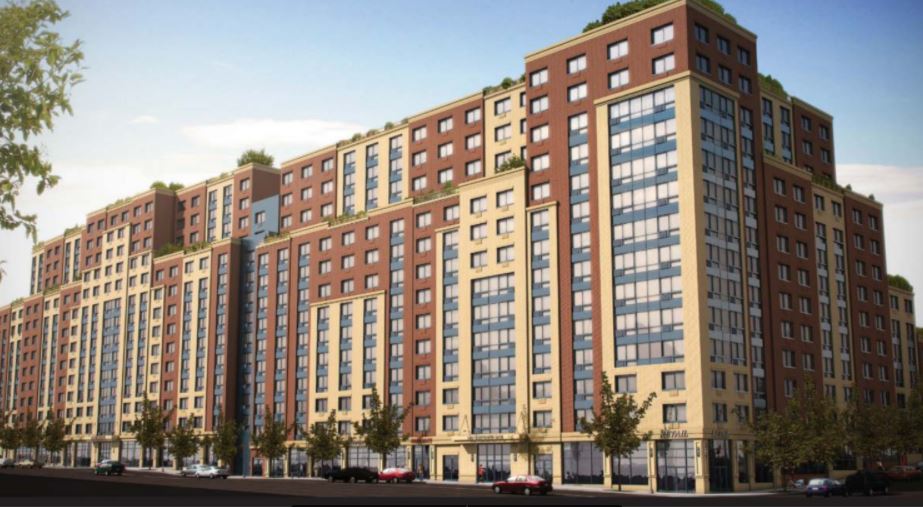 The Stagg Group is set to build a 474-unit apartment building at 1125 Whitlock Avenue in the Bronx.

The development company just closed on the acquisition of the development site from Joel Gluck’s Park Management for $18.26 million.

Marco Lala, senior vice president at RM Friedland, brokered the sale of the site, which is zoned for extremely low and low-income housing under the city’s Mix & Match program.

The deal is one of the largest development site trades in the Bronx so far this year and comes after a year-long negotiation that required approval from the city’s Housing & Preservation Department (HPD) to transfer ownership from Gluck to Stagg.

Formerly home to a shuttered plastics factory and several single-story parking garages, the site has approved plans for a 443,216 s/f development that can accommodate 474 apartments, 15,000 s/f of commercial space and 10,000 s/f of community facility.

Units will include 93 studios, 193 one-bedroom, 113 two-bedroom and 73 three-bedroom units, parking space for 69 vehicles and green space.

“I’m proud to be part of such a historic transaction that will add almost 500 units of low income and affordable housing to NYC and the South Bronx particularly,” said Lala. “The Stagg Group will bring its high-quality approach to this much needed and underserved community.”

The deal is one of several Lala has closed during the pandemic.  “I have seen a flurry of activity in the development site arena as sellers adjust to this new normal,” he said.

The veteran broker said last year’s rent regulation overhaul had been a “gut punch” to property owners and the coronavirus was a “groin kick.”

“That one-two blow had sellers panicked, and then we had the protests and rising crime creating a lot of collateral damage with owners getting hit from every angle,” Lala added.

“With all the panic out of the way, I have seen a slowdown in transaction volume and prices will follow … the inventory that’s out there is not moving so sellers will have to either drop the price or take the property off the market.

“I foresee a mini sell-off as owners reach a comfort level where they are not selling in panic mode but have had time to digest everything that has happened.”

ON THE SCENE: This week’s Under $10M sales and exclusives