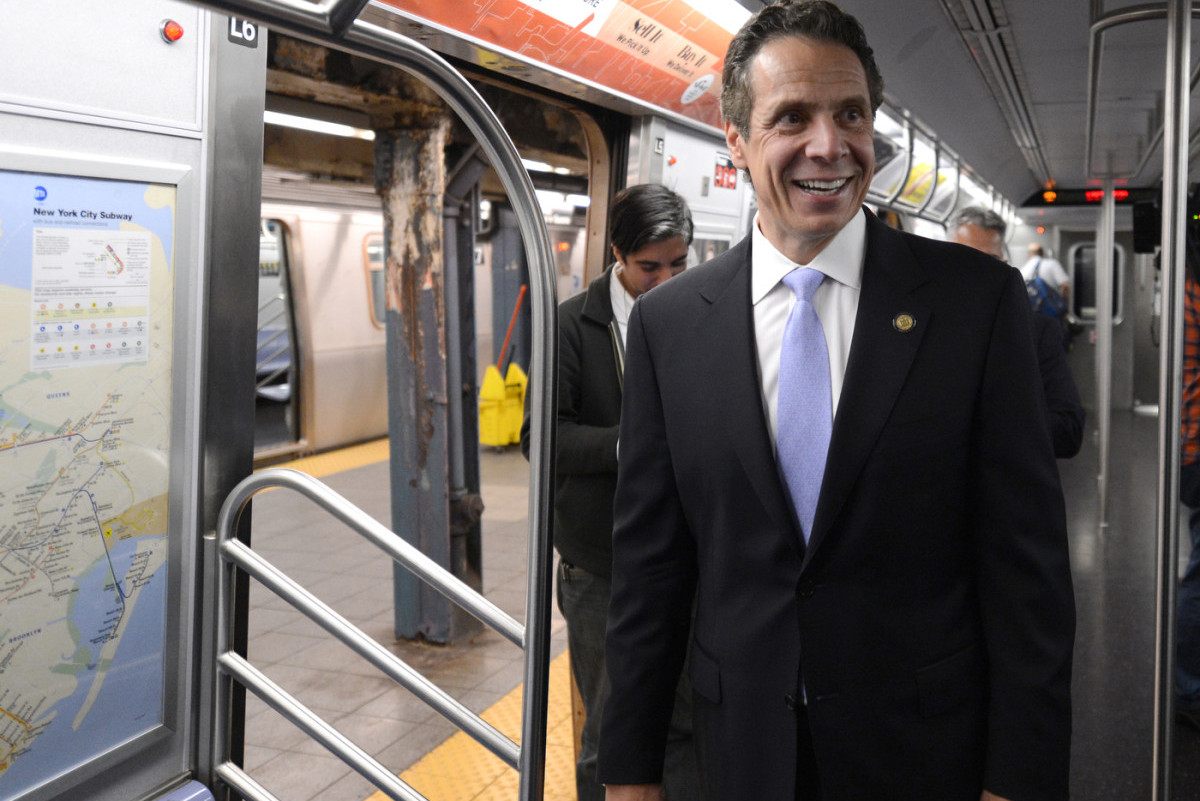 Gov. Cuomo versus Mayor de Blasio as 421a expires

Two of the state’s top Democrats are trading jabs over the 421-a tax program, showing cracks in the party agenda over the controversial measure.

Governor Andrew Cuomo and Mayor Bill de Blasio, who have described themselves as friends, are publicly criticizing each other, with advocates from real estate groups and unions lining up behind them.

Since late last week, their dispute has risen to a higher plateau, with de Blasio, who has often refrained from criticizing the Governor, openly questioning the leadership in Albany.

The two men started exchanging harsh words late last week, shortly after they met in Albany. Cuomo, who has aligned himself with unions calling for a wage requirement on affordable housing projects, called the mayor’s proposal “a giveaway to the developers.”

“A lot of people think the deal that’s been negotiated by the city is too rich for developers and doesn’t do enough for workers. I want to make sure the workers are protected and the developers get a fair deal. But I am not interested in passing a program that is a giveaway to the developers,” Cuomo said.

The mayor’s office responded with a statement, reiterating their claim that the plan will boost jobs and the number of affordable housing units in the city.

De Blasio also expressed regret for supporting the governor during the last election, saying, “I worked very hard for him. I worked very hard to convince my fellow progressives that they could trust what he said. And I would think he would want to be a partner in this and I don’t have any reasonable explanation for you why he’s standing in the way of a reform plan that would protect the taxpayers and create a lot more affordable housing.”

Relations have soured to the point that the two men are now avoiding each other. They took shifts attending the 51st annual Celebrate Israel parade, with both men finding it an appropriate time to air grievances. De Blasio started the festivities, directing a pointed rebuke towards his former boss at the Department of Housing and Urban Development.

“We’re not blind to petty politics. We’re not blind to the games people play,” he said during a speaking engagement at the Concord Baptist Church in Brooklyn.
“I’m just surprised the governor is acting this way. I tried talking to him about it — it’s not like he offered an alternative; it’s not like he had a specific vision of what would be better. So I can’t explain to you why he’s acting the way he’s acting, but it sure is not based on the facts or the substance.”

Cuomo, who also had disagreements with former mayor Michael Bloomberg, fought back, indicating that the proposal would have to be revised to gain support from Albany.

“I believe the mayor’s plan offers a sweetheart deal to large real estate developers in the city,” he said. “The mayor’s plan has raised serious questions that need to be addressed before the Legislature is going to support it or before I’m going to support it, frankly,” he said.
The exchange has inspired real estate groups, lobbyists and unions to pick a side in the feud.

“We overwhelmingly support Governor Andrew Cuomo’s comments today in support of working families over special interests. This is an important issue because it really does affect so many families, and that’s why we will continue to push in Albany for legislation that gives New Yorkers the ability to earn middle class wages which will improve lives,” said Up4NYC, a group representing contractors and workers unions.

“I do not agree with the Governor. While I believe that both the Governor and Mayor DeBlasio sincerely wish to reform 421a to increase the number of affordable housing units in New York City, the Governor’s suggestion that the Mayor’s plan is a giveaway to developers strikes me as disingenuous,” said Michael Greenberg, the CEO of Level Group.

REBNY is backing New York City Mayor Bill de Blasio in his 421-a reform push. “The plan put forward by Mayor de Blasio will result in the creation of much more affordable and market rate, multi-family rental housing in New York City,” the group said.

The tax break will expire on June 15, setting up a duel between the mayor and state leaders in Albany.