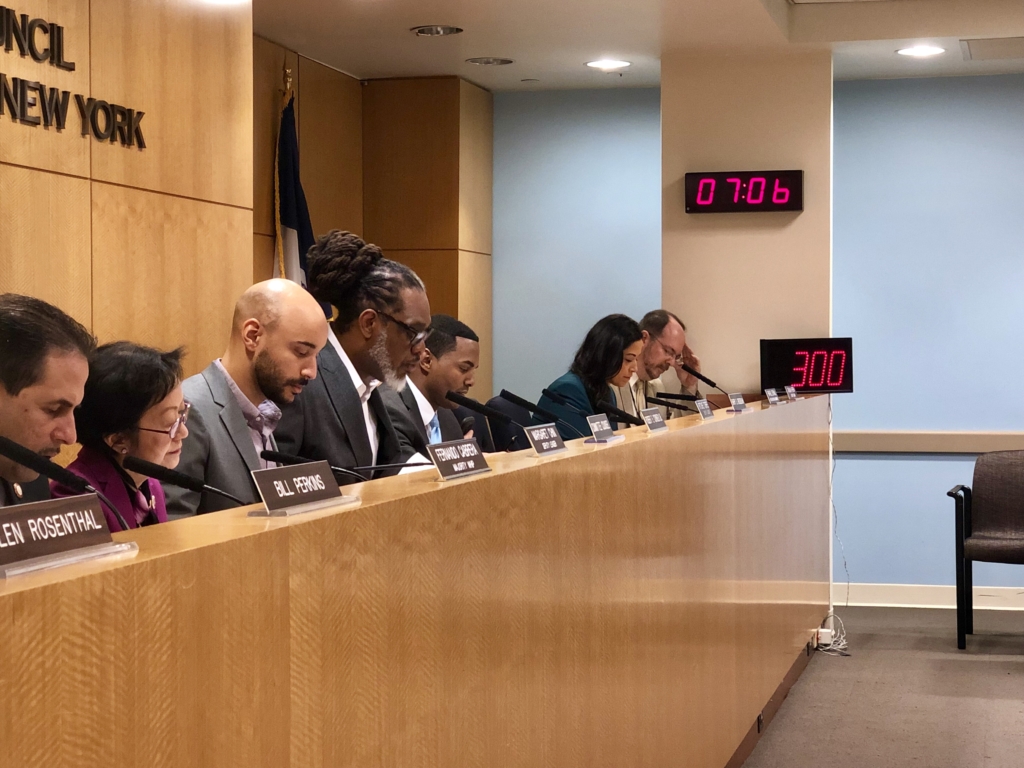 Last fall, the City Council introduced a package of 18 bills aimed at preventing tenants from being displaced due to aggressive tactics from landlords like exploitative buyout agreements or nuisance construction. On Wednesday, May 8, all but one passed.

They still require the mayor’s signature, but he has indicated his support for them.

A spokesperson for Mayor Bill de Blasio, Jane Meyer said, “From free access to legal services in housing court to the new Mayor’s Office to Protect Tenants, this administration has been fighting for tenants from day one. These bills will help bolster our efforts to protect all New Yorkers.”

Here is a rundown of what each of the City Council bills will do:

“For too long, residents have been unaware of their legal rent as prescribed by the state, overpaying landlords hundreds, if not thousands, of dollars a year,” Levine said. “Additionally, the practice of allowing landlords to make buyout agreements behind closed doors was a regulatory blind-spot that lent itself to abuse.”

Additionally this bill would require DOB to request information from the DCHR to identify false statements regarding occupied and rent-regulated housing and require DOB to conduct an audit of an owner’s whole portfolio of properties using information obtained from DOF if the owner has been caught either failing to obtain a building permit or submitting false statements regarding occupied and rent-regulated housing on an application for a building permit.

The sponsor of this bill is Richie Torres.

“We refuse to stand by idly while real estate companies and bad landlords play Russian roulette with the safety of tenants and the affordability of rent,” Torres said.

Antonio Reynoso, the bill’s sponsor, said, “Regardless of whether false information is submitted as a result of negligence or in an attempt to game the system, the Department of Buildings should be authorized to hold offenders accountable.”

“This legislation protects tenants from landlord harassment and being forced out by means of construction,” said Powers, “and I am glad to have the support of the Council and my colleagues in putting tenants first.”

“New York City tenants are under constant threat in 2019 from bad-acting landlords and developers fueled by rampant over-speculation,” Rivera said.

“Construction as a form of tenant harassment not only contributes to our affordable housing crisis, it puts tenant safety at risk,” Rosenthal said.

“The necessity for my three bills is illustrated by cases across the city, including a building in my district which has lost two thirds of its 300 rent-stabilized apartments since 2007. This exodus of tenants has been driven by massive construction projects, and the building owner’s persistent attempts to evade existing tenant protection laws, including routinely lying about the presence of rent regulated tenants in construction documents filed with the city. These malicious actions meant to displace tenants are beyond unacceptable, and through the leadership of Speaker Johnson, we are taking action.”

The one piece of legislation that didn’t make the cut was Intro 30 to recover relocation expenses incurred by the HPD pursuant to a vacate order. That bill’s sponsor is Margaret Chin.

Following the vote, the Real Estate Board of New York said it supports action that cracks down on unscrupulous landlords.

“We believe it is important to deter tenant harassment and target enforcement on bad actors,” said REBNY President John Banks. “We support the Council for passing legislation to address the issue of unlawful harassment and hope the city will monitor the impact of new regulations to ensure the vast majority of responsible owners are not negatively impacted by added layers of unnecessary paperwork.”

The City Council Housing and Buildings Committee holds a vote on anti-displacement bills the day before they were passed by the full Council on Wednesday, May 8.