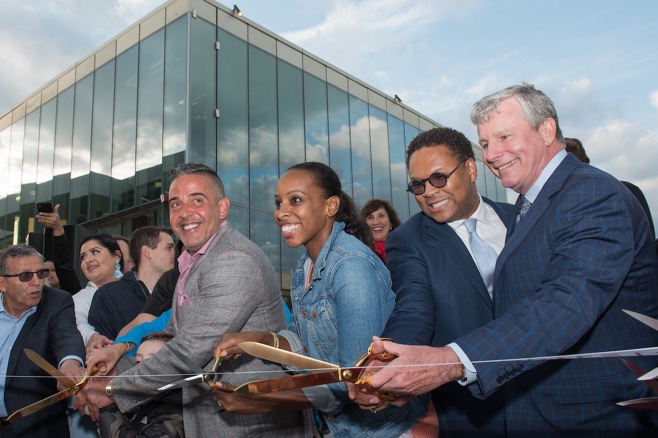 Starting today, visitors can bag outlet-priced merchandise in the modern, new shopping center developed by BFC Partners and designed by the SHoP Architects.


Retailers, including American Eagle Outfitters, Broome & Greene, Crocs and morewill open their stores throughout the spring and summer.

Empire Outlets, is being marketed to visitors from around the world
in collaboration with NYC and Co., and is expected to become a premier shopping destination.