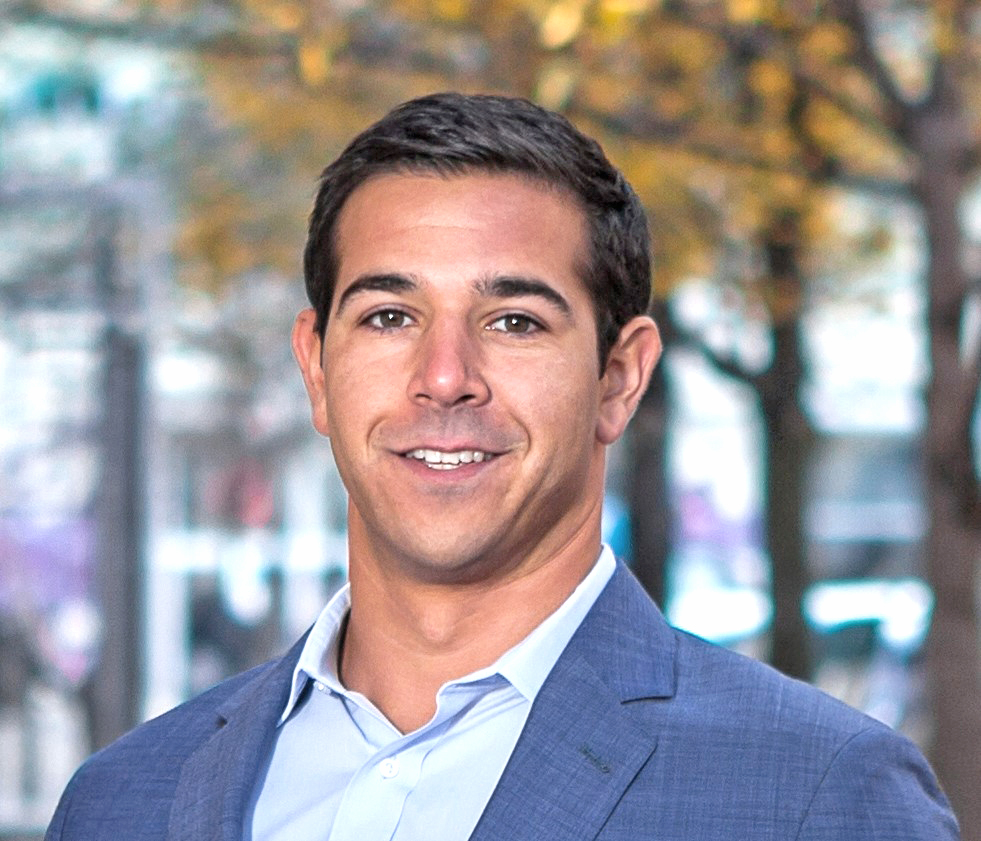 The mid-market investment sales industry is a land of opportunity for one of Lee & Associates’ new senior managing directors.

Chris Varjan was one of six executives hired earlier this summer to build an investment sales division that would compliment Lee & Associates legacy leasing business and a new residential division.

Varjan left Venture Capital Properties along with Vickram Jambu, George Steffani, Ben Sutton and Jonathan Braun to launch the new division with Paul Popkin and a team of support staff.

Ten 10 years into his real estate career, Varjan said he knew from his early days at New Jersey’s Monmouth University that he was going to be in real estate.

While pursuing his degree in real estate development and finance, he undertook an internship by where he lived in Bergen County, New Jersey, at a family office that owned properties. His early days revolved around turning old gas station properties into new banks and 7-Elevens.

He quickly grew out of the small-town market and, in 2009, landed at luxury Manhattan apartment brokerage, Blackstone Properties, where he focused on the Downtown rental market before shifting to the Brooklyn condo market and becoming the

Eventually his ambitions led him to Venture Capital Properties where, as a director he specialized in land sales for mixed-use and multi-family development while also carving out a niche in the hospitality space.

In 2016, Varjan represented the seller in the $22 million sale of the McCarren Hotel at 160 North 12th Street in Williamsburg. Varjan said he and his partner won the gig by taking a different approach to attracting higher offers.

“One of our strong suits is we like to get creative and scratch out every dollar of value we can, finding and creating value where others probably won’t see it,” Varjan explained.

With the McCarren Hotel, they hired hotel operators to go through the floorplans and identify the operational inefficiencies in the hotel. The experts found that there was excess garage space and their data pointed to a demand for more food and beverage retailers. In shaving away some garage space and creating additional space for food and beverage, they were able to get better offers and seal the deal.

While they carved a respectable niche in the hospitality market, Varjan said he and his team was looking to take its business to the next level. “We found that with where we were, we could sell to anyone but couldn’t sell for anyone,” Varjan said of their situation at Venture Capital Properties. “We were looking for a bigger, broader national platform where we could recapture some institutional business and spend less time explaining what our company is and more time explaining what we can do for the customer.”

It was serendipitous that Lee & Associates was considering launching an investment sales arm when Varjan and his five team members were looking for opportunity in the sector. “They had good talent and quality people there with a strong reputation in the space they were in,” Varjan said of Lee & Associates.

“…we like to get creative and scratch out every dollar of value we can, finding and creative value where others probably won’t see it.”

And with Lee & Associate’s network of retail and a residential arm that also opened up recently, Varjan said he’s able to better maintain relationships by offering his clients other types of service and representation within the company.

Varjan noted they were only interested in growth that was high-quality and controlled. He added that they’re looking into bringing in a debt and equity team to work alongside the investment sales team.

So far, the Lee & Associates investment arm has closed several deals. At 1440 Amsterdam Avenue in Manhattanville, the team closed on the $8 million sale of a one-story grocery store with untapped air rights.

They’ve worked on senior housing developments, including at 1622-1632 York Avenue on the Upper East Side.

“Our policy is to follow our nose,” Varjan said of the division’s future. “We always had a good eye and nose for value-add deals, so we’ll continue to follow that throughout the city.”

Varjan said there’s a lot of opportunity for the team to succeed in an industry that’s waiting for the dust to settle. “I think other brokers are hyper-focused on originating deals and getting exclusives,” Varjan said. “Our motto is we spent 50 percent of our time talking deals with guys, feeling the market, and introducing ourselves to new money.

“Rather than putting out advertising for six months and see who offers bids, we already know who’s going to be in the market and we’ll take the deal to them rather than sit back and have someone call me saying they’re interested.”

They’re also hoping to capitalize on a market where buyers and sellers don’t have loyalty to a specific brand or brokerage.

“The market today will continue to favor a process like ours that’s quick and targeted,” Varjan said. “I think we can be extremely effective and the market is going to serve us really well in the next 24 months while things are still shaking up and the waters are a little murky. For us, I see a lot of opportunity.

Editor’s Note: In the October 24 edition of Real Estate Weekly, we incorrectly stated that Chris Varjan sold a building at 21 Clark Street in the story “Varjan looking to stir things up in investment sales sector.” Venture Capital Properties’ managing director of leasing and acquisitions Ali Reslan represented the buyer, Kayne Anderson Real Estate, when they purchased 21 Clark Street from the seller, Jehovah’s Witnesses.