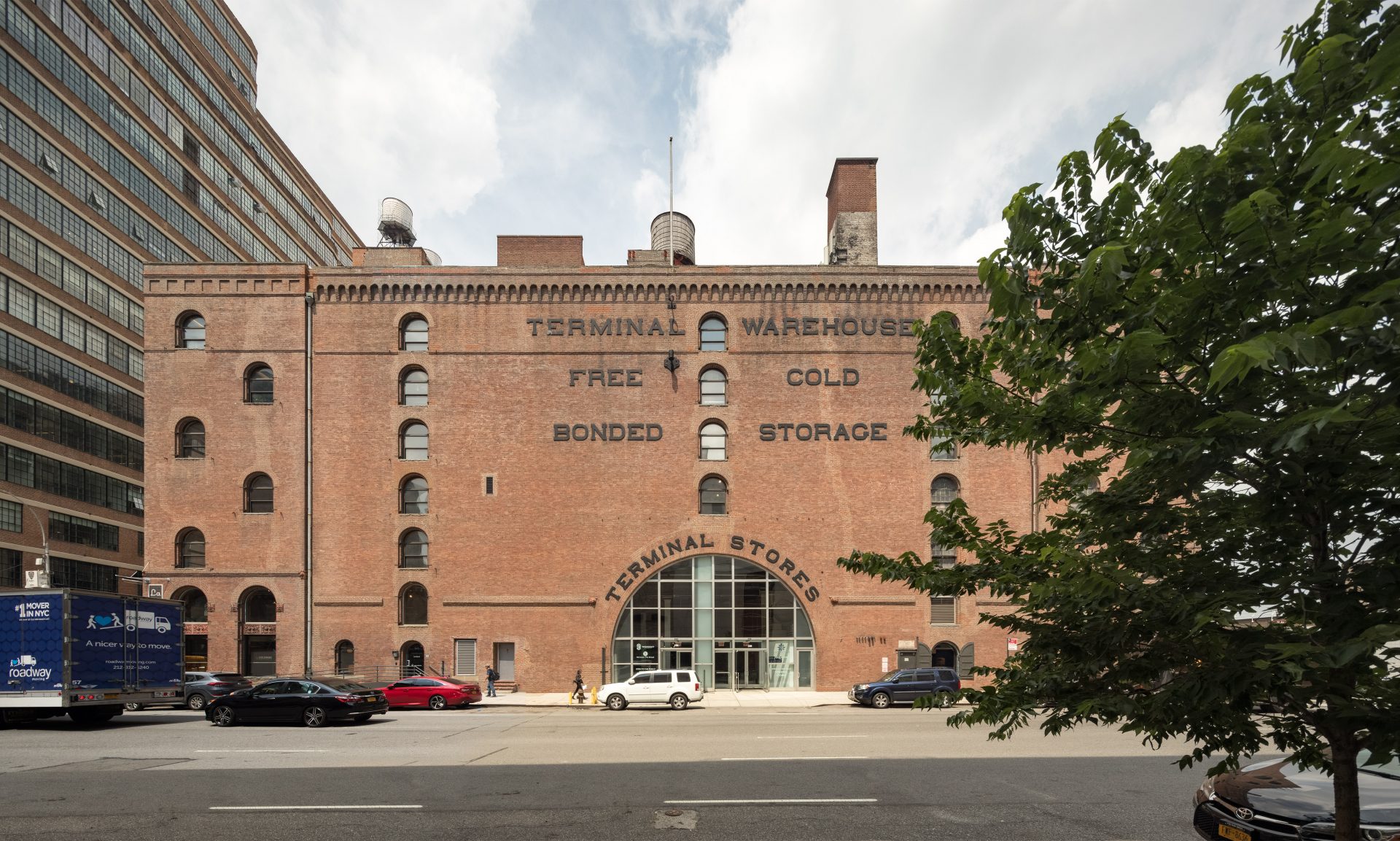 Normandy, L&L and J.P. Morgan will further transform the historic, former warehouse complex into a cutting-edge office and retail destination.  To do this, the partnership will convert approximately 500,000 square feet of self-storage space to Class A office use.  The partnership will also add modern touches throughout the property while preserving the integrity of the original structure.

“The Terminal Stores is a magnificent property that echoes the rich history and authenticity of New York City, while also speaking to the area’s current vibrancy and limitless potential,” said L&L Holding Chairman and CEO David Levinson.

“Normandy and J.P. Morgan are the perfect partners for this West Chelsea redevelopment, where demand for offices, showrooms, event space, eateries, and high-end galleries continues to grow.”

“Normandy Real Estate Partners, along with L&L, have extensive and successful track records of taking historic and underused properties and renovating them to the benefit of the neighborhoods, communities, and all stakeholders involved,” said David Welsh, Founder and Partner at Normandy Real Estate Partners. “Together, in partnership with J.P. Morgan, we’re excited to begin the transformation process of The Terminal Stores, while paying homage to the original structure.”

Blackstone Managing Director Michael Eglit said, “We are excited to build on our long standing relationship with Normandy, L&L, and JP Morgan and be a part of this transformational project.”

The redevelopment builds upon both L&L and Normandy’s extensive expertise in undertaking transformations of Manhattan properties.

L&L is currently undertaking four major redevelopment projects at 425 Park Avenue, 390 Madison Avenue, 150 Fifth Avenue, and the $2 billion TSX Broadway project in Times Square.  The firm is also widely known for the renovation of 200 Fifth Avenue, the former International Toy Building and the retail redevelopment of the landmarked lobby space at 195 Broadway, which is now home to Nobu and Anthropologie.

The Terminal Stores is also in keeping with Normandy’s successful track record with opportunistic and value-added redevelopment projects. Among some of those projects, the company is the developer at 880-888 Broadway, where it is converting the upper retail floors at the ABC Carpet & Home building into boutique office space, and is set to begin construction on a new 12-story loft-style building at 799 Broadway, which is situated at the convergence of Union Square, Greenwich Village, NoHo and the East Village. Normandy also recently renovated 80-90 Maiden Lane, two adjacent office buildings with ground-level retail that sit in the heart of the Financial District and combine for over 610,000 square feet.

Darcy Stacom and Bill Shanahan of CBRE exclusively represented the seller, a joint venture of Waterfront New York and GreenOak Real Estate Advisors LP. There were no outside brokers for the buyer. The team of James Millon, Tom Traynor, Ethan Gottlieb and PJ Finley with CBRE Debt & Structured Finance arranged the $650 million acquisition financing on behalf of the Sponsorship.