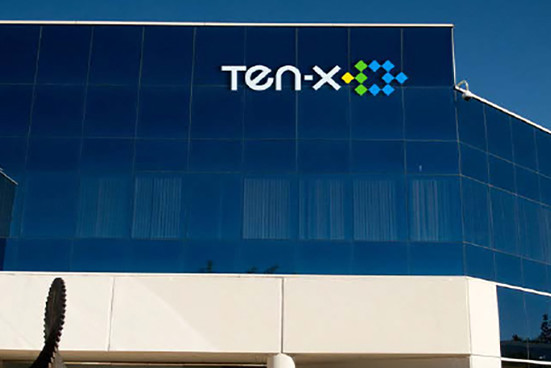 Camille Renshaw is pragmatic about the place of women in the field she’s been in for over two decades.

“There continues to be not as many women as men. It’s a combination of two things,” she said. “Most women aren’t told when they are younger that being a commercial broker is an option. Many are told that being a residential broker is a great option to make a living and have a life. That kind of remains a reason why there probably why aren’t more women. It’s also very difficult to have work-life balance. This is for the men as well, it’s not just for the women. It’s very difficult to have work-life balance when you’re in real estate because it’s non-stop. That likely deters some women from having a career in real estate.”

Renshaw, who said she is actively attempting to boost female employment in her firm, is encouraged by the increased male-to-female ratio. However, she stopped short of declaring the technology industry as a bastion for gender equality.

“Being at Ten-X, there are a lot more women that work here than any company I’ve ever been in the real estate world. That’s refreshing. I don’t want to pretend that tech is particularly balanced in terms of women, but it has been refreshing for me. It doesn’t feel like there are just four women in the firm,” she said.

Nonetheless, Renshaw is overseeing a culture shift in the most progressive corner of the real estate industry. Renshaw, who previously worked in the investment sales division of Colliers International, is bringing strategies from traditional firms into the decidedly disruptive world of real estate tech start-ups.

When she was named to her post last September, her main mission was to boost revenue. She said she tackled the task with techniques from her previous employer, the Stan Johnson Company.

Renshaw is serving as a conduit to a modular approach for cultivating teamwork. Her team, along with others in Ten-X, are called “Legos.”

“The concept is that they can clip on to one another to collaborate on a big project or property of any sort. We’re really building something in that spirit,” she said.

It is under this framework that Renshaw is stimulating growth. Ten-X, which used to be Auction.com, claims to be “the future of real estate,” with promises to enable buyers and sellers to “transact properties completely online.”

The model has so far proven to be viable. The company was responsible for almost $9 billion in deal last year. It also has a spot in the Guinness Book of World Records, with the record for the largest e-commerce transaction in history.

The firm served as the platform for the $96 million sale of the Manhattan Towers in Southern California.

Renshaw has since added the company’s deal portfolio. Under her watch, the company has been involved in deals such as the sale of the Eastport Office Building in North Carolina and financing for a Comfort Inn & Suites in Pennsylvania.

Currently, there are over 200 listings for commercial properties on the Ten-X website, with starting bids as low as $100,000.

Renshaw will appear at the 6th Annual REW Women’s Forum on June 14. She will be part of the Global Changes panel with Cushman & Wakefield’s Marcella Fasulo. For more information, visit www.nycwomensforum.com