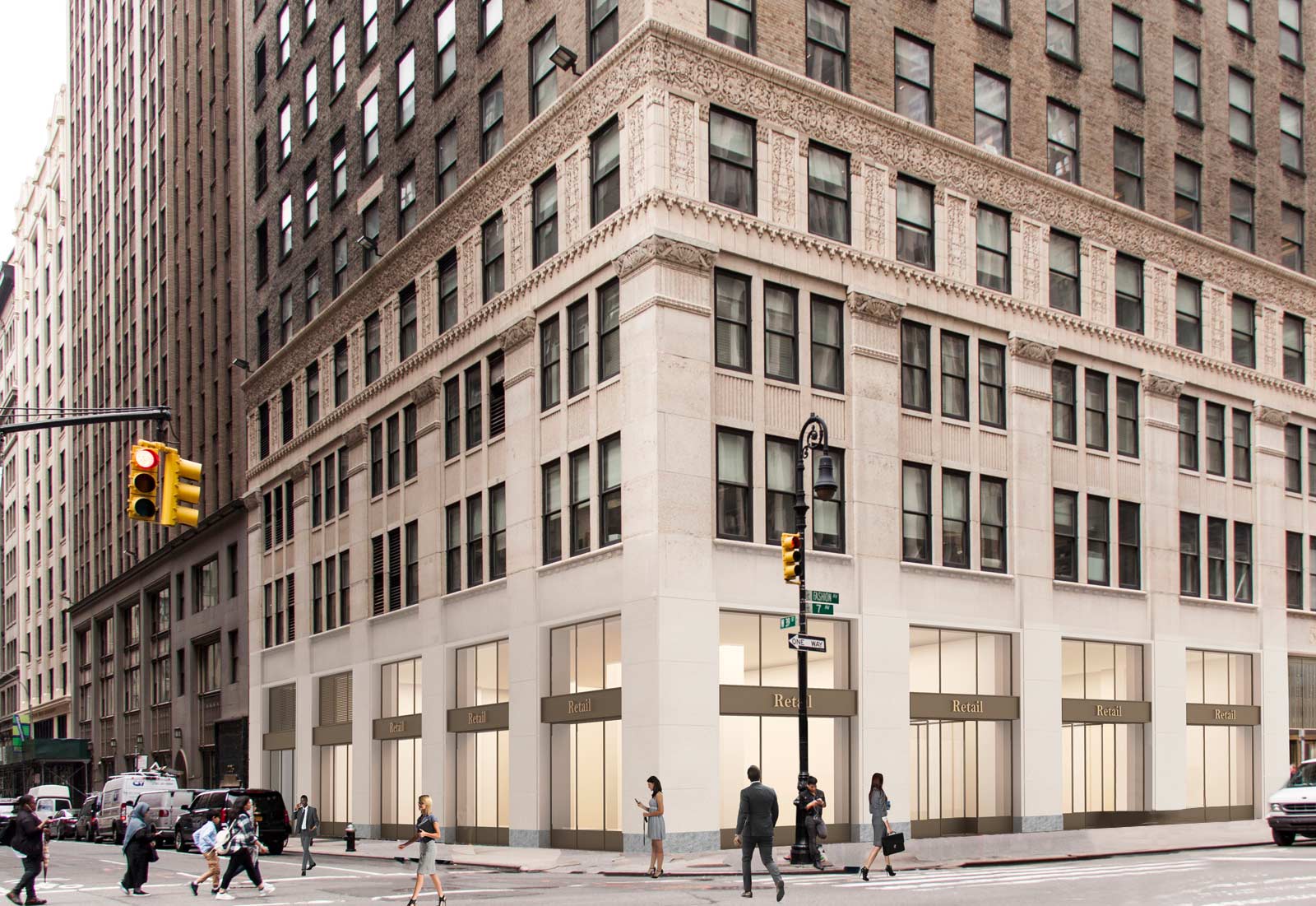 The Kaufman Organization and the Adler Group announced that Shanghai Shenda America, a global textile manufacturer, has expanded its New York City presence with a 10 year, 12,015 s/f full-floor lease for showroom and office space on the 15th-floor of 550 Seventh Avenue.

Kaufman’s Michael Heaner, a partner at the firm, along with Sam Stein, vice president of leasing, serve as exclusive leasing and marketing agents at the property, which has undergone a rebrand in an effort to attract a wide-range of tenants from the fashion and TAMI industries.

In addition to the existing open and expansive office spaces, with all glass offices and an abundance of natural light, ownership has modernized communal spaces like the lobby and renovated the property’s façade.

“The Adler Group committed to a strategic repositioning campaign, one that showcased the building’s history as a premier fashion destination, but also rebranded the property to attract firms that crave social spaces conducive to creativity and innovation,” said Heaner.

“To that end, we have been successful in securing leases with traditional fashion houses, like a Shanghai Shenda, and with the creative TAMI firms exploring larger offices spaces north of Midtown South.”

While terms of the lease are undisclosed, asking rents for the 15th-floor space ranged in the low $60’s-per-square-foot. David Levy and Jeff Buslik of Adams & Co. represented Shanghai Shenda.

“Shanghai Shenda, the U.S. subsidiary of the largest clothing manufacturer in China, needed a larger space to accommodate its growing practice in New York,” said David Levy, principal of Adams & Co. “The company also wanted to remain in the Garment District near like-minded tenants and Manhattan’s numerous transit options, which Adams & Co. was able to accomplish by securing a 12,015 s/f office only four blocks south of the tenant’s previous location. Shanghai Shenda was ultimately attracted to 550 Seventh Avenue as it met its requirements and exceeded its expectations with a light-filled open floor plan and a renovated Art Deco style lobby.”