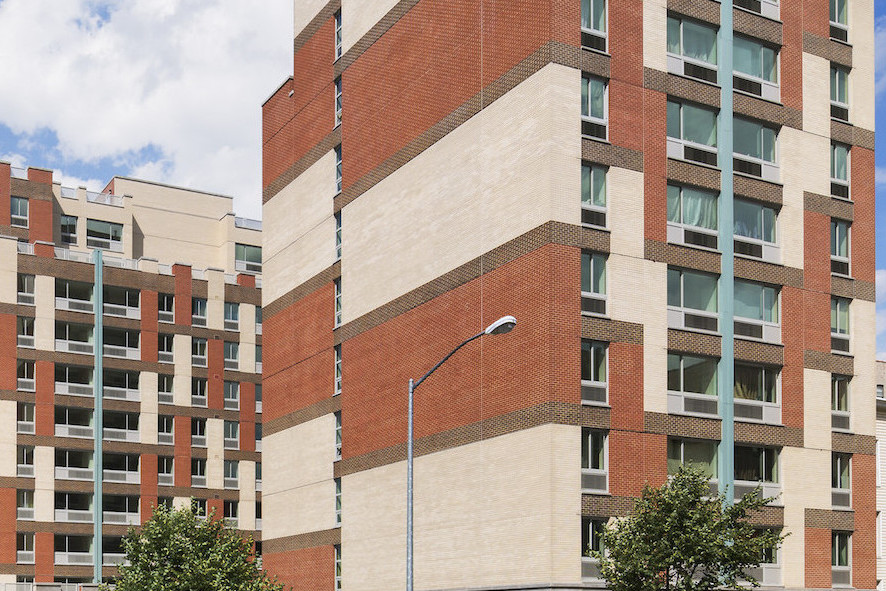 Some of the cityʼs most prolific apartment builders and designers have given Mayor de Blasio’s Zoning for Quality and Affordability (ZQA) and Mandatory Inclusionary Housing (MIH) zoning proposals a big thumbs-up.

In a letter to City Planning Commission Carl Weisbrod in support of the proposed legislation, they say it will help tackle the affordable housing crisis in New York City.

Nearly 70 companies — builders, developers, architects, owners, and service providers — signed the letter to the chairman of the NYC Department of City Planning, commending de Blasio’s zoning plans and explaining why the laws are important to the city.

“The common sense zoning changes in ZQA will enable New York City’s affordable housing development community to design affordable buildings and units that better serve the millions of New Yorkers who apply for and depend on New York City’s subsidized housing programs,” the letter reads.

L+M Development Partners, Monadnock Construction, Slate Property Group, The Hudson Companies, BFC Partners, Are among the companies that signed on to the letter of support. All of the firms listed are members of the New York State Association for Affordable Housing (NYSAFAH), an organization that also supports the zoning laws.

On December 16, the City Planning Commission held a public hearing in Lower Manhattan to hear public testimony on the Mandatory Inclusionary Housing and Zoning for Quality and Affordability Text Amendments.

The zoning amendments were first put into motion last February, and have now been through the required process land use, community board, borough president, and city planning commission reviews. A City Council review, the last hurdle for the plans, will take place in “Early 2016,” according to nyc.gov.

The two-part plan would make it mandatory for all new construction to make a quarter to a third of its units affordable, would increase senior housing construction, encourage better quality product in terms of shape and size, and make parking optional for new affordable housing units in areas well-served by public transit.

The Hotel Trades Council also announced its support, with 30,000 members living in NYC, in a letter issued to the Department of City Planning.

“Quality, affordable housing is the lifeblood of New York City. That is why our members are united in support of Mayor de Blasio’s ambitious affordable housing plan and the important zoning changes that support it. For the first time, Mandatory Inclusionary Housing will require that developers shoulder some of the cost of building affordable housing in our city, stretching public subsidies further. Zoning for Quality and Affordability will result in more much-needed senior housing, better community facilities and commercial space for retail and jobs in our neighborhoods.

“These two proposals together mean one thing: more affordable housing for working and middle class New Yorkers. We strongly support the Mayor and his administration on this bold plan, and urge all City Council members to pass these initiatives to help build a livable future for all New Yorkers,” said HTC President Peter Ward.

However, the plans have met with disapproval as well.

Manhattan Borough president Gale Brewer is split on the issue — while she supports the Mandatory Inclusionary Housing plan, she does not support the Zoning for Quality & Affordability plan, citing flawed environmental review, and the possibility that the plan would undermine “hard-won neighborhood planning victories and neighborhood character.”

“The ZQA plan takes a one-size-fits-all approach that doesn’t make sense for neighborhoods that have been working for decades, in some cases, to preserve their character and chart a course to smarter development,” said Brewer in statement on her website.

“There are a number of changes the administration can make to improve ZQA, and I appreciate that they are starting to make some of them, but I can’t give this plan my approval in its current form.”

Bronx Borough President Ruben Diaz Jr. spoke out against the amendments at the City Planning Commission hearing Dec. 15, accusing the city of trying to push the amendments through too quickly.

“The submission of over 500 pages of text amendments at the same time is an unreasonable burden on most community boards to adequately review and evaluate their local neighborhood impact,” said Diaz Jr. at the hearing. “These text amendments will govern land use development for our city for decades to come and should not be adopted in such a short period of time. Something so profound as the future development of this city cannot be rushed.”

Achieving our city’s affordable housing goals cannot be accomplished in a vacuum. Our goal as a city should not be just to achieve a goal of 200,000 units, but to meet the individual needs of each and every community in this city.  Allowing just 60 days for our community boards to weigh in on these proposals is disrespectful to the boards, their members and the neighborhoods they serve, and goes against the spirit of progressive, inclusionary and transparent government.”