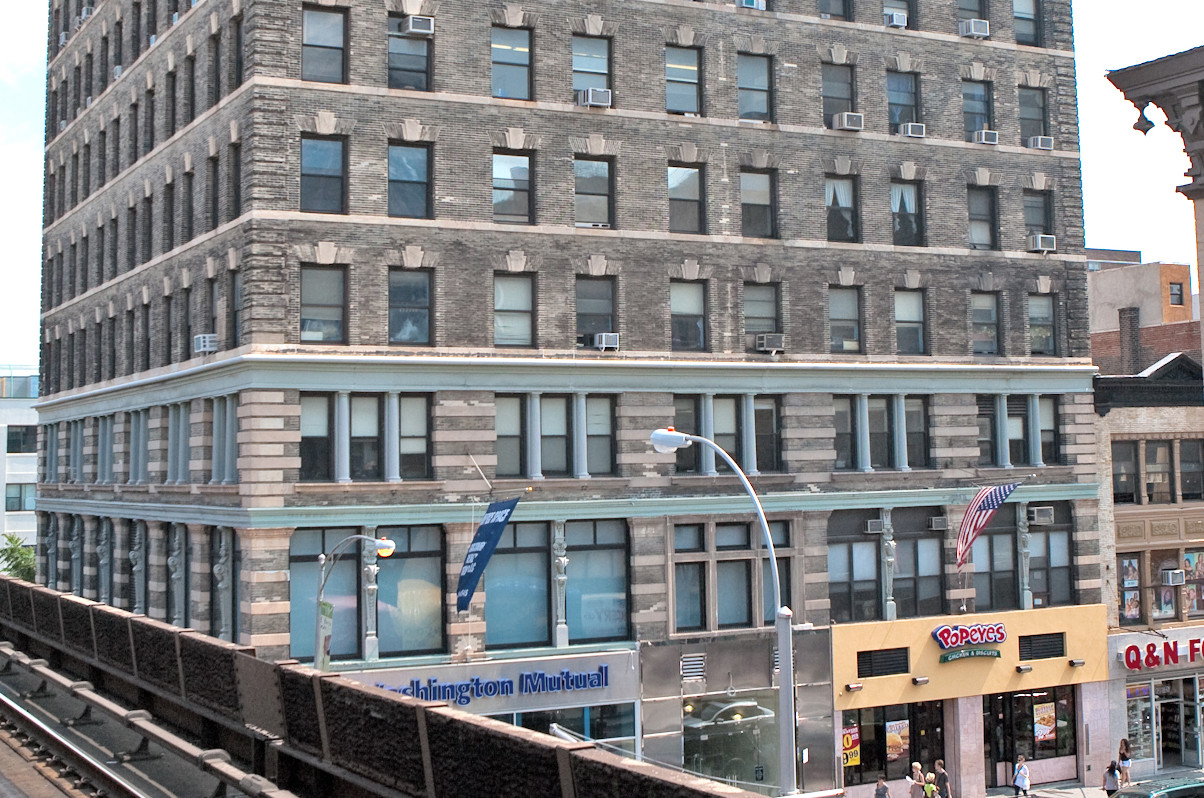 Next to marrying my wife, buying the Lee Building was best decision I ever made, says Eugene Giscombe

Veteran real estate player Eugene Giscombe said this week that, next to marrying his wife, buying the historic Lee Building in Harlem was the best decision he ever made.

This week, he closed on the sale of the property to Savanna for $48 million.

“Next to marrying my wife, buying the Lee Building was the best decision I ever made,” said Giscombe.

When Giscombe first purchased the building, it was only 20 percent occupied. Today it is almost fully occupied by a variety of firms, including his own.

“The East Harlem commercial market has come full circle and the time was right to sell now,” said Giscombe. “We believed that 125th would become the next office mecca in Manhattan and it has. The people and businesses that can’t afford midtown rents but want proximity to midtown have discovered 125th Street is a smart alternative.”

Over the years, Giscombe invested several million dollars in restoring the historic, ornate Lee Building that was built in 1898 as a dry goods warehouse for Lee Brothers and was once Harlem’s tallest building.

“Yes, prime real estate does exist past 96th Street,” added Giscombe, who is also an active community leader in Harlem, who served as former chairman of the 125th Street Business Improvement District, Community Board # 10 and The Greater Harlem Real Estate Board. “I always felt there was a treasure here.”

Most recently in 2011, Giscombe oversaw a major restoration of the building’s historic facade, lobby, exterior accent lighting, elevators and office spaces. Back in 2005, he assembled a restoration team to meticulously restore the pressed metal cornice and parapet and masonry and cast iron work on the South and West facades.

Giscombe feels strongly that the years of renovating and upgrading the building and attracting diverse tenants, set the direction for other developments in Harlem and the 125th Street corridor. “We helped change the face of 125th,” he said.

In 1979, 125th Street was lined with many vacant stores. Today many large national retail chains like Red Lobster, H&M, Sephora, Staples, Marshall’s and others line the corridor.

As 2016 begins, Giscombe plans to take his company in a new direction, moving away from management, towards more investment opportunities.

“We are looking to invest in small commercial/retail properties, not just in New York City, but also in Westchester and Rockland Counties,” said Giscombe, who will also move the firm a few blocks west, to new offices at 2090 Adam Clayton Powell Blvd.

A  zoning plan approved by the City Council in 2008 will bring 1.8 million square feet of new commercial, residential and retail space to the neighborhood.

“Harlem is an emerging office market with a significant amount of momentum as retailers and new tenants continue to expand upon this vibrant corridor,” said Cooper Kramer, managing director at Savanna. “1825 Park Avenue is a prime location within this market and is well positioned to be a leading commercial property in the 125th Street market under Savanna’s ownership.”

Taxpayers guide to real property: Are you dealer or investor