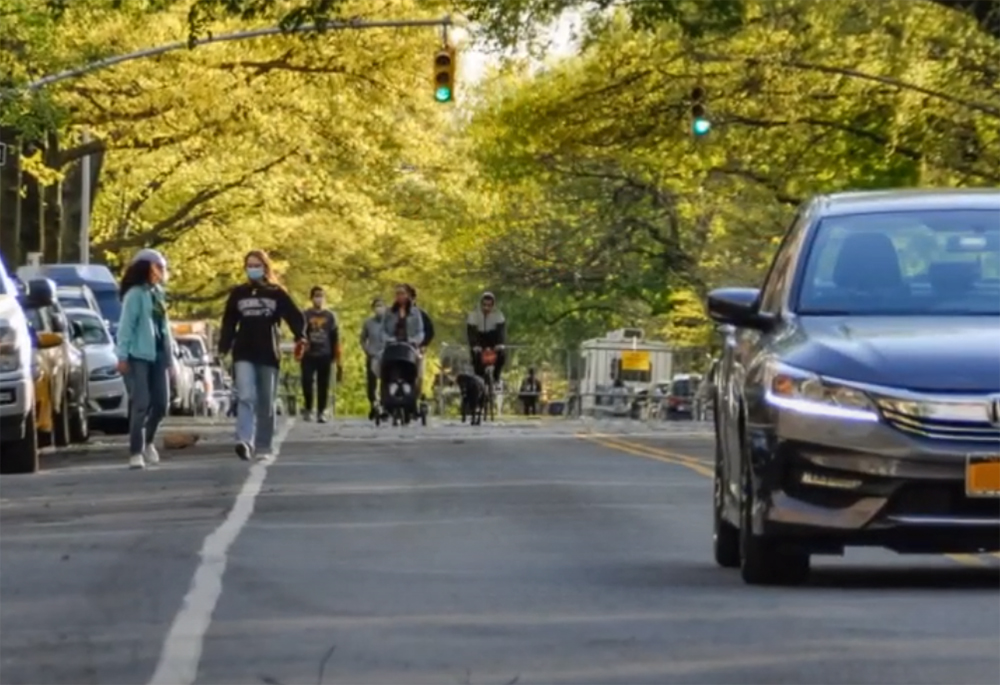 Gutman, who serves as chair of the Brooklyn Navy Yard and serves on the Board of Brooklyn Bridge Park, was a member of Mayor de Blasio’s BQE Expert Panel in 2019 and 2020.

“Hank Gutman is a visionary leader whose decades of civic life in this city have made New York City fairer, better, and more accessible,” said Mayor Bill de Blasio. “We made permanent and progressive changes to city streets last year, and we have more to do this year. I can’t wait to work with him to expand transportation options to every New Yorker and build a recovery for all of us.”

Acting Commissioner Margaret Forgione, who has led the department on an interim basis since December, will remain in the department and serve as Gutman’s First Deputy Commissioner. Jee Mee Kim, currently a principal at HR&A Advisors and a 20-year veteran of national transportation and urban development projects, will join DOT as Chief Strategy Officer.

Carlo A. Scissura, president and CEO of the New York Building Congress, called Gutman “a visionary” who had helped  make the Brooklyn Navy Yard “the national economic success it is today.”

Scissura added, “Having worked alongside him on the BQE Expert Panel, I know first-hand the tremendous value of Hank’s experience, commitment and dedication to New York City. I look forward to continuing to work with him on revitalizing New York City’s transportation infrastructure.”

Gutman said that will include building 10,000 new bike parking racks by the end of 2022 – more than triple the City’s current Green Wave commitment.

The agenda also includes what’s being billed as “the most dramatic reshaping of New York City’s streets in generations.”

The City plans to increase public space in neighborhoods hit hardest by COVID-19; make Open Streets permanent; expand the city’s protected bike lane infrastructure with “Bike Boulevards” in every borough; and offer “Bridges for the People,” which will offer expanded cycling infrastructure on the Queensboro and Brooklyn Bridges.

“We have an opportunity to chart a new path for this city – one that leaves Robert Moses’ vision behind, beats back COVID-19, protects our environment, and builds a fair, safe, and equitable recovery for all of us,” said Commissioner Gutman.

“Today’s commitment to build 10,000 bike parking spaces will give more New Yorkers than ever an appealing alternative to car culture, and it will transform biking in this city. I’m grateful to Mayor de Blasio for giving me the chance to serve the city I love. I can’t wait to get started.”

“I have served in City government since the 1990s, and I’ve seen the remarkable evolution of DOT’s mission. This administration has tasked the agency with creating a City for the people:  safe streets, high quality public spaces and an equitable transportation system,” said First Deputy Commissioner Margaret Forgione. “I know Hank and Jee Mee believe deeply in that agency’s vision. I’m excited to welcome them to the team, and I can’t wait to start this new chapter alongside them.”

“As a long-time transportation planner – and resident of the Rockaways in the aftermath of Superstorm Sandy – I believe in the power of transportation to uplift neighborhoods and transform our city,” said Chief Strategy Officer Jee Mee Kim. “I am optimistic about the opportunity we have before us, and I can’t wait to advance this agency’s mission and deliver recovery for all of us.”

Gutman, a 45-year Brooklyn resident, is a retired partner of Simpson Thacher & Bartlett, LLP, where he headed the Intellectual Property Practice Group from 1996 until his recent retirement. During his 40-year legal career, Gutman litigated a wide range of high-profile cases, including Lotus v. Borland, which he argued before the U.S. Supreme Court.

He is a trustee of the Brooklyn Public Library, where he co-chairs the Digital Innovation Committee, and a member of the Board of St. Ann’s Warehouse. He previously served as Vice Chair of the New York League of Conservation Voters, and as a Board member of the National Center for Law and Economic Justice.

Margaret Forgione has served at DOT in senior roles since 1994, most recently as Acting Commissioner. Prior to that, Forgione served as Chief Operations Officer, a position she held from June 2016 until December 2020. Forgione has previously served as DOT’s Manhattan Borough Commissioner. She has also led DOT’s Arterial Maintenance Unit, directed the Adopt-A-Highway program, and served as a Special Assistant to the First Deputy Commissioner. Forgione began her work in New York City government as a Senior Analyst in the Mayor’s Office of Operations.

Jee Mee Kim brings 20 years of experience in managing complex urban development and transportation projects across the United States. Before joining HR&A Advisors in 2014, she served as a Principal at Sam Schwartz Consulting in New York City, where she spearheaded transportation studies, environmental reviews, and land use approvals for major projects such as IKEA Brooklyn, Atlantic Yards, and the Brooklyn-Queens Expressway Triple Cantilever Study. Kim brings extraordinary experience in transit-oriented development, resiliency, open space planning, and organizational strategy. She began her career as a social justice leader, whose work ranged from organizing New York City’s Asian immigrant communities around workers’ rights and housing issues at CAAAV to advocating for clean water and recycling at the Natural Resources Defense Council’s Urban Program.

Weisbrod added, “Jee Mee, along with Hank Gutman, already a civic legend, and Margaret Forgione,  establishes an outstanding team that will enable DOT to seize the extraordinary opportunities to make better use of our streets and sidewalks as we emerge from the pandemic.”