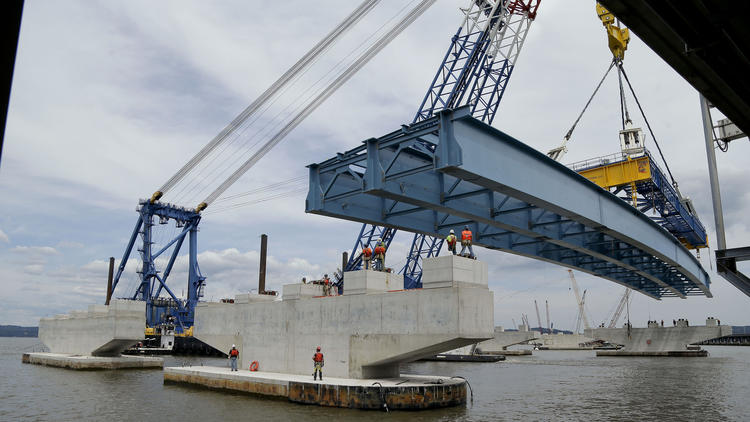 They have also called on the newly blue US House of Representatives to help turn the tide on skilled worker shortage plaguing the construction industry.

“We congratulate all the winners from [yesterday’s] election and look forward to having the opportunity to educate newly elected members about the construction industry’s many contributions to our broader economic prosperity” said Stephen Sandherr, chief executive officer of the Associated General Contractors of America

“We are eager to work with the new Congress to ensure its members focus on enacting measures that will further contribute to economic growth. Our top priority will be helping both parties come together to enact the kind of significant new infrastructure measures the President has long promised. This is an issue that leaders in both parties have expressed support for and we expect them to make infrastructure a top priority early in the new year.”

The AGC has hailed a draft infrastructure proposal issued over the summer by the House Transportation and Infrastructure Committee that set out a financial roadmap to pay for improvements to aging an over-burdened roads, railways and waterways across the country that included gas tax, the sale or lease of public assets, streamlined environmental reviews and more public-private partnerships.

Noting at the time that the proposal “could be politically difficult,” Sandherr said the legislation would lead to marked improvements in the quality, efficiency and safety of the nation’s surface transportation systems.

“It will make American employers more competitive and successful by reducing the costs of coping with the chronic congestion, detours and delays that effectively serve as a tax on business. And it will help prepare our transportation system to accommodate the kind of technological improvements – including self-driving vehicles – that are likely to radically transform personal and commercial transportation for the years to come,” said the CEO.

Sandherr said the AGC would also work with the new Congress to double federal investments in career and technical education over the next five years.

“Our economy is producing too many underemployed college graduates and too few people with the skills needed to pursue high-paying construction careers,” he said.

Earlier this year, the AGC launched a nationwide campaign to tackle the skilled worker shortage by changing misperceptions of the industry and appealing to a younger generation to secure a healthier talent pipeline. “[Society has] done a great job over the years of convincing every parent and educator that you have to go to college to have a good life and profession and that’s just not true,” said Robert Lee, of English Construction and a campaign participant. “To get the word out that you can have a successful job and not be in debt after four years of college is a great message.”

Also high on the AGC to-do list for the new House is immigration reform that secures borders, addresses the undocumented workers already here and establishes a new guest worker visa program for construction.