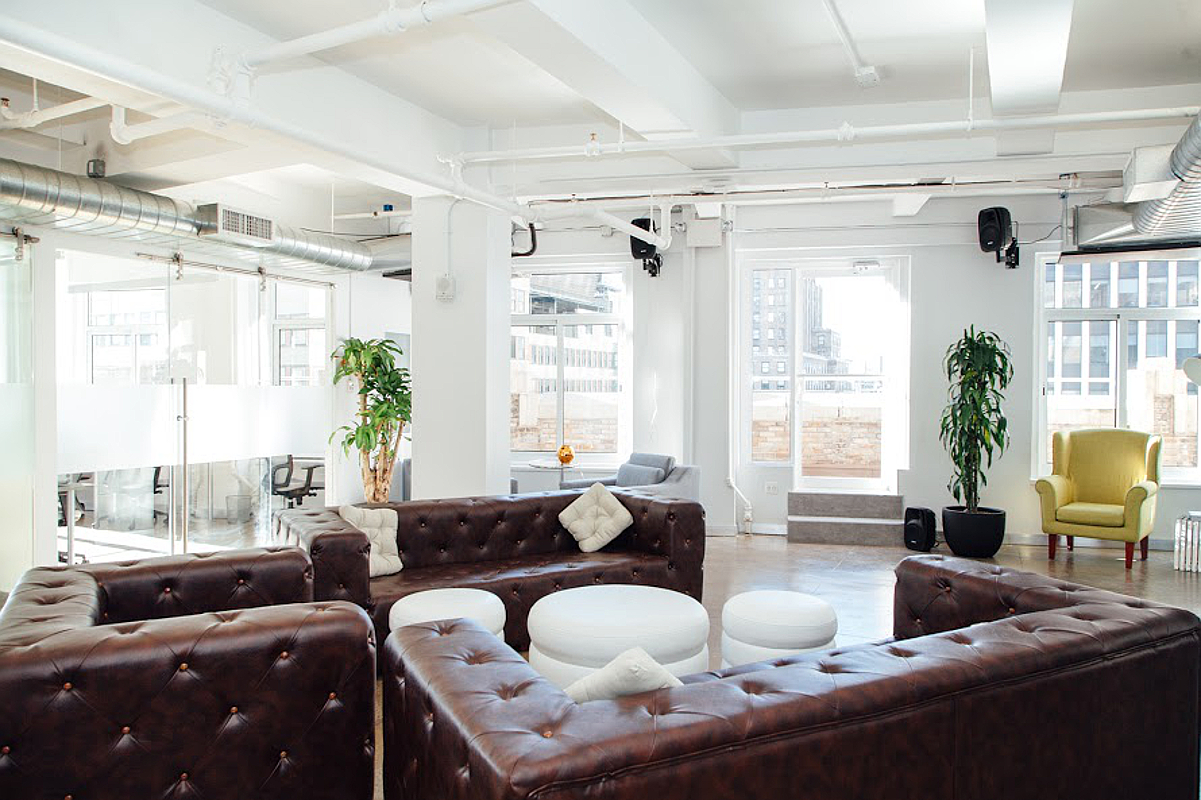 The company took another 4,000 s/f at the tower’s fourth floor. According to D.J. Dashti, one of Workville’s co-founders, the space will contain four “team rooms,” which are essentially private office spaces for about 20 workers.

“We positioned ourselves to attract growth stage startups, so it’s a natural next step to expand into larger team rooms.  We’re growing in tandem with our members. It’s a pretty special collaborative environment,” said Workville President Sue Bernstock.

The building, which is owned by a group that includes Aini and Chetrit, contains 428,626 s/f of space. The consortium bought the property for $250 million in 2014.

Workville, which launched earlier this year, occupies the tower’s 21st floor. Its current location contains 37 offices and three conference rooms. The space has a capacity of about 200 seats and an occupancy rate over 85 percent.

Once it’s built, the new Workville space will contain amenities such as a café and a lounge area. Tenants will also have access to the 21st floor, which has outdoor terraces and event spaces. Dashti said that the new location may become a subset of the Workville brand. He floated the name “Workville Select,” which he says pertains to the exclusive nature of the new space.

“It’s going to have a feel like it’s an exclusive club for larger teams,” he said. “You got to be selected here. Not everybody can just take this space. I want to make it exclusive, like, ‘Wow, you got in there?’

The space, which will replace an old Jones Apparel Group office, is already generating interest. Months away from the target opening date, Dashti said that he has a tenant “pretty much lined up.” The possible tenant is currently leasing space in Workville.

“I expect that to be rented out before we open. There’s already interest and we just started construction,” Dashti said.

Dashti expects construction to take four months and is targeting a December opening date. He said that the new space is just the start of the firm’s expansion. Workville plans to open three new locations by the end of 2017. Dashti said that they also expect to take another floor at 1412 Broadway once space becomes available.