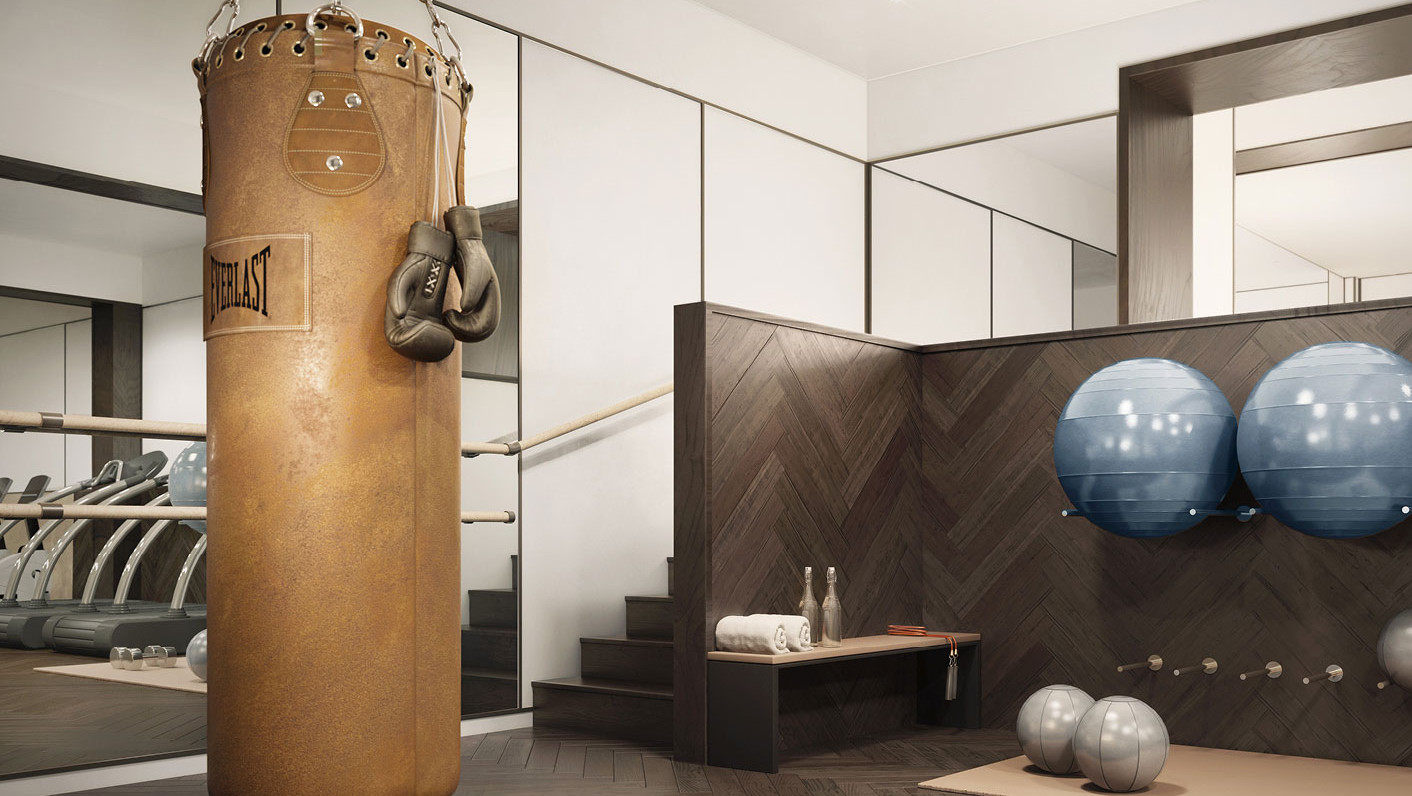 As the great amenities arms race of 2016 trudges along, fitness centers are becoming the trump card for closing deals.

Luxury residential buildings can no longer depend on charm and historical significance to attract buyers and renters.
Residents are embracing health and fitness with their checkbooks, demanding a more appealing venue for exercise than dungeon-like basement spaces.

“Today fitness centers are an absolute must in any new residential project. This is the age of living healthy and most buyers and renters are following the trends in both working out and eating healthy,” said Josh Schuster, the founder and managing principal of Silverback Development.

“A fitness center or gym always adds value to a condominium project both on the initial condo price and any resale value. Aside from the physical worth is the intrinsic value that an amenity like this brings to residents who live in the building and use it daily.”

In this edition of Broker’s Weekly, we look at the some of the most unique fitness centers in New York City residential buildings.
Some of the most unusual elements include full-sized squash courts and massive lap pools. However, all the facilities offer residents the privilege of breaking a sweat without going outside.

70 Vestry Street
This Tribeca condo tower won’t be inhabited until 2018. However, developer Related Companies has attached lofty promises to the project in terms of fitness options.

The building will contain 12,000 s/f of amenities, most of which seem designed to keep residents moving. The building will make the lives of bike riders ride a lot easier. The tower is expected to have bike storage for up to 50 bicycles. There would also be bike stands that allow riders to warm up inside before going outside.

However, those are the more modest amenities for fitness-conscious residents.

The building will have a fitness center outfitted by West Village gym “The Wright Fit.” It will also have an international regulation size squash court, a rarity in New York City residential developments.
In an earlier interview, Related sales broker Robert McCain, said the company is exploring other uses for the space the squash court will occupy. One possibility is a retractable basketball court. The tower will also have an 82-foot swimming pool in the building’s spa suite. This unique mix of fitness amenities may have lured the building’s first celebrity residents.

The Shephard (275 W. 10th Street)
The Shephard is a luxury West Village condo that contains an extensive list of fitness amenities: a wood paneled gym, an indoor half basketball court, a bouldering wall for climbing, a Pilates studio and a golf simulator.

Developer Naftali Group also added separate men’s and women’s steam rooms and a private, garden for early morning yoga session to soak up that last bit of summer sun.
The property was previously a historic warehouse called the Shepherd House. When it was acquired in 2014, it contained 145 units. It has since been overhauled to house 38 units that include three penthouses. Prices in the building range from $4,350,000 – $29,500,000.

400 Park Ave South
Toll Brother’s 400 Park Avenue South promises to “add both excitement and relaxation” to the life of its residents. The basis for this somewhat incongruous pledge is based on the building’s wealth of health and fitness amenities.
The most unique feature is the golf simulator, which allows players to tweak their swings without having to book time at the golf course.

The building, which is called the Fortress of Glassitude (a reference to Superman’s headquarters), includes other fitness amenities such a spin studio and a yoga room. Cyclists can stash their bikes in the dedicated storage area. There are also places to recover after strenuous exercise such as an indoor lap pool, jacuzzi, steam room and sauna.
The tower, which was designed by Pritzker Prize-winning architect Christian de Portzamparc, promises “a modern twist on life in the sky. The 81 units in the tower start at a price of $2 million.

221 West 77th Street
Naftali Group seemed to prioritize health and wellness for its 221 West 77th Street project. The headlining amenity in the building is the basketball court, which will allow residents to practice their skyhooks without visiting a public park. The space that the basketball court occupies can also be used for other purposes, such as tennis, yoga and dance.

The building will also contain a gym, reinforcing the building’s health and wellness pitch. The 18-story building, which will contain 26 apartments ranging from two to five bedrooms. The development, once the site of a garage, will contain duplexes on the second and third floors and full floor apartments on the top six floors, according to a report from New York YIMBY.
The condo project was designed by Danish architect Thomas Jul-Hansen. Prices in the building range from $4,050,000 to $22,500,000.

432 Park Avenue
Harry Macklowe and CIM Group outsourced its health and wellness space at 432 Park Avenue to Wright Fit Chief Executive Jay Wright. The result was a facility that is based on his “center point strategy,” which is meant to maintain “physical, emotional, spiritual and mental balance.”

The fitness center was designed by Uruguayan architect Rafael Vinoly, who also designed SHVO, New Valley and Bizzi & Partners Development’s 125 Greenwich Street and Jazz at Lincoln Center. To help residents reach this equilibrium, Wright has deployed personal trainers that give one-on-one sessions on strength, conditioning, yoga and pilates. There’s also a 75-foot long pool that can be the venue for group aquatic sessions with personal trainers.