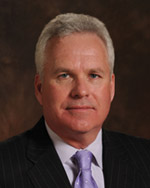 Many firms plan to start hiring again and most contractors predict demand will either grow or remain stable in virtually every market segment this year, according to survey results released by the Associated General Contractors of America.

The survey, conducted as part of Optimism Returns: The 2014 Construction Industry Hiring and Business Outlook, provides a generally upbeat outlook for the year, even as firms worry about growing worker shortages, rising costs and the impact of new regulations and federal budget cutting.

“Contractors are more optimistic about 2014 than they have been in a long time,” said Stephen E. Sandherr, the association’s chief executive officer.

“While the industry has a long way to go before it returns to the employment and activity levels it experienced in the middle of the last decade, conditions are heading in the right direction.”

Contractors have a relatively positive outlook for virtually all 11 market segments covered in the Outlook, in particular for private-sector segments.

For five of those segments, at least 40 percent of respondents expect the market to expand and fewer than 20 percent expect the market to decline in 2014. The difference between the optimists and pessimists – the net positive reading – is a strong 28 percent for private office, manufacturing and the combined retail/warehouse/lodging segments, and 25 percent for power and hospital/higher education construction.

Among public sector segments, contractors are more optimistic about demand for new water and sewer construction, with a net positive of 17 percent.

Contractors are mildly optimistic about the market for highway construction, with a net positive of 10 percent. Respondents are almost equally divided regarding the outlook for the other four segments, ranging from net positives of five percent for public buildings, four percent for schools, three percent for transportation facilities other than highways, to a negative of two percent for marine construction.

Sandherr added that contractors’ market expectations are significantly more optimistic than they were at this time last year.

At that time, more contractors expected demand for highway, other transportation, public building, retail, warehouse and lodging, K-12 schools and private officers to shrink than expected it to grow.

Many contractors also report they plan to add new construction equipment in 2014. Seventy-three percent of firms plans to purchase construction equipment and 86 percent report they plan to lease it this year. The scope of those investments is likely to be somewhat limited, however. Forty-four percent of firms say they will invest $250,000 or less in equipment purchases and 53 percent say they will invest that amount or less for new equipment leases.

One reason firms may be more optimistic, association officials noted, is that credit conditions appear to have improved.

Only nine percent of firms report having a harder time getting bank loans, down from 13 percent in last year’s survey. And only 32 percent report customers’ projects were delayed or canceled because of tight credit conditions, compared with 40 percent a year ago.

“While the outlook is significantly more optimistic than in years past, there are still areas of concern for most contractors,” said Ken Simonson, the association’s chief economist.

“Many firms will struggle to find enough skilled workers, cope with escalating materials and health care costs, and comply with expanding regulatory burdens.”

Simonson noted that as firms continue to slowly expand their payrolls, they were likely to have a harder time finding enough skilled construction workers.

Those worker shortages are already having an impact, the economist added. Fifty-two percent of firms report they are losing construction professionals to other firms or industries and 55 percent report they are losing craft workers. As a result, a majority of firms report they have improved pay and benefits to help retain qualified staff. One reason they are likely worried is that nearly half of the firms believe training programs for new craft workers are poor or below average.

Adding to their challenges, 51 percent of contractors report that demand for their services is being negatively impacted by federal funding cuts, new federal regulations and/or Washington’s inability to set an annual budget.

Association officials added that survey respondents would prefer that Washington officials work on other priorities.

The Outlook was based on survey results from over 800 construction firms from every state and the District of Columbia.