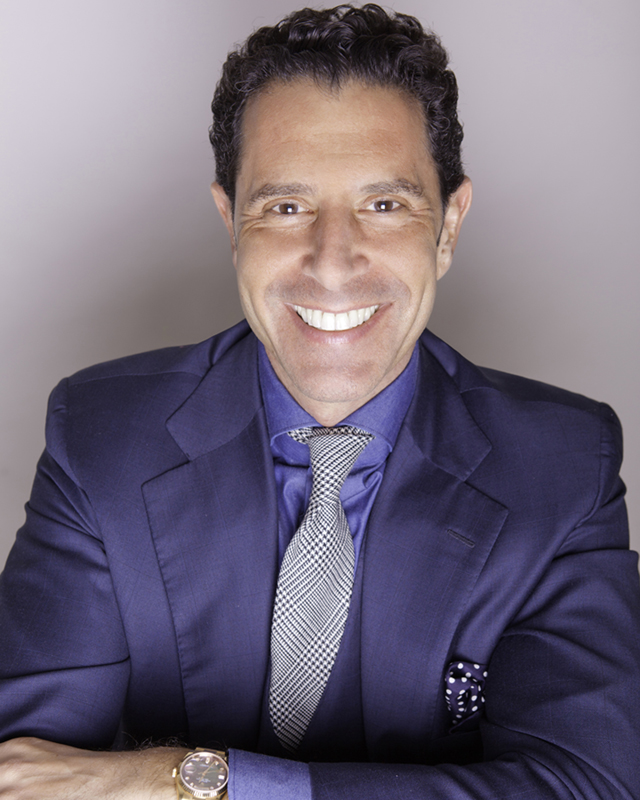 Asked to recall his favorite deal, Brad Siderow described a retail leasing coup in keeping with his sharp personal style.

In 2011, the 4,000 s/f retail duplex at the Parkoff Organization’s 800 Madison Avenue was in need of a tenant, and Siderow was looking for space on behalf of a client, the suit maker Cesare Attolini.

The space was more than Attolini could use, Siderow said, but while shopping for shoes one day, a light bulb went off. John Lobb, the shoemaker, was surrounded by construction that had already started at 61st and Madison. “This is very important,” he said, interrupting his own story in a suddenly professorial tone, “cold calling.”
With complementary space requirements and an overlapping clientele, the two stores ended up splitting the duplex, signing the two leases simultaneously.

“I compared it to separating Siamese twins,” Siderow said, jumping from his chair to act out the representatives of the two tenants trying to negotiate the location of the dividing wall.

But it worked out. “A deal got done, and it’s magnificent, and it’s working out as well as I could ever have hoped,” Siderow said.

It seems a lot of deals are getting done at the Siderow Organization, a brokerage firm founded in 2008.

With a staff of 22 agents, salespeople and associate brokers, Siderow and Josh Arcus, the firm’s managing director, are thinking of hiring a receptionist. They’ve been talking about it for about three months, Siderow said with a laugh, and might get someone within the year.

Siderow’s father, Neil Siderow, is a founder partner and chairman of the board of Murray Hill Properties. But the son did not immediately make it big in the family business. Instead, he honed his sales skills in a variety of settings around the world. After graduating high school he traveled to Israel to work on a Kibbutz and participate in the Israeli Army’s Marva program, an eight-week basic training program for non-Israelis.

He returned to the U.S. and enrolled in the criminal justice program at Northeastern University, but left without finishing. “It’s a great program if you want to work for the FBI,” he said.

While in school, he also worked as a host at the storied Boston nightclub, M-80. “That really opened up the beginnings of me hosting people and being comfortable with people on a one-on-one, or small group basis,” he said.

When things didn’t work out at Northeastern, he went to work for Richard Parkoff as a property manager. A picture of Parkoff hangs in Siderow’s office, and he credits the landlord with giving him his start in real estate.

Siderow then joined his father at Murray Hill, he said, but he became frustrated when his early deals fell through and returned to Israel. He was there selling diamonds in the late 1990s when a friend recruited him to launch Herbalife, the pyramid-marketing health product business, in India. “I was approaching absolute strangers on the street and asking them about their health,” he said. “What I took from that experience was that I can talk to anybody, anytime, without prejudging, on the street, about anything.”

The Siderow Organization started out just after the market crash and Siderow’s wedding. It’s first office was 1,000 s/f in one of Parkoff’s buildings.

“My biggest fear, I remember telling my wife, was not that we would fail, but that I’d be sitting up there alone,” Siderow said. The company later downsized into a 500 s/f space — a closet, in Siderow’s words — in Abramson Brothers’ 315 Madison. Today they’re in the same building, and considering a full floor.

Siderow, who says his parents named him after the Planet of the Apes star Bradford Dillman, lives in Scarsdale with his wife, Vanessa, and their 4-year-old daughter, Sofia.

In addition to the 800 Madison lease with John Lobb and Attolini, Siderow was also takes credit for bringing the Korean restaurant, Gaonnuri, to a former mechanical room on the 38th floor of Jamestown Properties’ 1250 Broadway, and he worked with UBS in its purchase of the land beneath the Sports Illustrated building at 135 West 50th St.
Siderow takes pride in offering a generous split to agents working for his brokerage. A small plaque on his desk (carefully positioned to catch the eye of a visiting reporter) reads: “The day I need your money to change my lifestyle… quit.”

“This is an eat-what-you-kill industry,” he said. “Some people might forget that we all started in the same place.”