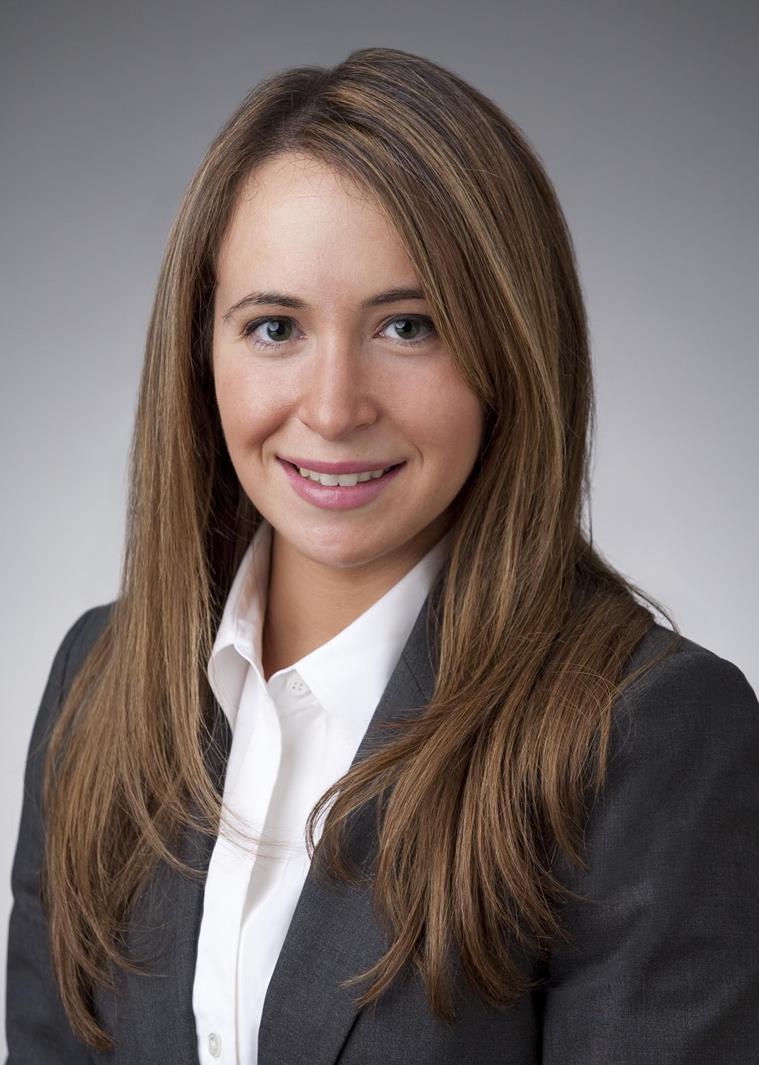 Marks Paneth LLP announced that Vivian Martinez, CPA, has been named a partner in the firm’s Real Estate Group.
Serving commercial and residential real estate organizations, including co-ops and low-income housing enterprises, Martinez advises clients on all facets of accounting and tax issues.
In addition to supervising audit engagements, she counsels clients on a range of real estate transactions, including acquisitions and dispositions.
She is a member of the firm’s China Desk, a cross-disciplinary team of professionals who assist both US and Chinese businesses and individuals looking to work, invest, raise capital or do business in China and the US.
Martinez holds a Bachelors of Science from Queens College of the City University of New York.
She is a member of the American Institute of Certified Public Accountants (AICPA), the New York State Society of CPAs and the Real Estate Committee, Nassau Chapter.
She also serves on the board of the Asian Real Estate Professionals Association and is actively involved in the Long Island Real Estate Group (LIREG) and the Association of Women Accountants in Real Estate.
•••
Cushman & Wakefield announced that brokerage professional Kelli Mekles was elected as vice chairman of the Young Men’s/Women’s Real Estate Association (YM/WREA) of New York for 2014.
She previously served as a 2013 Governor of the YM/WREA, a position in which she was also elected.

Mekles is a senior associate at Cushman & Wakefield specializing in office brokerage.
She is a part of the firm’s Strategic Agency Services, which specializes in landlord representation. Her current responsibilities include serving as leasing director for four office properties; two owned by ESRT (formerly WH Properties) and two owned by Jamestown Properties.
Mekles joined Cushman & Wakefield in 2011 and began her real estate career in 2004. She received her B.S. from Syracuse University and a M.S. from NYU.
•••
Amy Pastor has joined the Corporate Occupier and Investor Services (CIS) team at Cushman & Wakefield in East Rutherford.
An industrial portfolio management specialist, she brings 15 years of experience in commercial property management to her new role.
Pastor is heading property management for two properties and assisting with three additional assignments.
Prior to joining Cushman & Wakefield, Pastor served as a senior property manager for Prologis, where she was responsible for a portfolio of four million square feet in 44 warehouse/distribution and light manufacturing buildings.
She also previously served in various positions of increasing responsibility at CBRE, WMC Corporate Services and Insignia/ESG.
She earned a bachelor’s degree from Colorado State University, and has held BOMA’s Real Property Administrator (RPA) designation.
•••
Cassin & Cassin LLP announced that Jennifer S. Kukla has joined their firm as a partner in the Real Estate Finance Group.
Kukla will add expertise in the areas of commercial real estate, finance, and general business and corporate matters, including structuring, securitized and non-securitized loans.
She will focus on commercial mortgage originations for institutional clients.

Prior to joining Cassin & Cassin LLP, Kukla worked at Andrews Kurth LLP, which she joined in 2005, and before that, at Haynes and Boone, LLP, which she joined in 2001.
She is admitted to practice in the State of Texas and is a member of the State Bar of Texas and the American Bar Association.
Kukla received her Juris Doctorate from Southern Methodist University – Dedman School of Law and her Bachelor of Science from the University of Florida.
Michael B. Schneider has been promoted to partner in the Commercial Real Estate Finance Group in the New York office.
Schneider has extensive commercial real estate experience in hotel/resort, office, retail, multifamily and affordable housing transactions.
•••
First Nationwide Title Agency (FNTA) announced that Elizabeth A. Joyce, a 25-year veteran of the title industry, has joined the firm as executive vice president.
Joyce comes most recently from First American Title Insurance Company, where she served as a lead executive with long-standing relationships in the industry.
During her tenure, she worked on a wide variety of commercial and residential transactions, representing major builders and prominent developers.
Among her many professional affiliations, Joyce is on the Board of Directors of the Institute of Real Estate at Hofstra (IRE); an Associate Board Director for the Association for a Better Long Island (ABLI); on the Board of Directors of the Long Island Real Estate Group (LIREG); a member of Commercial Industrial Brokers (CIBS); and a member of the Energeia Partnership Class of 2008.
•••
First Nationwide Title Agency (FNTA), announced that two seasoned underwriters, Ilya Soybelman and Timothy A. Bolles have come aboard to support the existing national and New York underwriting divisions.
Prior to joining FNTA, Ilya Soybelman was a commercial title officer with Fidelity National focusing on multi-site/multi-state portfolios.
Before that, he was a commercial underwriter for First American Title Insurance Company, where he focused on commercial transactions nationally and escrow/settlement.
He earned a BA in Economics from Stony Brook University, is currently working on his MBA from Bernard Baruch Zicklin School of Business.
Timothy Bolles joins FNTA from First American Title Insurance Company, where he served as a commercial underwriter, focusing on multi-site/multi-state portfolios, energy related transactions and the issuance of title insurance policies nationally.
Before that, he served as title company administrator and commercial underwriter for Pierce Atwood LLP.
Prior to that, he was a paralegal and commercial underwriter in addition to acquiring banking experience as a mortgage loan processor with Maine Bank & Trust Company.
Bolles earned his BA degree in Economics/Business from the University of Maine.
•••
Skanska USA has promoted four employees in its building unit’s Metro New York office.
Susan Jenkins, has been promoted to vice president and account manager.
Jenkins has worked at Skanska for more than 10 years facilitating complex assignments that include the United Nations Capital Master Plan project.
Jenkins has managed multiple building and airport renovation projects, including John F. Kennedy International and San Francisco International Terminal A.
In her new role, Jenkins will continue to support Skanska’s business development efforts by overseeing major projects in the Metro New York region.
Currently, Jenkins is the account manager overseeing the B2 high rise residential project for the Atlantic Yards development, which when completed will be the tallest modular building in the world.
She is also responsible for the day-to-day management of FC + Skanska Modular, LLC’s factory in Brooklyn Navy Yards, which is providing units for the B2 project.
John Langdon, has been promoted to vice president and account manager.
Langdon has worked at Skanska for more than 15 years, during which he has completed construction projects in a variety of industries, including higher education, power generation, pharmaceutical, retail and mission critical.
As vice president and account manager, Langdon will support Skanska’s business development efforts and continue to oversee the team on the CUNY/CCNY Advanced Science Research Center project.
Jennifer Buermann, has been promoted to project controls director for the Metro New York region.
Buermann has worked at Skanska for 11 years, during which she has worked on the United Nations Capital Master Plan project. She is currently overseeing the scheduling and technology aspects of the United Nations project.
Brian Tighe has been promoted to national project controls director.
Tighe has worked at Skanska for 10 years, during which he has effectively managed cost control and performed risk analyses and productivity measurements for projects, such as the MetLife Stadium in New Jersey.
He is involved in establishing initiatives to further improve Skanska’s operational efficiency and help implement best practices nationally for project controls.
•••
Beth DeAngelo, P.E., a vice president with Parsons Brinckerhoff,has been named president of the Greater New York Chapter of the Women’s Transportation Seminar (WTS).

The chapter has also named Stephanie Camay, a lead planner at Parsons Brinckerhoff, its Member of the Year.
Founded in 1977, WTS is an international organization dedicated to building the future of transportation through the global advancement of women.
Boasting more than 5,000 members around the world — both women and men — WTS helps women find opportunity and recognition in the transportation industry.
DeAngelo has over 20 years of experience in program and project management on traditional and alternate delivery highway, traffic, facility, transit, and ITS projects.
A member of WTS since 1994, she previously served as the chapter’s New Jersey Vice President and as leader of its inaugural Transportation You workshop for middle school girls geared towards learning about STEM careers in transportation.
She is has also been active in the American Society of Highway Engineers and the New Jersey Society of Professional Engineers.
Stephanie Camay serves as the project co-ordinator for the NEC FUTURE, a long-term investment program for improving and growing the Northeast Corridor rail service to accommodate future ridership.
She has over ten years of transportation planning experience, and has also developed a communications background through project work and her association with various transportation organizations.