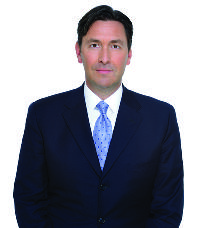 No longer just looking to buy in Midtown or Flushing, Chinese buyers are starting to branch out into other parts of the city.

“We’ve seen a big change in terms of where they are going,” Gordon Hoppe, Director of Sales at Corcoran Sunshine, said at a recent press conference hosted by the Asian Real Estate Association of America (AREAA). He explained that Chinese buyers used to look at buildings close to Columbia and NYU, in Midtown, and near the rivers. But in the past six to twelve months this has shifted.

“Chinese are now buying in core Greenwich Village – an area that doesn’t have what Chinese buyers were traditionally looking for,” he said.

Shawn Elliott, a broker specializing in luxury homes on Long Island’s Gold Coast, said he has had a growing number of Chinese customers. “Chinese buyers are now getting into other areas they haven’t penetrated before,” Elliott said, adding that he has repeatedly travelled to China and built relationships there.

Douglas Elliman broker Kathy Tsao, who works with several Chinese clients, has made a similar observation. “Ideally, they want to live near Central Park. But there’s limited space, so they follow the development,” she said. “We see them going east, west, south, everywhere.”

Tsao has also noticed changes in the types of investments Chinese buyers in New York City are looking to make. In the past, she explained, most of her Chinese clients bought apartments for their children in college or graduate school. But over the past two years, she has seen two new trends emerge.

“First, the children Chinese buy New York apartments for are getting younger and younger, down to elementary school. Second, we have seen more investors and developers not just looking to buy a property, but looking for joint ventures and multiple properties.”

But while Chinese buyers are now looking at different investments in new neighborhoods, one thing hasn’t changed: they still tend to prefer new developments. Tsao said this is because most real estate development in China took place over the past two decades, meaning Chinese buyers are used to new apartments.

David Friedman, President of Wealth-X, a database on the world’s rich people, said he believes Chinese demand in greater New York is bound to grow. He contended that 44,505 people in East Asia currently have a net-worth of over $30 million.

“We have the most wealth and wealthy individuals on history. One of the assets they like most is luxury residential real estate,” he said. “This means you have a cocktail for tremendous growth.”