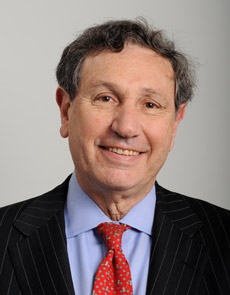 The program will take the current affordable housing incentives available to developers in mid-density or high density residential districts and upgrade them to concrete guidelines.

Weisbrod championed de Blasio’s “ambitious” goal of dedicating $8.1 billion in city resources and $6.7 billion in capital resources over the next decade to the maintenance and production of 200,000 plus units of affordable housing as a necessity.

“40 percent of all renters in New York are currently rent stressed,” said Weisbrod, meaning that those residents are paying more than a third of their household incomes on rent.

“As we speak today (we have) close to 59,000 people in homeless shelters, 25,000 plus of them are children. For a civilized society, that’s unacceptable,” Weisbrod said. “We’re not creating any new land, so the only way we can really increase the capacity for housing generally — as well as for affordable housing — is to look at areas that we see can become more robust.”

Weisbrod said that his department has earmarked three neighborhoods — East New York, Cromwell-Jerome in the Bronx, and Flushing West in Queens — which are primed for “substantial” development and “increased density.”

“We’re looking at areas of the city that we think we can develop in a healthy way and create more housing than currently is permitted,” Weisbrod said. “Those are areas where we think we can do a significant amount of up-zoning.”

“All new development in those rezoned areas will require – not just incentivize but actually require — a certain amount of affordable housing from every new development above minimal size,” Weisbrod instructed.

Last fall, only 13 percent of the multi-family units that were underway in areas zoned for the optional incentives actually took advantage of the plan.

That figure may suggest to some that pushing the provisions to mandatory may cause unrest or perhaps a slowdown in production.

Joseph A. Tahl, president of Tahl Propp Equities, which is “actively involved in the mayor’s affordable housing plans,” would disagree.

“The programs that are in place — that have been changed and modified to some extent by Mayor de Blasio — have been very positive and I think they work very well,” Tahl said.

Tahl feels that the shortcomings of programs started under a different administration should not be used to gauge the potential success of an initiative that takes off on the current mayor’s watch.

“I don’t agree with the premise that we’re only building for low income folks and high income folks (at market-rate),” said Tahl, addressing the concern among some in the industry that the middle class is being forgotten.

In certain cases, households earning as much as a six-figure annual income may qualify for residences under de Blasio’s plan. “Persons of all different (income) levels can live in New York City.”

Tahl conceded that only time will tell if the move to mandatory will be a productive endeavor, but expressed confidence in the administration’s ability to adapt if “any part of the affordable housing program needs to be somehow modified to be effective.”

Despite the split crowd, Weisbrod, expressed strong support for the mandatory inclusion and touted it as “central to where the city is going and what the city is doing.”

Weisbrod informed the audience that the city’s population is expected to hit nine million by 2040. “We need to be able to house those people,” he said.

Jamie McShane, a spokesman for the Real Estate Board of New York, said, “The mayor released an ambitious plan to plan and build affordable housing, we’re part of that plan.”

He said REBNY leaders look forward to working with the mayor to move the mayor’s housing plan further, adding, “We think that we need to build more housing for every income level and we think the mayor is right to point out this housing crisis and to focus attention on it.”