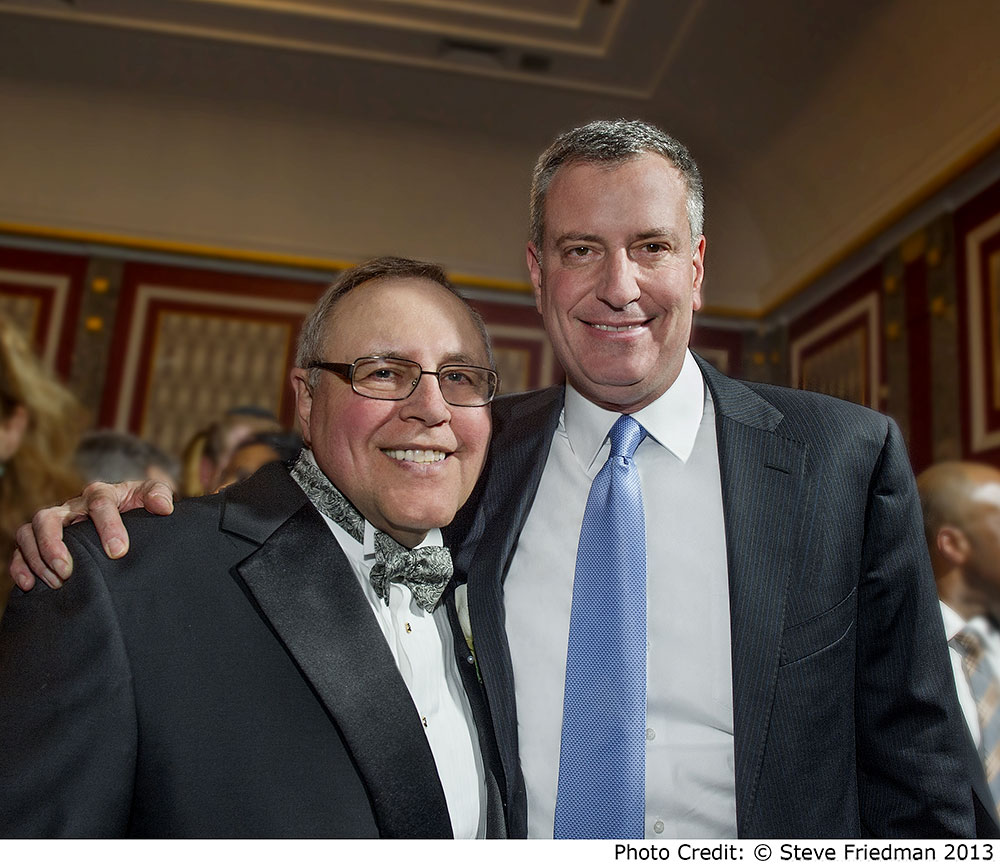 Spinola: Real estate has earned its place at political table

And it’s most influential group is braced to harness that power to build a better New York.

“New York City is not a Wall Street town; we are a real estate town,” said Steven Spinola, the longest-serving president of the Real Estate Board of New York (REBNY) at a recent event hosted by the New York City chapter of NAIOP.

“We need to continue to be the invisible engine in NYC. We need to generate more revenue and create new jobs, and we do that by developing new construction projects.”

Speaking to a crowded room of NAIOP members at CBRE’s midtown Manhattan office, Spinola highlighted a number of timely issues affecting the industry, including the mid-term election results, the economic and tax impacts of the City’s real estate activity as well as the importance of advancing transportation projects.

Thomas Bisacquino, NAIOP’s president and CEO who made the trip from the association’s headquarters in Northern Virginia, commented on how America’s real estate industry is a critical part of our economy.

Citing data from NAIOP’s 2014 Research Foundation report “Economic Impacts of Commercial Real Estate,” Bisacquino said that last year, the industry grew at the strongest pace since the recovery began in 2011.

To put that in perspective, this helped support 2.8 million jobs with wages and salaries of $120 billion. Looking ahead, development spending is expected to rise, with year-over-year growth in the 8-15 percent range by the end of 2015, according to NAIOP’s research. In the Big Apple alone, the numbers couldn’t reflect this national trend more.

According to a study produced by REBNY earlier this year, in 2012, the New York City real estate industry directly and indirectly supported 518,900 jobs, representing approximately 11 percent of the City’s total jobs. Industry activities generated approximately $106.2 billion worth of jobs, wages, and economic output.

Now that Republicans won state Senate majority winning 32 of the 63 seats, Spinola argued that real estate advocates like REBNY and NAIOP have a better base to go up to Albany and argue issues that will advance the real estate industry.

“Before, state legislators would ask us – What right do you have to argue these issues?” Spinola said.  “Well, 54 percent of the entire city’s budget comes from the real estate industry.  Why are we involved?  Because without income-producing properties, we would have fewer police officers, teachers and public servants.  We, as an industry, want to grow those numbers, get involved in big projects and create more jobs.”

Spinola went on to say that he is encouraged by Mayor de Blasio’s affordable housing plan to create 200,000 affordable units in the City.  “I’m optimistic there will be a program pulled together by the beginning of next year,” he said.  “If the program works, it will inspire our industry to move forward with more construction projects.”

Spinola also emphasized how critical transportation is to New York City commuters and residents.  “More jobs are coming from New Jersey,” he said.  “We need a new gateway project that will bring people to Moynihan station.  In February, the No. 7 extension on the far West Side will open.  We need to take the No. 7 line and expand it to Secaucus.  Imagine if you can get to Shea Stadium and MetLife Stadium on one train?  And it’s not just Manhattan anymore.  Every neighborhood has the ability to build.  We have an exciting future ahead of us.”

Jonathan Pappas is a freelance contributor to Real Estate Weekly. Follow him at: @JPappasPR

Canadians, Germans team up for $1B spending spree