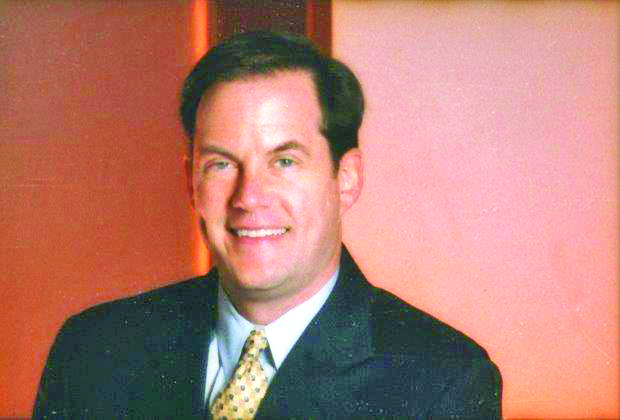 Urstadt Biddle Properties, the Greenwich, CT-based REIT, has paid $124.5 million for four New Jersey shopping centers it has been eyeing for years.

It its largest acquisition to date, the company purchased the 130,000 s/f Midland Park Shopping Center located in Midland Park; the 125,000 s/f Pompton Lakes Town Square; the 43,000 s/f Cedar Hill Shopping Center in Wyckoff, and; the 77,000 s/f Meadtown Shopping Center in Kinnelon.
Jim Aries, UBP’s director of aquisitions, and Zach Fox, UBP’s acquisition manager led the negotiating team on the deal.
“These properties have been on our radar for over ten years, which is when our northern New Jersey expansion began,ˮ said Aries.

“The properties are staples in their respective communities and are all well located in densely populated areas with high income levels and commutability to New York City. The shopping centers are located within 17 miles of each other, which gives us strong economies of scale and ties in well with our other New Jersey holdings.”
Urstadt Biddle owns or has equity interests in 74 properties containing approximately 5.1 million square feet of space. CEO Willings Biddle said the purchase “helps to further our company’s goals of investing in high quality grocery- or drugstore-anchored shopping centers in the suburban areas surrounding New York City and helps us expand in the New Jersey sub-market.”

Marcus & Millichap announced the sale of the Upper West Side Portfolio, a six-property mixed-use portfolio featuring 152 multifamily units and 7,900 s/f of retail.
The $80,750,000 sales price equates to approximately $515,000 per unit.
This is the first time in 30 years that the properties — 500 Cathedral Parkway, 3143 Broadway, 3147 Broadway, 3149 Broadway, 111 West 104th St. and 242 West 109th Street — have changed hands.
In total, the properties offer 62,655 s/f of air rights, providing the option of future development projects.
All of the buildings are located near New York City universities, including Columbia University, City College and Barnard College. Many of the buildings’ existing tenancy consists of current and former students of these intuitions.
Columbia’s planned 6.8 million-square foot expansion will further solidify this area as a high-demand location for students and young professionals.

Marco Lala, in Marcus & Millichap’s Manhattan office, represented the seller and the buyer, both private investors and repeat clients of the firm.
“This transaction underscores the continued strength of New York City’s multifamily marketplace in general and above 96th Street in particular,” said Lala.
“The portfolio possesses a difficult-to-find combination of free-market units, rent-stabilized tenants and a select group of retail stores that creates a stable investment with significant upside potential.”
According to city records, the buyer was BCB Property Management, the development firm led by Debrah Lee Charatan.

A 250-unit apartment community in Fishkill has traded for over $50 million.
Jeffrey Dunne, Gene Pride and Patrick Carino of CBRE Group Inc.’s Institutional Properties team represented AVR Realty in the sale of Rivercrest Luxury Apartments to ROSM Housing Management.
Built in 2006, Rivercrest offers oversized units averaging nearly 1,300 /sf with direct exterior entrance, a resident clubhouse with fitness center, movie screening room, billiards room and resort style pool.
Dunne commented: “AVR Realty developed one of the highest quality apartment communities in the Hudson Valley with Rivercrest Luxury Apartments.
“This sale is indicative of a national trend we are seeing with multifamily sales in which values for exceptional properties in secondary locations continue to improve. Investors believe that locations such as Fishkill, with diverse employment opportunities and attractive lifestyle alternatives are compelling investment options.ˮ
According to Dunne, competition for the proeprty was strong among investors from New Jersey, New York, Connecticut, Massachusetts and California along with several off-shore investors underwriting the offering.
He added, “We expect the multifamily investment market to remain strong throughout 2015 due primarily to a broad, deep and diverse base of active investors with capital from pension funds, REITS, insurance companies and private offices abundant.
“This is coupled with attractive debt financing and market fundamentals that continue to project low vacancy and increasing rents throughout New Jersey, New York and Connecticut.”

ABS Partners is marketing three parcels of vacant land, totaling approximately 15 acres in Maspeth, NY.
Alan S. Cohen and Ben Waller of ABS Partners teamed up to market the sites in Queens, which allow for more than 1.3 million square feet of commercial space.
“The opportunity for a buyer to control such a large piece of real estate so close to Manhattan does not come around very often,ˮ said Cohen.

“These sites are ideal for any type of distribution or logistics center that benefits from the scale and proximity to Manhattan. With a diminishing supply of warehouse space in Queens and Brooklyn, a buyer could utilize the million plus square feet of air rights to create a thriving manufacturing center.”
The three available parcels can be purchased individually or together. All three sites are zoned M3-1, which permits a variety of commercial uses and development of up to 1.3 million square feet of space.
The Maspeth development sites are situated off of the Brooklyn-Queens Expressway and the Long Island Expressway, a quick drive from Manhattan.
Neighboring tenants include UPS, FedEx, Duane Reade Warehouse, Restaurant Depot and Coca-Cola Bottling.

Savitt Partners has been appointed as the exclusive sales agent for 80-90 Livingston Street.
The 32,121 s/f property contains five contiguous buildings located between Boerum and Court Streets.

David Workman and Hector Rodriguez will spearhead the marketing of the mixed-use property as a potential development site.
The buildings are located in a C6-2A/DB zoning district, and the properties benefit from additional air rights of 22,623 square feet allowing for a total of 54,764 s/f.
The site is expected to sell for north of $27 million.

Greystone, a New York-based real estate development and financial services company, has acquired four adjacent land parcels on 125th and 126th Streets in Harlem.
The properties were purchased at an auction in United States Bankruptcy Court in the Southern District of New York for $11.5 million.
The Harlem properties are located at 69, 71, and 75 East 125th Street and 58 East 126th Street. The connected parcels will be developed into a single mixed-use property with approximately 12 floors, and is intended to include a mix of market rate residential units and affordable housing units.
“The 125th Street corridor is seeing interest from several large NYC developers, bringing an influx of new residential units by the hundreds, and retail and amenities that will benefit current and new neighborhood residents for years to come,” said Jeffrey Simpson, head of Greystone Property Development.
“We look forward to being a part of the exciting development of upper Manhattan.”

TerraCRG announced that partner Adam J. Hess has closed on the sale of the mixed use building at 857-861 Union Street in Park Slope, Brooklyn, for $8,625,000, which equates to a record breaking $842 psf.
Hess and his team, senior associate Sam Shalumov and associate Edward Setton, said the new ownership will reposition the retail.
The 14-unit mixed use building has two commercial spaces totaling 2,225s/f and 12 residential units.
“We also believe this sale will increase the value of property in the neighborhood, as new ownership will reposition the under-utilized retail and bring in a new tenant that should transform both Union Street and 7th Avenue, the two best retail corridors in Park Slope,” Hess commented.

A mixed-use building at 37 Crosby Street in SoHo’s Cast Iron Historic District was sold for $17,900,000.
The seven-story building contains 8,621 s/f of newly renovated ground floor retail with seven residential units above. The sale price equates to $2,076 psf.
“The sellers, Icon Realty, did a phenomenal job renovating this building and found a retail tenant that helped this sleepy little part of NoLIta become a retail destination,” said Robert Burton, who repped the seller.

Spinola: Real estate has earned its place at political table