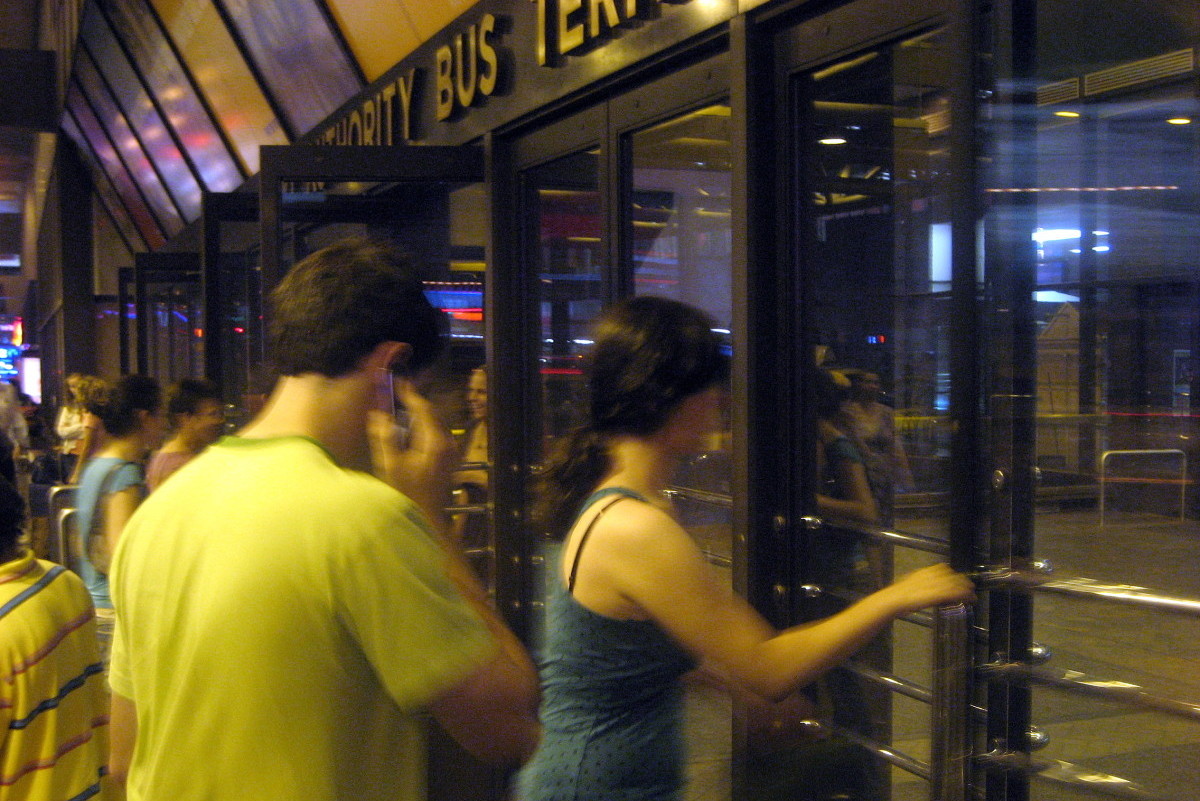 The Port Authority’s latest report, the “Trans-Hudson Commuting Capacity Study,” is the result of a yearlong study to evaluate strategies for meeting and managing the anticipated increase in trans-Hudson commuter demand.

As New York City employment continues to grow and an increasing share of employees come from New Jersey, plans to integrate trans-Hudson transportation have been a hot topic for the past few years.

This study is the most up-to-date overview of how to accommodate that growth.

One primary focus of the study is the Port Authority Bus Terminal (PABT). According to the Midtown Bus Master Plan, the terminal will need to accommodate an estimated 45 percent more daily customers by 2040.

The report finds that simply reconstructing the existing bus terminal to accommodate these 2040 figures would actually provide less capacity than what the long-term needs will require.

Continually growing demand will eventually outpace the useful life of the would-be new terminal, leading to the Port Authority facing the same problem as it does today in only a few decades. Therefore, the study explores alternative bus demand management strategies and flexible development.

These alternative procedures to help accommodate more commuters and mitigate future strain on the PABT have the potential to reduce bus flows to PABT by as much as 20 percent. A key component of this estimate is the assumption that a significant share of intercity buses continue to pick up and drop off at other locations in Manhattan.

One key hurdle to easing congestion is the Gateway Program.

Gateway would add a number of major and much needed infrastructure improvements. Among them, a new two-track Hudson River tunnel, expansion of the existing mainline to four tracks between Newark and New York Penn Station, replacement of the Sawtooth Bridge, the completion of a new Portal Bridge, track improvements at Secaucus,  and new tracks, platforms and concourses at Penn Station.

These additions could divert as many as 60 peak-hour buses from the PABT, and double the capacity for NJ Transit peak-hour trains. The extension of the No. 7 Line to an expanded transit facility in Secaucus is another strategy mentioned in the report.

This subway line extension could have the potential to divert as many as 200 peak-hour buses away from the PABT. However, due to projected construction cost, this plan is not being formally pursued.

Relocating other trans-Hudson bus services to streets and sidewalks, as opposed to in the PABT itself, is another way strain can be minimized. Providing a new bus service operating on a Holland Tunnel/Lincoln Tunnel bus loop and serving on-street bus stops would increase travel options for commuters and could potentially divert roughly 10 peak-hour buses from the PABT.

The final two potential areas for easing congestion were the unification of intercity and commuter bus operations in a single new facility and relocating the PABT entirely.

Merging bus operation hubs would make the planning process for a reconstructed PABT to proceed with greater efficiency, and relocating the PABT to between 9th and 11th Avenues could also create both new challenges and opportunities.

The reasoning behind relocating the PABT would be that its current location is already well-served by public transportation – much more so than the up-and-coming West Side.

The level of detail contained in the Trans-Hudson Commuting Capacity Study is a welcome addition to the research available to plan ahead for 2040.

This remains a critical issue for New York City’s job market, 38 percent of which is comprised of out-of-state commuters.