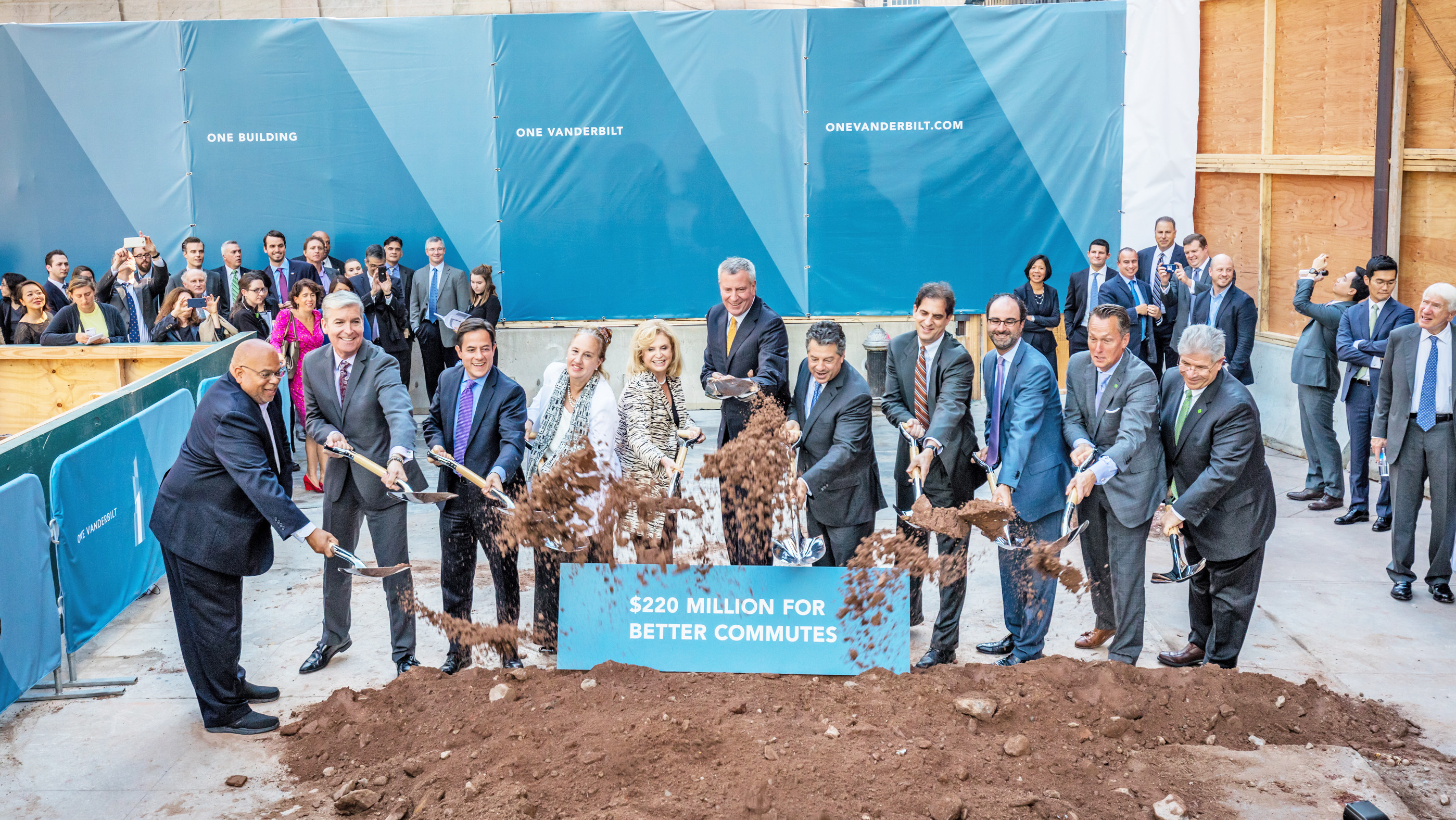 SL Green broke ground yesterday (Tuesday) on One Vanderbilt Avenue, the 58-story skyscraper next to Grand Central Terminal that will become one of the tallest buildings in New York City.

“One Vanderbilt will be a high-performing addition to the Manhattan skyline serving as a blueprint for 21st century commercial development,” said Holliday.

“As the largest commercial property owner in New York, we are proud to partner with the city to create a model for unsubsidized development that drives our economy and makes a critical contribution to its infrastructure.”

In addition to the 58-story tower, One Vanderbilt will include direct connections to Grand Central Terminal, and $220 million in upgrades to the transit hub will be completed as part of SL Green’s project.

Designed by Kohn Pederson Fox Associates, the 1.7 million s/f Class A office building will encompass an entire city block and stand 1,401 feet tall. The base of the building will be set back at an angle to allow a view of Grand Central Terminal’s cornice.

TD Bank has signed on as an anchor tenant, and will occupy around 200,000 s/f of office and retail space in One Vanderbilt, which includes a flagship store at the corner of 42nd Street and Madison Avenue.

Earlier this month, SL Green closed on a $1.5 billion construction loan for the building, through a group led by Wells Fargo Bank, N.A. as Administrative Agent, The Bank of New York Mellon, JP Morgan Chase Bank, TD Bank, N.A., and Bank of China, as Syndication Agents, and Landesbank Baden-Württemberg as Documentation Agent.

“This new office building, transit upgrades at Grand Central, and expanded pedestrian space are what I call smart growth,” said de Blasio. “We demanded and secured private investments into important city infrastructure that put hundreds of thousand of straphangers first. This strategy helps to keep our city competitive while improving the lives of New Yorkers.”

Construction on the building is expected to be complete in 2020.