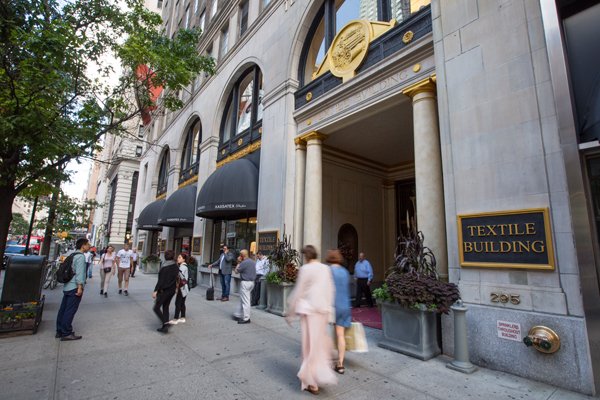 A newly-formed joint venture of Tribeca Investment Group, with funds managed by PGIM Real Estate and Meadow Partners, has entered into a 99-year ground lease at 295 Fifth Avenue,

The group is planning a $300 million repositioning that will transform the property, known as the Textile Building, to attract technology and finance sector tenants, the primary occupiers of large block space.

“As the supply of large-block office space across the city has become increasingly constrained, opportunities to acquire properties of this size and quality are rare,” said Elliott Ingerman, co-founder of Tribeca Investment Group.

“In evaluating a variety of opportunities at this stage in the cycle, we recognized untapped potential to capitalize on the strong demand for this type of space – especially among growing finance and technology companies – by delivering a differentiated product with large, flexible floor plates in excess of 40,000 s/f and ceiling heights ranging up to 16 ft. We’re excited to partner with two blue-chip institutions in PGIM and Meadow to execute on our well-conceived business plan.”

295 Fifth Avenue is located in one of the most active office markets in Manhattan. After a record year in 2018 for both leasing activity and asking rents, Midtown South recently exceeded Midtown as the priciest office market in the city, according to CBRE.

Demand and rental growth are being driven in large part by technology companies seeking to access renovated historic buildings and Class A glass and steel towers.

“Demand for Manhattan office space continues to strengthen, and the Midtown South neighborhood has been particularly attractive to tenants, outperforming the broader market as a result,” said Cathy Marcus, PGIM Real Estate’s Global Chief Operating Officer and Head of the United States.

“As supply in Midtown South continues to be absorbed, we recognized a rare opportunity to reposition 295 Fifth Avenue into what will become a preeminent office asset located within a highly sought-after submarket.”

Planned improvements at 295 Fifth Avenue include extensive base building work, including the construction of a new lobby, new retail storefronts, the addition of menity spaces, and mechanical upgrades.

Tenant spaces will be redeveloped into contemporary loft offices, and the joint venture will construct a large glass addition on the building’s rooftop that offers views of Midtown.

CBRE and STUDIOS Architecture will be involved in the design, construction and lease-up.

Darcy Stacom, Bill Shanahan and Doug Middleton of CBRE represented the family ownership on the ground lease, and CBRE’s David Hollander and Peter Turchin will oversee leasing at the property.

The transaction marks the first time 295 Fifth Avenue has traded in its history, and its planned redevelopment reflects the ongoing evolution of the Midtown South submarket.