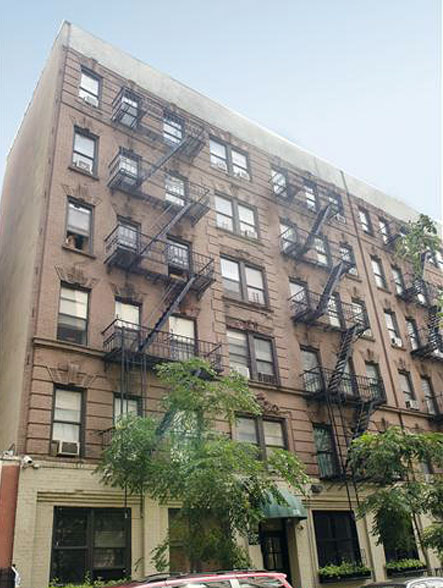 Rogue landlord Steven Croman is on the hook for more money after a judge okayed another class action suit by tenants he allegedly overcharged.

Croman, who in 2017 was jailed for tax fraud and ordered to pay $8 million to tenants he harassed out of their homes, is facing a class action suit from tenants at 326-338 100th Street, a 92-unit Harlem property they claim he illegally deregulated.

A Manhattan State Supreme Court Judge granted class certification to the suit filed by the law firm Newman Ferrara against the man dubbed the Bernie Madoff of landlords for harassing tenants at the 140 buildings he owned in order to replace them with market rate renters.

Housing watchdog group Housing Rights Initiative worked with tenants on the latest suit by launching an investigation into Croman’s activities.

The suit, which was filed in January, 2018, specifically accuses Croman of overcharging tenants at 326-338 100th Street while also failing to register apartments with the state housing agency, Homes and Community Renewal.

Tenants said they weren’t given rent stabilized leases and a 2015 property tax statement that stated 36 out of the building’s 92 units were rent-stabilized.

Judge W. Franc Perry’s ruling means that current and former tenants of the building can be part of the class action, alleging that Croman illegally de-stabilized nearly 70 percent of the units in the building, while accepting J-51 tax breaks, which are intended for stabilized properties.

Justice Perry said class-action certification is warranted because all the tenants “share a common goal in ensuring they are charged the legal maximum rent,” and that class-action status will “conserve judicial resources by avoiding a multiplicity of lawsuits involving the same basic facts.”
HRI has generated dozens of similar suits against major landlords like Kushner Companies, the Blackstone Group, Stellar Management, and the Scharfman Organization. Those cases are still pending, although Blackstone has agreed to pay $1 million in refunds to tenants in Parker Towers in Queens.

“Of the 57 pending class action lawsuits we’ve generated to date, six have now been certified,” said Aaron Carr, founder and executive director of the Housing Rights Initiative. “The floodgates are open.”
According to Carr, the fact that HRI was able to find such obvious tax benefit fraud is an example of how little the state and its housing agency is doing to crack down on bad actors.
“If Governor Cuomo isn’t willing to enforce the law against a convicted criminal like Steven Croman, then what on earth is he willing to do?” asked Carr.
Croman has 20 days to file a response. His attorney, Nicole Sosnowski, did not respond to a request for comment.

Lucas A. Ferrara, a partner for the tenants’ law firm, Newman Ferrara LLP, said the goal is to get “substantially lowered” monthly rents and stabilized leases for the impacted renters.