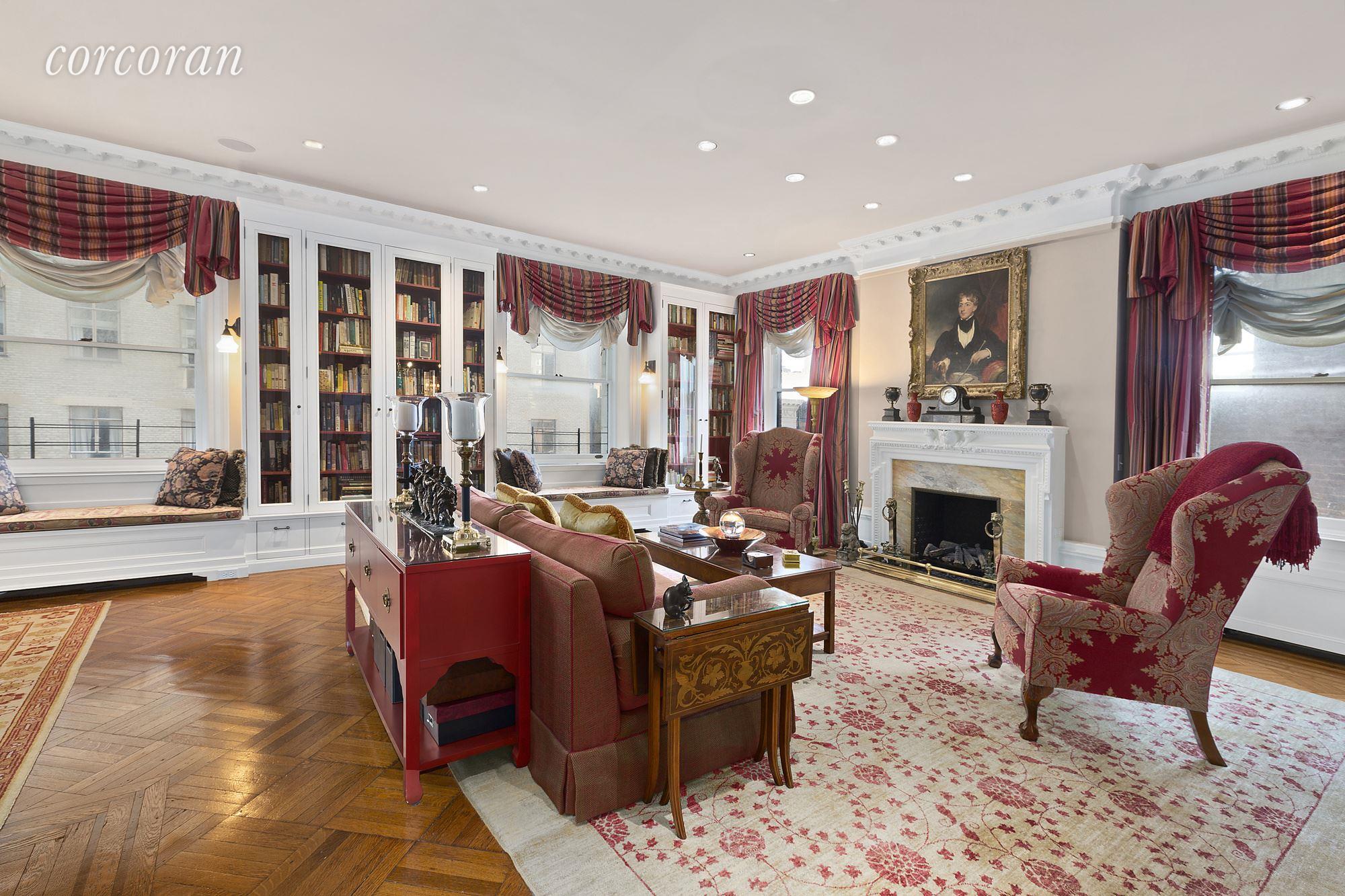 The apartment at the 12-story Kenilworth building at 151 Central Park West was listed by Corcoran agents Karen Kelly and Pino Fortunato. Cavett purchased the the 3-bed, 3-bath co-op in 2009 for $4.2 million, according to city records. Corcoran is also listing Cavett’s 7,000 s/f Montauk home for $62 million.

Cavett was most famously known for his talk show, The Dick Cavett Show, that ran intermittently from 1968 to around 2007. Nominated for 10 Emmys and winning three, Cavett’s diverse cast of interviewees included Hugh Hefner, Truman Capote and Norman Mailer and featured musical guests like Jimi Hendrix, David Bowie and Janis Joplin.

And his pre-war apartment at the corner of Central Park West and West 75th Street offers just as much personality. The co-op is equipped with high-beam ceilings and oversized windows with window seats for views into Central Park and the Upper West Side.

Retail’s not dead yet