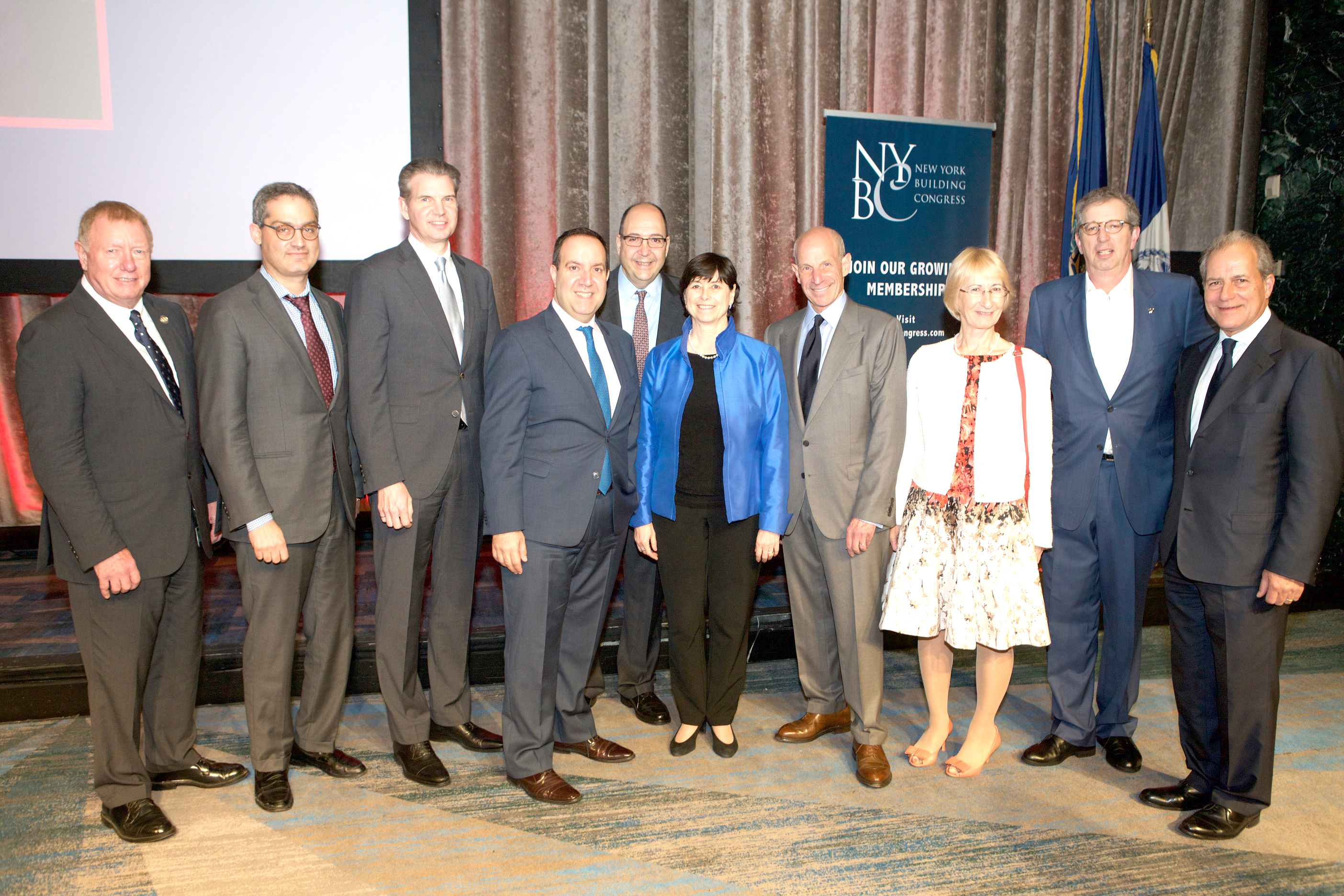 Over 900 industry professionals gathered at the New York Hilton Midtown to honor Jonathan M. Tisch, co-chairman of the Board of Loews Corporation, chairman and CEO of Loews Hotels & Co. and co-owner of the New York Football Giants.

“Their contributions have been both immense and vital, and they can be felt in all corners of our city. The Building Congress is thrilled to honor them and proud to be their colleagues.”

“Jonathan Tisch’s contributions to New York are exceptional and on behalf of my cousin Eric Rudin and myself, I am proud to present him with this year’s Jack and Lewis Rudin Award for Service to New York,” said Rudin.

“From his work with Loews Corporation and Loews Hotels, his steady hand as Chairman of NYC & Co. following 9/11, and his many philanthropic commitments, Jonathan is a remarkable leader for New York.”

Tisch told the gathering, “Bob Tisch, my father, and Lew Rudin had a very special relationship. I think of them frequently, coming over from Poland and starting some of the city’s truly legendary families, and helping to develop this great city.

“Being able to accept an award named after the Rudins is really meaningful to me. Together, we’re still changing the skyline of New York.”

Jill N. Lerner, Principal of Kohn Pedersen Fox Associates, presented a 97th Anniversary Leadership Award to Brazil.
In her acceptance, Brazil said, “What an amazing city we have helped to create. Thirty-six years ago a young Irish engineer came to the U.S. and was able to start her career through the support of Richard Tomasetti.

“Now my hope is that the gender imbalance of our industry will totally disappear in the next 10 to 15 years. I believe that is possible, thanks to the tremendous pipeline of young talent we’re seeing today.”

And the final award was presente to LaGuardia Gateway Partners and their Chief Executive Officer, Stewart Steeves.