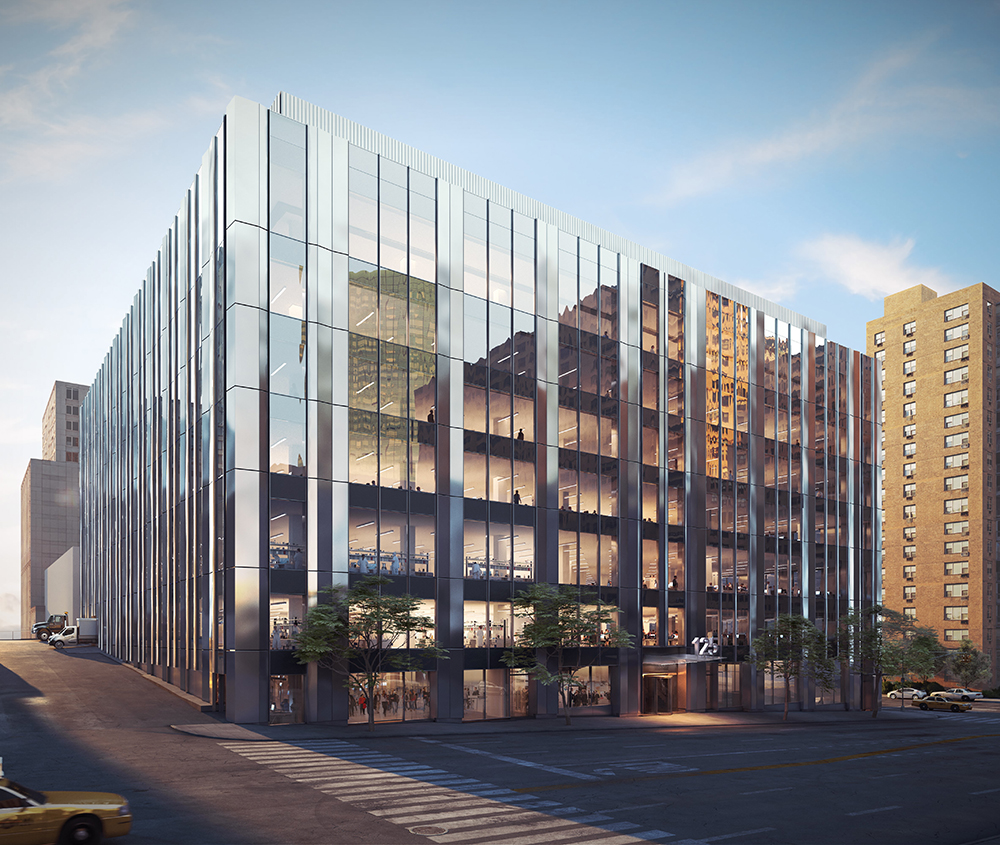 NYC’s access to talent, leading academic medical institutions, large life science workforce, and growing venture capital activity are among the reasons why Taconic said it is targeting over $2 billion worth of life science investments citywide.

Nuveen is also active in the sector, with life sciences properties totaling more than 2.5 million square feet in major markets across the country.

“The life sciences sector in New York City is showing great strength and resiliency in the face of the pandemic, and we at Taconic are emboldened by our previous successes in pursuing this next project,” stated Taconic Partners co-CEO Paul Pariser. “125 West End Avenue promises to be a significant milestone in the emergence of a dynamic life sciences cluster on the West Side.”

“The opportunity at 125 West End Avenue comes at dynamic moment for the life science sector, and will benefit from continued private and public life sciences funding, technology advances, a favorable regulatory environment and overall increased interest due to the pandemic,” added Nadir Settles, Senior Regional Head at Nuveen Real Estate.

125 West End Avenue is an eight-story, 400,000 s/f building that was originally constructed as an automotive facility by Chrysler.  The building has large floorplates of over 50,000 s/f, ceiling heights of 13 to 16 feet, Hudson River views, heavy floor loads, and multiple access points at different levels of the building.

Its current tenant, ABC/Disney, has occupied the site as part of its New York City headquarters since 1985. Taconic Partners and Nuveen Real Estate purchased the property in late 2019, and expect to complete construction in 2023.

Taconic continues to evaluate options for the balance of the site, which includes an existing studio building and development parcel.

Once ABC vacates the site in January 2021, Taconic will make significant investments in the building’s systems to transform it into a best-in-class research facility. These improvements include a robust mechanical plant and purpose-built lab Infrastructure, a new high-performance façade, a roof terrace, and conference center.

“Potential for the continued growth of the life sciences sector in New York City is largely determinate on the functionality of the real estate created to suit the need, which Taconic Partners is committed to delivering at 125 West End Avenue,” said Steve Purpura, CBRE vice chairman and director of the CBRE Life Science Practice Group’s Northeast division.

“The progressive development plans for the site and its close proximity to educational institutions developing talent in the industry make the property a natural fit to further propel life sciences in NYC.”

While Taconic and its selected design team – architect Perkins+Will New York and engineering firm JB&B  – will completely gut renovate the building, they will also capitalize on existing features including its high ceilings, multiple points of direct loading access and an original automotive helix, which will be repurposed for tenant amenity space. Further, the project will include cutting-edge environmental sustainability features and is tracking LEED Gold certification.

125 West End Avenue will further solidify the west side of Manhattan as an emerging life science cluster within New York City. Taconic is responsible for the 322,000 s/f redevelopment of the Hudson Research Center at 619 West 54th Street, only 10 blocks from 125 West End Avenue.  The Hudson Research Center houses notable life sciences tenants including the New York Stem Cell Foundation and HiberCell.  Taconic is currently marketing plug-and-play prebuilt lab spaces there for occupancy In July 2021.

In 2018, the Walt Disney Company, the owner of ABC and ESPN, struck a $650 million deal with Trinity Church Wall Street to develop Trinity’s property at 4 Hudson Square in New York City. The property will be the new site of Disney’s New York operations.

The buildings were sold by Silverstein Properties, which acquired them as part of its $1.15 billion purchase of Disney’s entire eight-building Upper West Side campus in 2018.  Silverstein has said it plans to “reposition” the Central Park-proximate site on Columbus Avenue between 66th and 67th Streets.