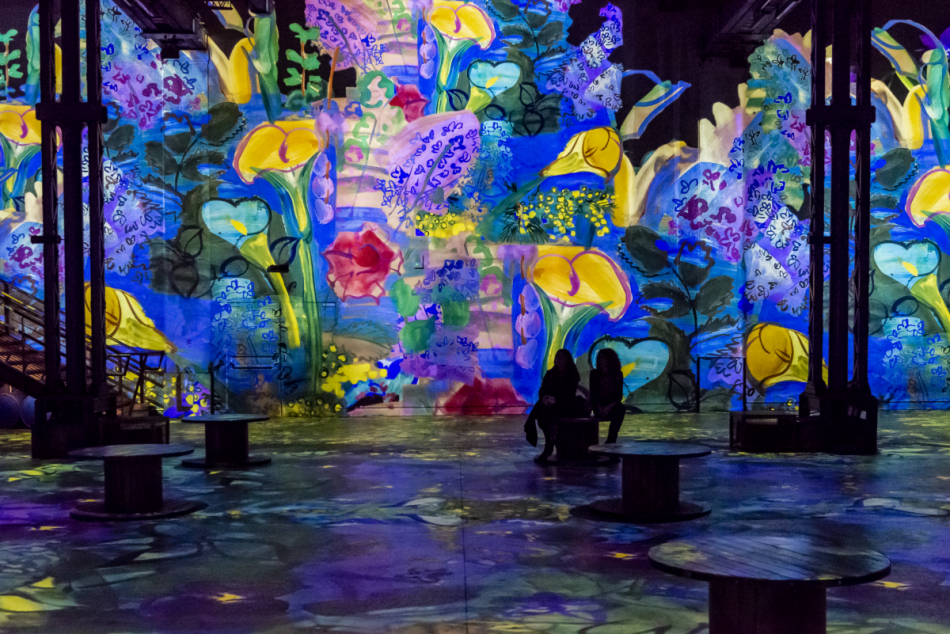 Created by Culturespaces, the Atelier Des Lumières (Studio of Lights) has drawn over three million visitors since it first opened in Paris in 2018. A second space created in a former submarine base in Bordeaux in June 2020, has welcomed more than 300,000 visitors in its first three months.

The immersive art venue showcases work from artists such as Leonardo da Vinci, Gustav Klimt and Claude Monet projected in such a way as to surround visitors and are accompanied by a soundtrack. The digital artwork wraps around all four walls and is projected onto the floor and the structures within the space.

At 49 Chambers Street, the exhibitions will be designed to complement the venue’s interiors of marble, columns, bank tellers, stained glass windows and sculptures, according to a spokeswoman.  Woods Bagot is restoring the banking hall and converting it for use as a digital gallery.

It will be called the Hall des Lumières and is set to open in on the ground floor of the building in 2021/2022 under a “multi-year agreement” with the Chetrit Group.

The Hall des Lumières will use advanced and unique technology to create immersive exhibitions dedicated to some of the most celebrated figures in art history.

In partnership with fashion and events marketing giant IMG, Culturespaces will also stage major cultural and art events and international exhibitions including Frieze art fairs, New York Fashion Week: The Shows, and the Tutankhamun: Treasures of the Golden Pharaoh exhibition.

The Chetrit Group is converting the former Emigrant Industrial Savings Bank, a beaux-arts landmarked building across from City Hall Park, into a 99-unit condo building. Douglas Elliman is marketing the residential portion of the property where currently available units are priced from $1.995 million.