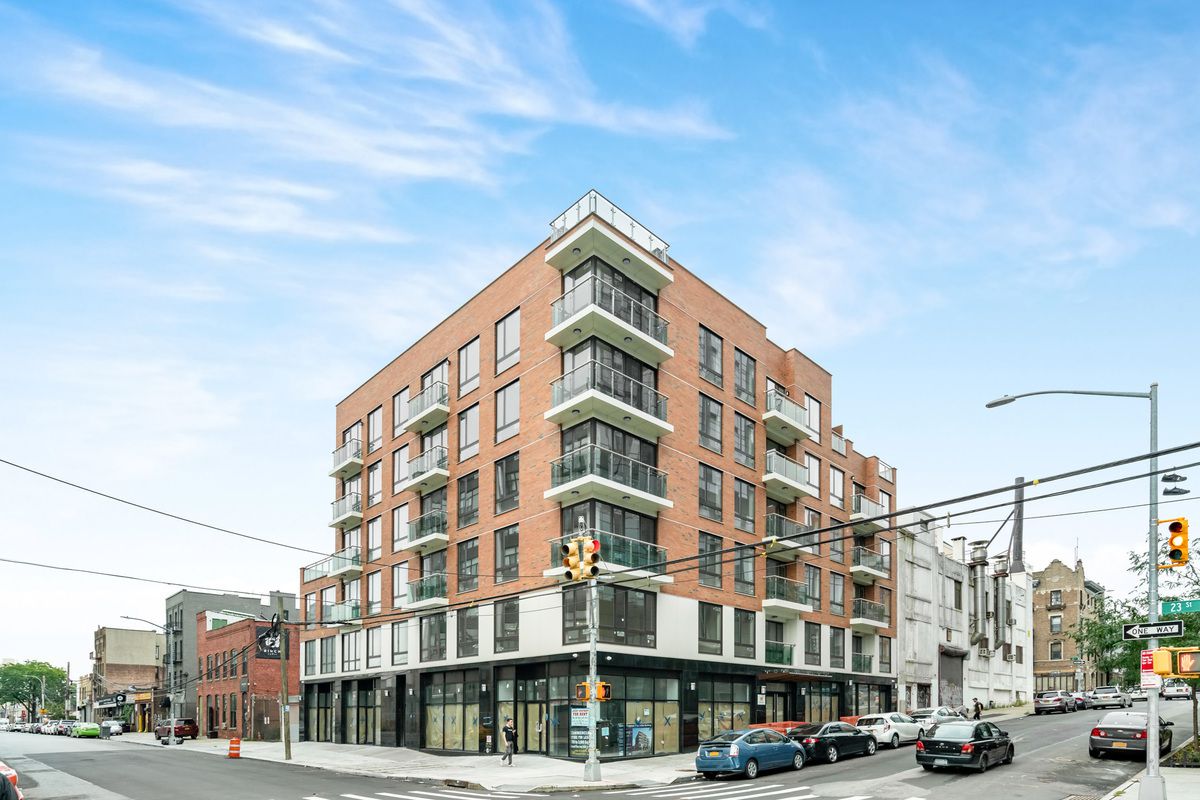 In various schemes to dodge the system, one investor told the city his building was a condo; another claimed his building was empty. A third tried to evict a tenant he actually owed $22,000 in overpaid rent.

“Rent-stabilization laws exist to protect tenants, and we will not let landlords or developers circumvent them,” said Attorney General Letitia James, who announced agreements in the four cases involving the fraudulent use of the 421-a program.

The 421-a program provides property tax exemptions to real estate developers who build qualifying new housing in New York City. To get the break, developers must register the apartments as rent stabilized and provide the tenants with rent-stabilized leases, rights, and protections, unless the properties are exempt because they are condo or co-op.

According to AG James, the developers of the Bridgeview Tower Condominium in Long Island City (pictured top) 5-11 50th Avenue in Long Island City, 33 Bay 41st St in Brooklyn, and 63-36 99th St in Rego Park, all received 421-a tax benefits, but failed to adhere to the relevant requirements.

At Bridgeview Tower, Zehao Fang, Simon Hung, and Austin Ting applied for a 421-a abatement indicating that their building would be a condo and not subject to rent-stabilization requirements. But an investigation revealed that all of the units were rented and none were regulated.

Under the terms of the agreement with the AG, the developers must pay a $150,000 penalty; treat all tenants in the building as rent-stabilized and refund any illegal overcharges.

At 5-11 50th Avenue in Long Island City, 5-11 Realty, Joseph Escarfullery, Elizabeth Petrossian, and Hyunseon Chung falsely represented to OAG that the building was vacant, even though it was occupied by residential tenants. The sponsor also received 421-a tax benefits for 15 years, but failed to provide tenants with rent-stabilized leases and illegally overcharged tenants.

The sponsor is required to pay $178,842 in restitution and refund $21,158 to tenants who were illegally overcharged. The sponsor also was required to treat the tenants as rent-stabilized and lower the rents to amounts permitted by law.

The sponsor illegally rented apartments prior to the completion of the building’s offering plan and failed to offer the tenants rent-stabilized leases despite receiving 421-a tax benefits. Under the agreement, the sponsor paid a penalty of $18,000 and also paid $13,000 in restitution to HPD. The sponsor is required to treat the tenants as rent-stabilized.

The final case concerns the sponsor of the Millennium 99 Condominium at 63-36 99th Street in Rego Park, Tuhsur Development, and  its principals, Yan Moshe and Vlad Moshe.

The sponsor failed to treat certain tenants in the building as rent-stabilized and overcharged multiple tenants by thousands of dollars each. The sponsor also attempted to evict tenants of a unit, who were illegally overcharged, for non-payment of rent, even though the tenants actually were owed a refund of $22,042.

Tuhsur Development was required to pay $159,592 in restitution to be used by HPD to provide affordable housing, $43,066 to tenants that were illegally overcharged, and a $30,000 penalty, as well as lowering the rents of certain units and discontinuing any eviction proceedings against the overcharged tenants.

“The agreements announced today affirm my office’s commitment to promoting access to safe, affordable housing for all New Yorkers. This is a notice to all bad actors seeking to take advantage of tenants: Not on my watch,” said the AG.