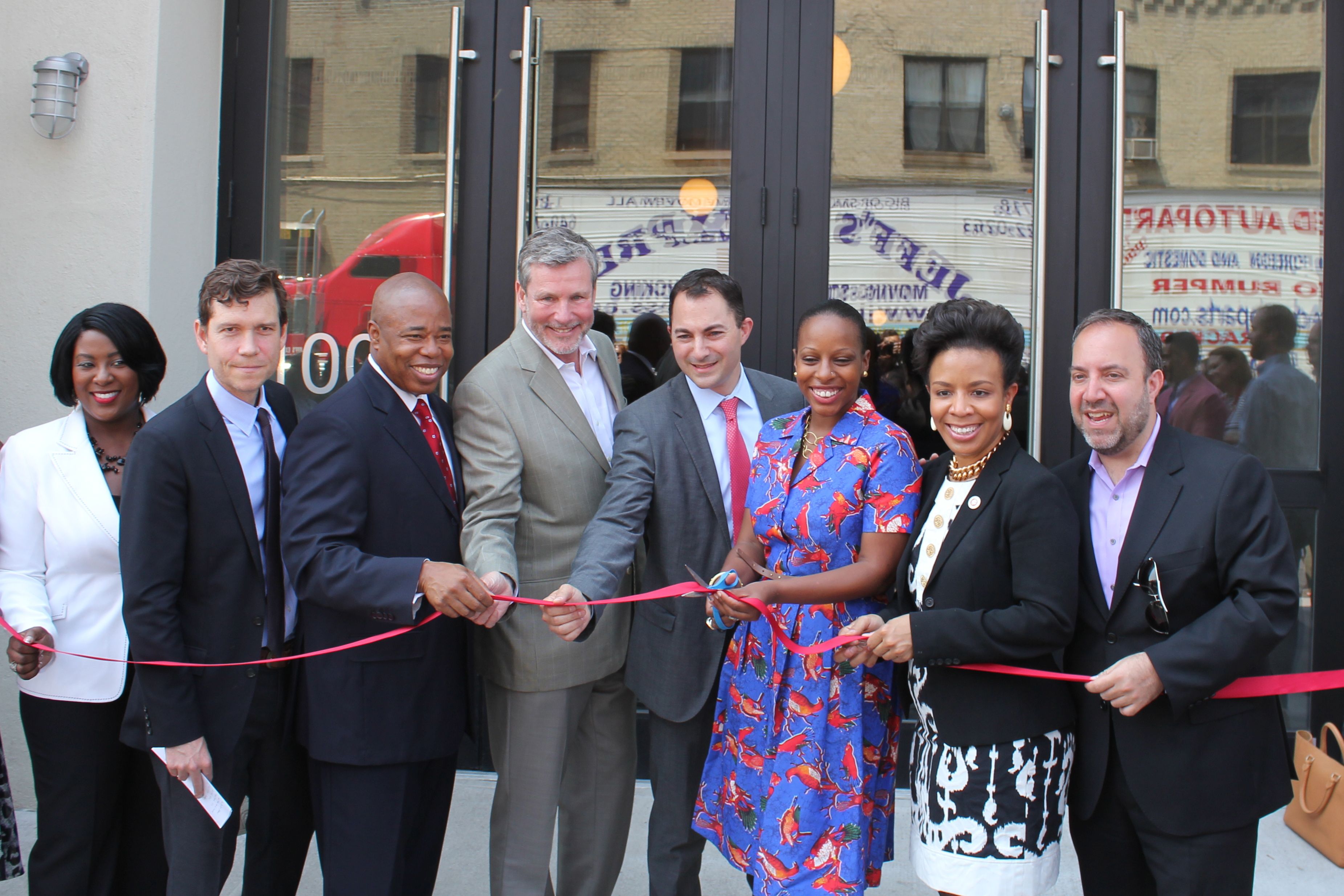 The 150,000 s/f former Studebaker Service Station in Crown Heights has re-opened as a hub for new and growing companies.

Designed by Selldorf Architects with the needs of technology and creative companies in mind, 1000 Dean merges office, production and collaborative spaces under one roof.

A completely new interior, built with state-of-the-art steel, concrete, and masonry systems, has been constructed within the existing shell to support the new building functions. New, high-efficiency mechanical and lighting systems are part of an extensive program of green building features that have taken the building to the forefront of 21st century efficient building technology.

“Crown Heights is rivaling many of our neighborhoods for the title of Brooklyn’s crown jewel, and 1000 Dean Street certainly adds to its luster,” said Brooklyn Borough President Eric L. Adams.

“This new hub for small business innovation will be a hot spot for our creative economy and innovative entrepreneurs, many of whom simply need a little space in order to blossom and thrive.”

The $30 million adaptive reuse project would not have been possible without the assistance of the New Markets Tax Credit program. In all, $25 million in credits were provided by Goldman Sachs Urban Investment Group, Waveland Ventures and United Fund Advisors.

“We’ve worked to transform Crown Heights into a revitalized hub for new businesses, the arts and culture,” said Don Capoccia, a partner with Joseph Ferrara and Brandon Baron at BFC Partners, 1000 Dean’s developer, along with Jonathan Butler, the founder of Brownstoner.

“Now, with the establishment of this new business incubator at 1000 Dean, we will witness the emergence of creative and co-working companies in the area, which will further our city’s new innovative economy and continue to build on Brooklyn’s success.”

The conversion restored the 1920’s façade and many of the original building details while introducing new architectural elements such as two new light wells in the center of the building.

The building’s upper three floors will be utilized as creative office space, with units as small as 500 s/f and flexible lease terms varying from one to five years.

According to Christopher Havens of aptsandlofts.com, the exclusive leasing agent for 1000 Dean Street, a 30,000 s/f space that was originally slated for food incubator 3rd Ward is currently available for lease, as well as an 8,000 s/f former loading dock ideal for a theater or a food production user. Most rents range from $1,500 to $3,000 per month. 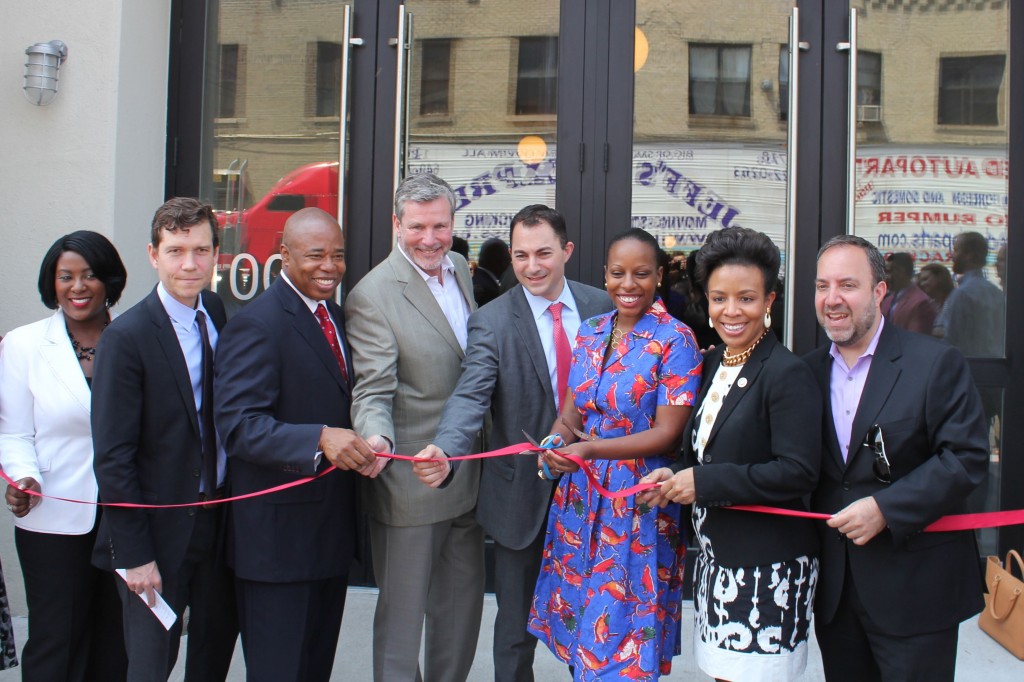 Bruce Ratner, Maryanne Gilmartin to be honored by MAS