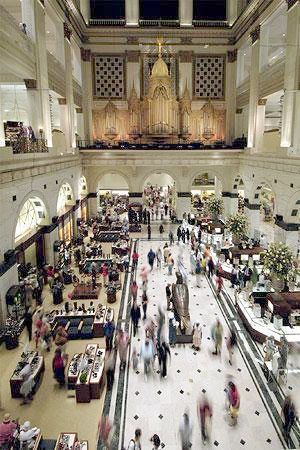 Built in 2012, Infinity Harbor Point is located in the center of Stamford’s Harbor Point waterfront development.

Infinity is situated along the four-acre Commons Park with panoramic views of the Long Island Sound and Manhattan.

“We are pleased to have completed this transaction,” said Dunne. “Infinity Harbor Point is a trophy asset and offers a unique waterfront experience with marinas, walking paths and boardwalks.

“As a relatively recent entrant to Stamford, we believe that the acquisition of Infinity Harbor Point will help to anchor AJH Management as a leader in the Class A multifamily market.”

Founded in 2013, Lakewood, N.J.-based AJH Management has acquired and currently manages more than 3,000 units, with a value in excess of $300 million.

A mixed-use elevator building with 18 market-rate apartments and ground-floor retail space has hit the market on the Lower East Side.

The eight-story building at 165-167 Eldridge Street, encompasses 32,700 s/f and contains 18 residential apartments as well as 15,000 s/f of commercial space. The current tenant has approximately one year left on the lease. The property also has a 4.4 percent Cap rate.

The one-to-three bedroom apartments are not subject to the newly-passed rent regulation laws that have affected the investment sales market in New York City.

“This is an incredible opportunity to buy a building in a dynamic Lower East Side neighborhood that pays dividends immediately as well as over time,” said Anthony Marano of Compass, who is listing the building with Paul Italia, Francis Caamano and Nile Lundgren.

“At $642 per square foot, this property is priced to sell, and offers a potential revenue stream of $1.4 million per year.”

With an asking price of $21 million, the property is located in an enclave between Delancey and Rivington Streets, and is equi-distant from the new Essex Crossing development and the Delancey Street subways

A one-time theater converted to a two-story commercial condo is being offered for sale in Hell’s Kitchen.

Adelaide Polsinelli, vice chair at Compass, has been hired to sell the 3,500 s/f condo at 424 West 49th, steps from Times Square.

The unit occupies the first two floors of the condo building and has three separate entrances and elevator access.

The vacant space is flooded with natural light, column free and ready for immediate occupancy.

It was formerly occupied as a theatre and has a full bank of skylights and exceptional acoustics, according to Polsinelli.

Located between Ninth and Tenth Avenues, in the Hell’s Kitchen nieghborhood, the property is close to Worldwide Plaza, Broadway theaters, restaurants and nightlife, steps away from the subwa, and Port Authority Bus Terminal. “The neighborhood has benefitted from the explosion of the city’s creative services’ sectors in recent years, and will remain in demand for years to come,” said Polsinelli. “It has become a magnet for the theatre industry, the arts, financial services and tech startups that are attracted to the neighborhood’s accessibility.

“This property is perfect for a user interested in being in Manhattan’s center of gravity.”

TF Cornerstone closed out 2019 with the acquisition of its first property in Philadelphia.

The family-owned company purchased the retail portion of the historic Wanamaker Building, totaling 435,000 s/f across three floors of the property.

TF Cornerstone has been growing its portfolio throughout the northeast, which now totals over 12 million square feet in New York City, the Washington, D.C. region, and now Philadelphia.

“At TF Cornerstone, we are always looking for unique opportunities in key and growing markets to expand our diverse portfolio,” said Jake Elghanayan, principal of TF Cornerstone.

“The Wanamaker Building, and in particular its Grand Court, serves as a historic and cultural landmark in the center of Philadelphia and we are excited to be associated with its past and a part of its future.”

The Wanamaker Building is located at 1300 Market Street in Downtown Philadelphia and was originally constructed in 1904 as one of the country’s first department stores.

Doug Rodio of Jones Lang LaSalle represented the seller in the transaction.