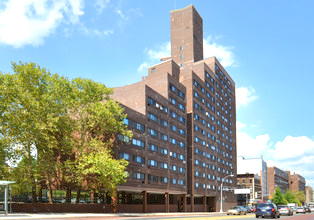 LIHC Investment Group (LIHC), Belveron Partners (Belveron) and Camber Property Group (Camber) acquired the eight-building package in a deal that included the assumption of Cammeby’s debt on the properties.

The Bronx Park portfolio is comprised of eight Mitchell-Lama buildings constructed in the 1970s and rehabilitated in 2014, with 1,275 residential units and 10 commercial spaces.

The units are affordable to low-income families earning 60 percent of area median income (AMI) many of which benefit from a Section 8 contract.

The new owners plan to make operational improvements to benefit the residents and secure the long-term future of the buildings as affordable housing.

Under the Mitchell Lama program, buildings constructed before 1974 are rent-stabilized upon leaving the program, the rent in newer buildings an immediately be raised to market-rate.

The new ownership group already owns a significant number of Mitchell-Lama housing across the City and said it is committed to preserving its latest acquisition for the long term as affordable housing.

“Assembling this portfolio with like-minded, mission-driven owners is a tremendous step toward preserving even more homes for working families in the Bronx,” said Andrew Gendron, principal of LIHC Investment Group.

“We want to thank all of our partners, both public and private, for supporting, preserving and expanding safe and affordable housing opportunities across the city.”

Louis A. Harrison, partner at Belveron Partners, added, “Affordable housing like this is part of the critical infrastructure of any healthy city.”

And Rick Gropper, co-founder and principal of Camber Property Group, added, “We’re proud to add Bronx Park to our growing portfolio of affordable housing throughout the City. Thanks to our public and private partners for sharing our commitment to protecting these 1,275 units for the families that need them.”

The portfolio is broken into three phases. Phase one comprises of 408 units and eight commercial spaces located at 2111 Southern Blvd and 800-820 E 180th St.

Nearly 20,000 of the City-supervised co-ops and rentals in New York City’s Mitchell-Lama buildings have left the program since 1989.

Most Mitchell-Lama developments, originally funded by the federal government, date from the 1950s and 1960s, and many now need significant rehabilitation work.

These tools help reduce operating costs, which in turn works to keep rents and maintenance fees low for residents.

In exchange for the benefits, property owners agree to keep the buildings affordable for at least 20 more years – extending their affordability for another generation.