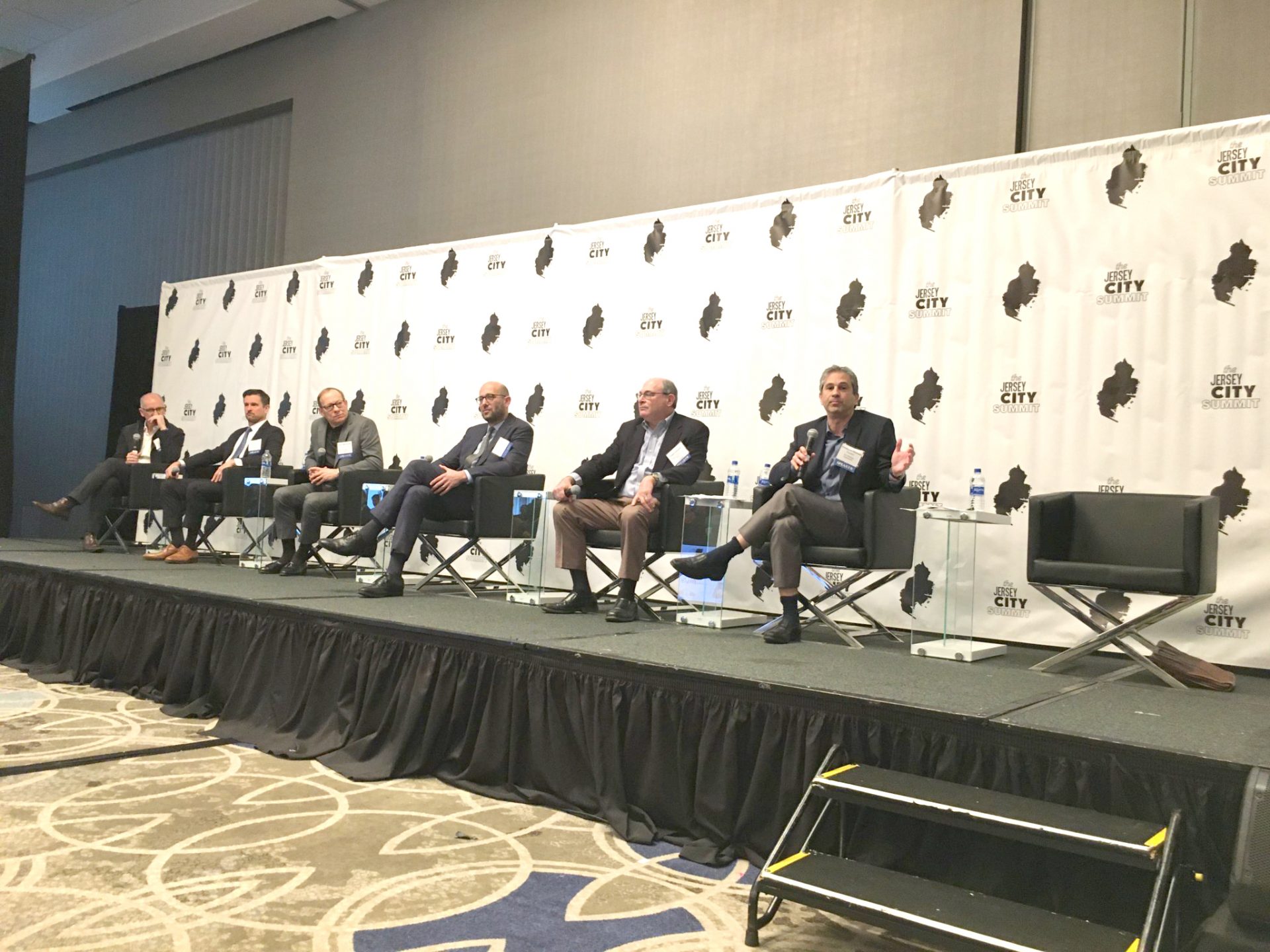 Multifamily players debate the perks of owning in Jersey

With many developers feeling New York has become overly regulated, some have been turning to the comparatively more pro-landlord Jersey City, which was a topic of discussion by panelists at the recent Jersey City Summit for Real Estate Investment.

In the city, where high-rise development is booming, the average rent has reached $3,000, with downtown properties commanding even more.

Chris Fogarty, founding principal, Fogarty Finger Architecture, said, “Jersey City is very hot. What’s interesting is we’ve got clients now coming to Jersey City because of the rent control laws passed by New York State. Jersey City doesn’t have that going on yet, and there’s a saturation going on in the market there anyway.”

Fogarty also said in comparison, it’s quicker to get zoning allowances in Jersey than in New York, sometimes by years. “That allows people to get excited.”

Greg Belew, president, New York metro area; LMC (Lennar Multifamily Communities), added, “It’s not what it was 10-15 years ago. Whenever someone says something about (Jersey City as) the sixth borough, it’s got its own identity for certain. It’s such a commutable, convenient location for these huge job centers and it’s affordable compared to Long Island City and Brooklyn.”

Albanese said, “In Manhattan, the numbers don’t add up. Guys are building at a 4-4.5 cap rate and there’s not much room for error and the rent legislation is very punishing on landlords. Jersey City is pro-business, pro-real estate. The rental market is geared towards 20s to 30-year-olds. At one time (for them) it was Manhattan. Now it’s a different world. With social media, people are more connected without living in Manhattan.”

Cooper noted that while a decade ago Hoboken was a more popular destination, the sale price per square footage for condos in Jersey City and Hoboken is now about the same.

When asked who the panelists’ target market is, Albanese said it’s been a mix of younger professionals and empty nesters, though most of the newcomers are younger.

“Jersey City is trending on the younger end of the spectrum,” said Albanese, “people asking for more affordable apartments and more space.”

Naparstek mentioned that while buildings are becoming more competitive in terms of amenity offerings, concessions are often a part of leasing, with how much determined by how quickly a developer feels pressured to lease up a building.

“It’s just a matter of how much you’re willing to give away,” said Naparstek, though based on what he’s seen, leases with more concessions attached tend to see more turnover.

Marchetto said that while some residents look for chic and others prefer sustainability, overwhelmingly the preference is for buildings that encourage interaction with neighbors through common areas.

“You want to create an environment that encourages social activities,” he said. “You want to have neighbors that feel like they belong and they’re proud of their buildings. What we’re seeing is units are getting smaller and it’s important that a building lean more towards more amenities for younger people. You can’t waste space.”

Paolino mentioned the industry has come under scrutiny when their projects have tax abatements because this means they’re not contributing to community needs like local schools. But Naparstek said Brookfield’s buildings have a high demand for smaller units, which indicates there aren’t a lot of school-age children. (Later at the event, Jersey City Mayor Steven Fulop, who’s also a new father, chimed in to say he disagreed that developers don’t have a responsibility to ensure there are enough schools to handle the influx of new residents.)

Naparstek meanwhile said he thought the city should encourage more affordability in new development by offering PILOTs (payment in lieu of taxes).

“You can’t have affordable housing in buildings that have already been approved,” said Naparstek. “Realistically the only way to do that is with PILOTs.”

Asked about how energy efficient all the new development is, Fogarty said while much of it is, legislation is the best way to ensure that it will continue to remain that way.