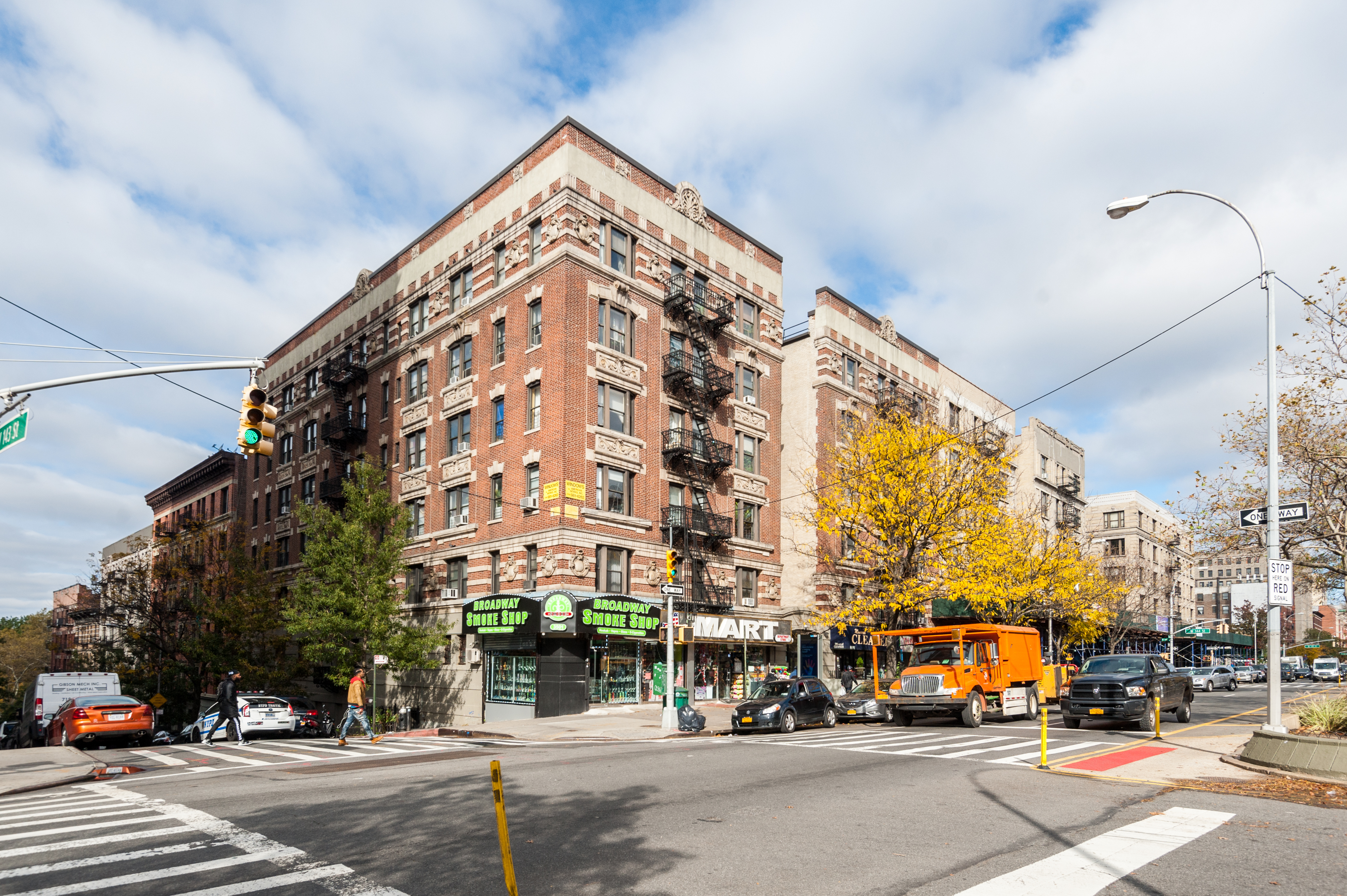 Stellar Management has closed on the $26 million purchase of 3505 Broadway, a residential building in Hamilton Heights.

Built in 1907, the property was purchased from the estate of Harriet Okun, whose family had owned the building for more than 40 years. The six-story, 42 unit building also includes five occupied retail storefronts.

“The acquisition of this property further cements our presence Hamilton Heights,” said Matthew Lembo, a principal at Stellar Management.

“Our deep history in the neighborhood, as well as our commitment to upgrading the properties ensures that we will provide best in class service for our tenants.”

Stellar plans to undertake a capital improvement program on the property, including an extensive lobby and hallway renovation.
Peter Vanderpool and Lazer Sternhell of Cignature Realty brokered the transaction.

With over 30 buildings owned in Upper Manhattan, Stellar Management now owns 31 percent of the retail frontage and 37 percent of the residential units between 139th and 144th street along Broadway.

Rosewood Realty Group announced the $33.7 million sale of a six-story elevator rental building with 84 apartments on Ocean Parkway in the Windsor Terrace neighborhood of Brooklyn.

“The buyer is getting a beautiful property in impeccable condition, a block away from Prospect Park and cozily tucked in to the beautiful up and coming Windsor terrace neighborhood,” said Jungreis, who also represented the buyer in the sale of 2197 Ocean Avenue, and the buyer used the proceeds of that sale to purchase 31 Ocean Parkway.

HAP Investments has closed on the $46 million acquisition of 65 Franklin Street (aka 360 Broadway), a five-story vacant residential property in Tribeca.

In addition, HAP Investments has secured inclusionary air rights to build a residential property on the site.

“We’re thrilled to announce our first acquisition in Tribeca. This is an amenity-rich neighborhood, boasting some of the city’s best art galleries, cuisine and world-renowned cultural institutions easily accessible by public transit,” said HAP Investments co-founder and CEO Eran Polack.

“G4 Capital Partners seamlessly provided the necessary financing, which enabled us to act quickly on this desirable asset.”

“These two transactions speak to the desire of businesses to own their work spaces,” Polsinelli said. “They see ownership as a way to gain flexibility and control over their income and future.”

Schwartz added, “The mixed-use building at 27 East 20th Street is a fantastic location for a restaurant. The East 20th Street corridor is home to many of Manhattan’s top eateries and the space will be ideal for the restaurateur who bought it.”

Onyx Equities has closed on a ground lease for a four-story commercial building in Midtown.

The firm acquired 320 West 31st Street in a joint venture with GMF Capital from Overtime Properties, LLC. Previously, the building was used by TCI College of Technology.

Situated between 8th and 9th Avenues, the property is adjacent to the forthcoming Moynihan Station and has been vacant since the college was shuttered last September. Onyx and GMF plan to gut renovate the building to create 150,000 s/f of modern office space.

Stephen Sullivan, chief investment officer at Onyx, said his company sees a lot of potential in the neighborhood, with its proximity to Penn Station and Madison Square Garden.

“This neighborhood is one of the best locations in Manhattan for commuters and visitors given the pulse of Penn Station below and unparalleled entertainment next door,” Sullivan said.

David Colen of Newmark Knight Frank represented Onyx and GMF in the sale while Overtime Properties was represented by David B. Glassman of Colliers International.

“With its proximity to the subway and Astoria Ferry, in addition to its easy access to Manhattan, the Slate is located in an ideal residential location,” said Preuss.

The Slate is a newly-constructed, 29-unit mixed-use multifamily building. The property consists of 28 one-bedroom units, several with a terrace or balcony, and one commercial unit operating as a medical office called Walk-In GYN Care.

Building amenities include a gym, dog run, common outdoor area, underground parking, rooftop deck, virtual doorman, wheelchair access and laundry room. Currently, the building is operating as a rental building and is approved as a condominium. At closing, the property will be delivered as a fully-operating condo.

Ron Solarz is marketing the Neptune Diner site in Astoria as a future development site with a $10.5 million price tag.

“This property is in a tremendous location and presents an excellent opportunity for a developer or owner-user to acquire a development site that will work for many uses,” said Solarz, an executive managing director and principal at Eastern Consolidated.

“The site’s flexible zoning allows for a mixed-use project that could include residential, hotel, entertainment, retail, commercial, and community facility uses.”

The property, which offers a maximum zoning floor area of ±44,432 square feet and allows for multiple uses.

Solarz, who is working with Gary Meese, senior director, as analyst on the deal, said the property will be sold subject to the existing lease for the Neptune Diner. The lease expires August 31, 2019.

CBRE negotiated the sale of what’s now called the I-78 Logistics Park, an approved 365-acre, master-planned development along the Interstate 78/81 corridor.

Situated at 942 Memorial Parkway, the site has approvals to construct 3.8 million square feet of distribution space.

“This property represents one of the largest concentrations of approved land in the coveted Lehigh Valley area of the Interstate 78/81 Corridor,” said Fiumara. “With the strong tenant demand and limited availability of Class A logistics space in the market, there was tremendous investor demand for this site and we were able to identify an ideal buyer that recognized the park’s long-term value.”

Risks, rewards on the horizon as real estate embraces Internet of Things

TRANSACTIONS: Meridian Capital puts together a pair of $19M loans