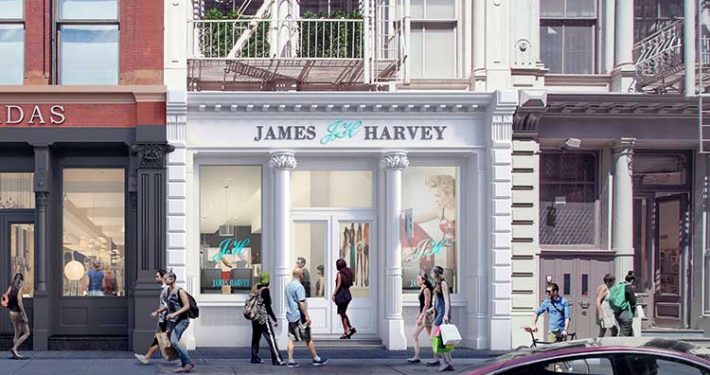 The entire island of Manhattan may have been bought for 60 Dutch Guilders, but prices have grown exponentially since.

And just as the island’s first colonists started small with their land purchase from the native Lenape Americans, the 60 Guilders real estate investment firm has been quietly building a solid Manhattan portfolio since its founding in 2013.
Savanna Real Estate alumni Bastien Broda and Kevin Chisholm both wanted the freedom to pursue their own ventures.

“We’re entrepreneurs and we wanted to be in business for ourselves,” Broda said about starting 60 Guilders. “We wanted to just be masters of our destinies.”

60 Guilders now owns 14 properties, ranging from Midtown offices to an industrial lot in Sunset Park, but they are particularly well-versed in the SoHo retail market with six properties in the area.

“At this moment in time, SoHo is the healthiest retail market in Manhattan,” Broda said of their SoHo acquisitions. “It’s the only place we know of that’s got a critical mass and has a very diverse type of retail.”

The locale is home to a variety of retail including luxury, mass market, technology, leisure, and more in a compact, walkable neighborhood that accommodates residents and tourists, Broda said of its appeal.

The company’s properties have drawn high-profile tenants, like the former pop-up shops from online bed delivery company Casper at 106 Spring Street and the Kardashian sisters’ boutique DASH at 119 Spring Street.

With a stronghold in SoHo retail, Broda said they’re seeing certain companies who are finding success in the trendy neighborhood.

Broda explained that online retailers have a massive amount of analytics that includes data on who their shoppers are, where they’re located, what they’re looking at online. Using this treasure chest of information, companies will open a physical location based where the data points to, Broda added. And for most online retailers, SoHo is where they want to be.

Despite these new-age companies flocking to SoHo, Broda said 60 Guilders is very disciplined in where and what they buy in SoHo.

“We’re very focused on what we call core SoHo, streets like Mercer, Wooster, Broome, the retail in and around two to three blocks around the Apple Store,” Broda said.

Location may be an important factor, but Broda said their firm also focuses on the quality of a retail property. Office buildings are labelled as Class A, B, or C, but there was no equivalent for retail, Broda said. To fill this gap, 60 Guilders designed a database that tracks each of the properties with their ceiling heights, window bays, entrances, basement entry, and tons of other data points.

“We’re able to identify which properties have high standards and the highest quality and we go after those properties,” Broda said of their buying strategy. “Also, we work with best in class leasing teams that are out there every day, meeting with tenants and leave no stone unturned.”

With the SoHo retail front under their belt, 60 Guilders is also looking to expand to other types of properties. Their current portfolio contains six retails properties, six office buildings, one residential, and an industrial lot.

Moving forward, Broda said one of their current investment strategies focuses on buying under-improved properties in the outer boroughs. He added they’re looking for these types of lots in areas like Williamsburg and Sunset Park in Brooklyn, Maspeth and Long Island City in Queens, and Mott Haven in the Bronx.

Broda said the firm already has a “robust pipeline in this strategy” and are actively negotiating to buy several of these properties. Once purchased, they would either be upgraded or converted into anything from storage stage, to studios, or even offices in extreme cases.

With a wide breadth of property investments, Broda said their only constant is buying in New York City.
With SoHo figured out, 60 Guilders has no limitations on what they’ll go into next, whether it’s the boom of industrial real estate or more retail.

“We’re free agents,” Broda said. “It gives us the flexibility and opportunity to buy any type of deal.”