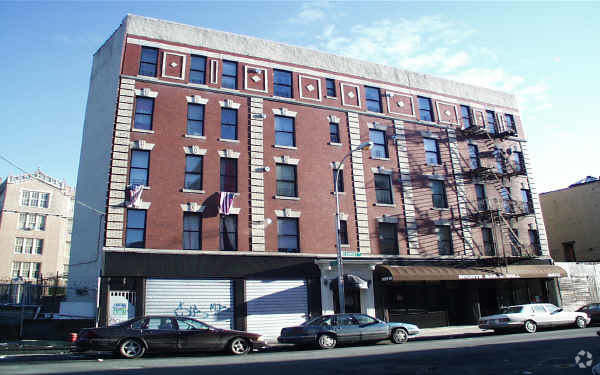 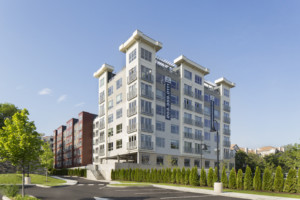 Built in 2017, Element One offers 183 market rate apartments with luxury finishes and amenities including multiple resident lounges, a rooftop terrace, pet spa, bike storage and fitness center .
“Element One is an exceptional asset that is truly unique in the market, given the great attention to detail in both design and construction, which is rarely found in rental properties,” said Dunne .
“The strong leasing interest from the time the property opened was a direct result of the sophisticated Stamford renter that increasingly seeks luxury amenities and finishes.
“The property is currently 99 percent leased and we expect that the new ownership will build on this solid base of high occupancy and quality management, which distinguishes Element One in the market.”

Holliday Fenoglio Fowler announced the sale of a 538,107 s/f, three-building, Class A medical office complex in Morristown, New Jersey.
The HFF team represented the seller, National Business Parks, Inc., and procured the buyer, Harrison Street Real Estate Capital, LLC, in what is the largest medical office sale in the state of New Jersey.
Pricing details were not disclosed. 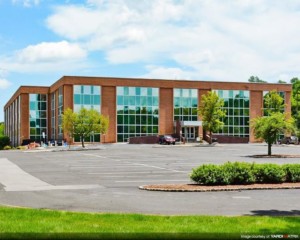 The three buildings are 93 percent leased to Atlantic Health System,  ahealth delivery system, and house some of their critical offices and services. Located at 435, 465 and 475 South Street, the complex is situated in Morristown, one mile south of Atlantic Health Systems’ flagship 742-bed hospital.
The HFF investment advisory team representing the seller included senior director Ben Appel, senior managing director Jose Cruz, managing director Evan Kovac and associates Matthew DiCesare and J.B. Bruno.
“Atlantic Health System provides care to more than 1,100 patients daily at this complex,” Appel said. “The additional land at the complex, although not yet spoken for, is earmarked for an 80,000 s/f expansion. The hospital has expanded multiple times on this campus in recent years.”
“Demand from the investment community for well located, good credit, medical office buildings is very strong in Northern and Central New Jersey,” added Cruz.

60 Guilders and The Carlyle Group announced the sale and closing of seven office condominiums at The Corinthian over the last quarter.
Located at 345 East 37th Street, the units were purchased by a variety of buyers including medical professionals and investors.
The non-profit Turtle Bay Music School sold the building it had occupied since 1935 and moved their entire operations to the 19,000 s/f ground-floor office space at The Corinthian. Closings began in May 2018.
“Recently, there is more mindshare for office condos in the Manhattan market, which currently represents just under two percent of the total office market,” said Kevin Chisholm, Managing Partner and Co-Founder of 60 Guilders. 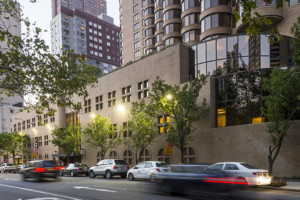 “Internationally, this is much higher, with some countries having more than 50 percent of their commercial office space for ownership. Business professionals in NYC are starting to acknowledge the benefits of owning their space.”
Located in the heart of Medical Mile on East 37th Street between First and Second Avenues, The Corinthian Office Condominiums is a three-story, approximately 100,000 s/f office condo development at the base of the 57-story Corinthian luxury residential tower.
The property, adjacent to NYU Langone Medical Center campus, is primarily occupied by medical professionals, law firms, public relations firms and accounting practices.
● terra crg
RedSky adds to Brooklyn assemblage

TerraCRG announced the closing of 571 Fulton Street on the Fulton Mall in Downtown Brooklyn.
Ofer Cohen, Dan Marks, Daniel Lebor and Mike Hernandez exclusively marketed the property on behalf of the sellers, Reliance Trust Company of Delaware as trustee in collaboration with their special asset advisor, Doug Smock of Springwood Property Company, LLC, finalizing the deal at $14,500,000.
The property has over 24 feet of frontage on the Fulton Mall, along with almost 30 feet of frontage on Flatbush and DeKalb Avenues.
According to The Real Deal, RedSky Capital purchased 571 Fulton to add to a site assemblage it has been building for the past four years. It includes more than a dozen buildings on Fulton Street, along with a building at 396 Flatbush Avenue Extension.

RM Friedland announced that Marco Lala is exclusively marketing a four-building portfolio near Fordham University in the Bronx. 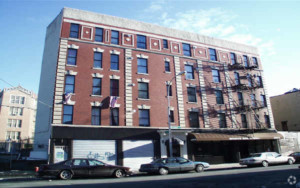 The asking price is for the 74-unit package is $21,500,000.
The properties are located at 2470 Beaumont Avenue, 2476 Cambreleng Avenue, 2483 Cambreleng Avenue and 615 E189th Street.
“This undiscovered submarket features tremendous value-add opportunity fueled by the ever expanding Fordham University, the historic Little Italy shopping district and
Saint Barnabus Hospital,” said Lala.
“The current ownership has been undergoing a process of updating apartments and converting an increasing percentage of the tenancy to college students.” 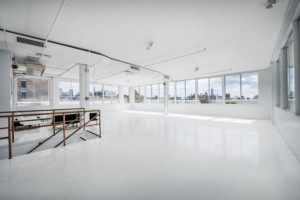