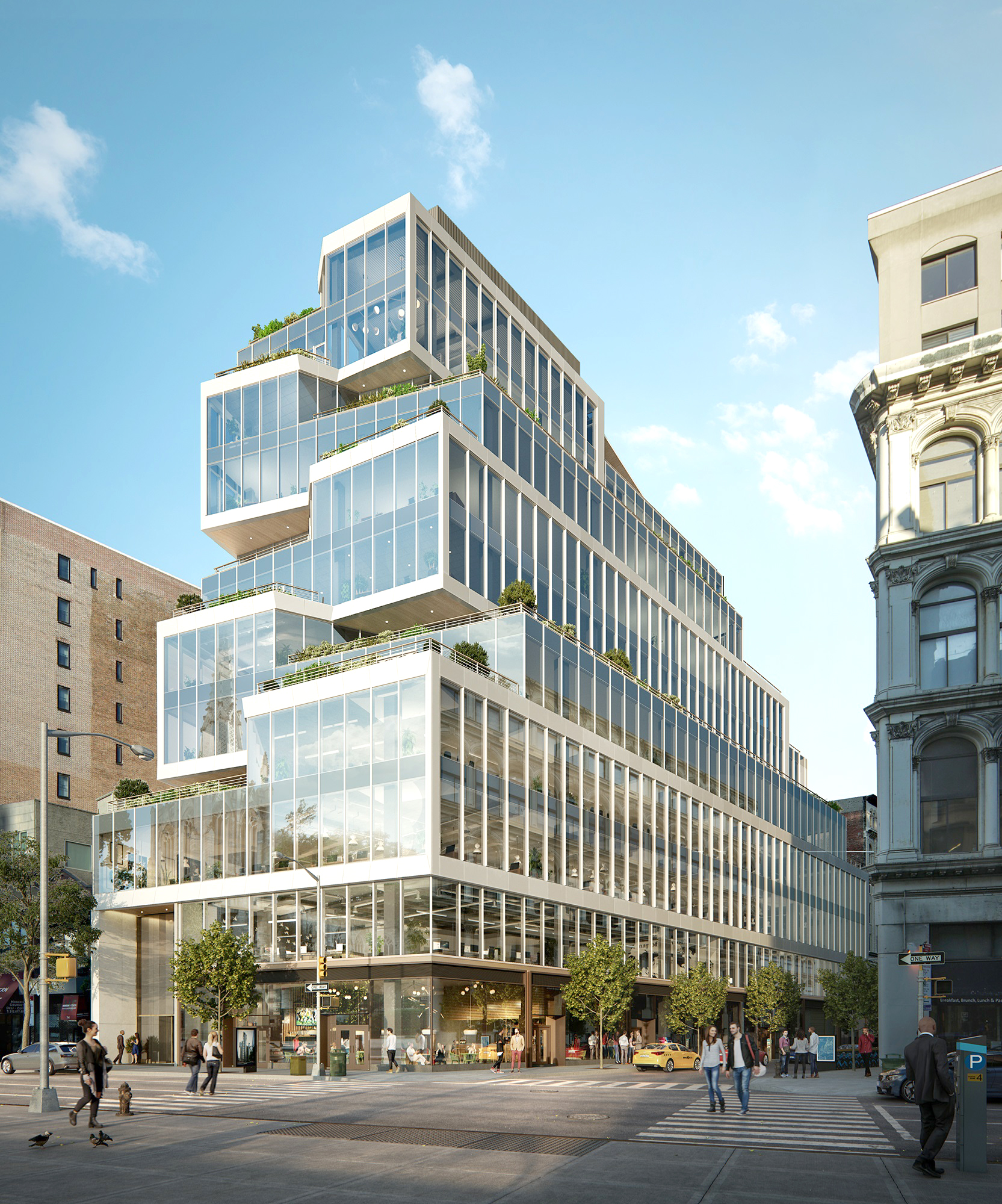 Columbia Property Trust has entered into an agreement to form a joint venture with Normandy Real Estate Partners to jointly develop 799 Broadway in Midtown South.

Columbia said it will own a 50 percent interest in the $300 million ground-up project, which is scheduled to be completed in the second half of 2020.

According to a report in Crainʼs, Columbia paid more than $70 million to buy the ownership stake from Ares Management which bought 799 Broadway with Normandy in 2016 for $101 million.

The new 799 Broadway will feature floor-to-ceiling glass, private terraces, and 15 foot high ceilings designed to appeal to appeal to “progressive and creative companies.”

799 Broadway is located at the corner of 11th Street and Broadway, at the convergence of Union Square and Greenwich Village on the edge of Midtown South, the tightest office market in the city. A market typically dominated by tech occupiers, Midtown South leasing activity continues to be bolstered by a mix of co-working, health and educational tenant transactions, according to Avison Young.

The real estate service firm reported second quarter leasing activity in the market was up 85 percent year-over-year, with volume for the total first half of the year up over 65 percent.

Overall vacancy in the second quarter came in at 9.1 percent, above 7.7 percent a year ago with the increase due to vacant space being left behind at 345 and 375 Hudson Street by Penguin Random House, which is consolidating space into nearly the entire 1745 Broadway property in Midtown.

Nelson Mills, chief executive officer of Columbia, said the 779 Broadway deal was part of the companyʼs strategy of seeking selective development opportunities in target markets “to provide value and growth to our high-quality, well-leased portfolio.”

He added, “Normandy brings deep development expertise and success in Manhattan and elsewhere.

Combined with Columbia’s repositioning and leasing track record in Midtown South, we believe this is a perfect partnership to develop 799 Broadway into a best-in-class office destination.”

Jeffrey Gronning, a founder and partner of Normandy Real Estate Partners, added, “We look forward to working with Columbia to jointly develop a Class A, loft-style, creative building in this ideal location. With its high-end amenities and features, this unique building will be ideally suited for tenants seeking a creative and collaborative environment and should benefit from the limited supply of newly developed properties in this highly desirable neighborhood.”