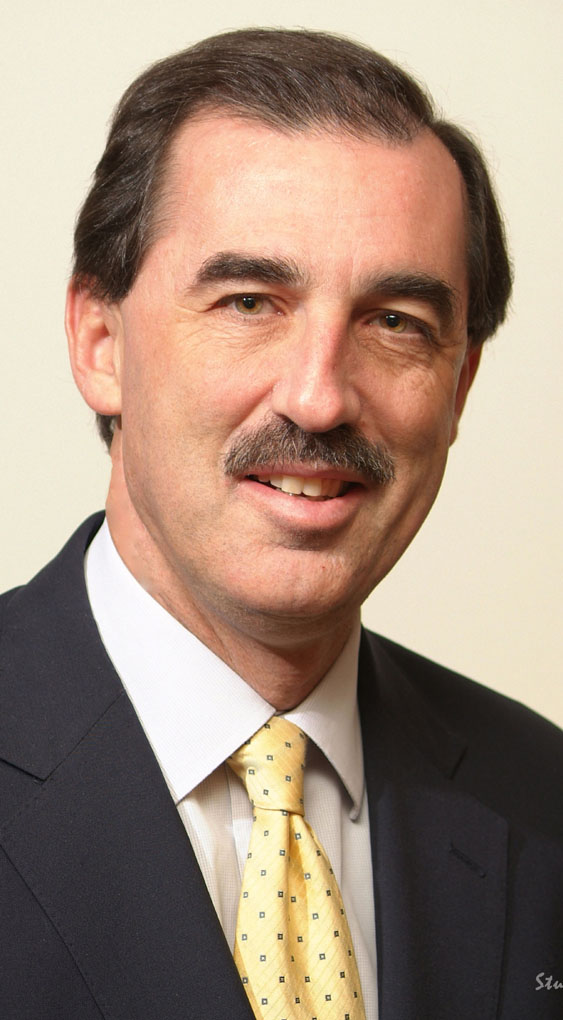 New Jersey-based The Silverman Group has paid $26 million for a Connecticut apartment community as the company continues to expand it multifamily portfolio.

Jeffrey Dunne, Gene Pride, and Patrick Carino of CBRE’s Institutional Properties team, represented Bouwfonds Preston’s Crossing LP in the sale of Ardenwood Apartments, a 128-unit Class A community in North Haven, CT to The Silverman Group.
Built in 2000, Ardenwood Apartments sits on the Quinnipiac River, half mile from the Wilbur Cross Parkway and Interstate 91. It has a pool with sundeck, fitness center, enclosed garages, dog park and barbeque grills.
“Ardenwood Apartments is great asset in a quaint setting that appeals to residents looking for a proximate location to New Haven and Hartford but in a quiet, highly amenitized, suburban location,ˮ said Dunne.
“Fairfield Residential did an exceptional job maintaining strong occupancy with high quality tenants during their ownership. This is a key acquisition for The Silverman Group as they expand their multifamily portfolio in Connecticut.”

A vacant school building at 555 West End Avenue on the Upper West Side, was sold for $50 million.
The seven-story elevatored building contains approximately 42,000 s/f.
Originally constructed as a school around the turn of the 20th century, it most recently served as St. Agnes High School and was vacated in 2013.
It features large floor plates lined with windows, high ceilings, potential amenity space, and the possibility of adding additional square footage atop the building.
It lies within an R10A zone and has 39,000 s/f of additional air rights. The sale price equates to approximately $1,190 per square foot.
“The land market has been on fire, and the redevelopment market is equally hot. Developers are very, very optimistic about the future of the market,” said Massey Knakal chairman Bob Knakal, who exclusively represented the seller in this
transaction with Hall Oster. The buyer was represented by Stan Putko of Orenda Estates.

Cignature Realty Associates sold two Washington Heights buildings for $17.2 million.
The buildings include a six-story corner building at 285 Fort Washington Avenue for $11.5 million and a five-story building on 815 West 180th for $5.7 million.
The 37,170 s/f walk-up has 39 apartments, wo offices and 21,230 s/f of air rights.
Peter Vanderpool and Lazer Sternhell of Cignature Realty represented both the buyer, Heritage Realty and the seller, a local real estate fund. The building sold for 14.1 times the current rent roll.

According to Vanderpool, a large number of tenants in the building are either young professionals or students associated with Columbia.
“The building still has a fairly low rent average leaving a lot of room for future growth potential for the new purchaser,” added Vanderpool. “This is basically a turnkey operation for the new owner with most of the heavy lifting already done by the prior owners.”
The five-story walk-up apartment building on the corner of Pinehurst and West 180th has 25 apartments and sold for 13.5 times the rent roll.
Vanderpool and Sternhell also represented both the buyer, Heritage Realty, and seller, Tal Realty LLC. According to Vanderpool, the building is located in a niche area where product is hard to find.
“Owners don’t like to sell in this little neighborhood enclave because it is that good,” said Vanderpool.
“The purchaser who has other assets in the area felt this was a great addition to his portfolio.”

Besen & Associates announce the sale of 28-30 East 38th Street in Murray Hill or $13.55 million.
Amit Doshi negotiated the deal on the six-story elevator apartment building with 23 apartments and one dentist office.

Constructed in 1900, it has approximately 20,110 s/f and commands rents averaging $2,176. The sale price equates to a gross rent multiplier (GRM) of 21.8, $589,130 per unit, $674 per square foot, and a 3.3 percent capitalization rate.
“With almost half of the apartments still under rent stabilization, the purchaser saw enough upside potential to justify the purchase price of this fine asset,” said Doshi.
“We have recently completed several transactions in the Midtown East vicinity and have achieved astonishing numbers for our clients there.”
The seller was represented by Seth Stein of the Law Firm of Seth Stein P.C. and the purchaser was represented by Elizabeth Smith of Goldberg, Weprin, Finkel & Goldstein LLP.

Ariel Property Advisors has announced the sale of a portfolio of three multifamily buildings with 60 units at 432-434 West 163rd Street and 612-618 West 182nd Street in Washington Heights.
The package, which totals approximately 45,543 s/f, sold for $10 million.
Victor Sozio, Shimon Shkury, Michael A. Tortorici, Josh Berkowitz, and Marko Agbaba represented the seller and procured the buyer, both private investment firms.
“This deal reflects the heightened investor interest in multifamily properties in Washington Heights, which recorded more multifamily transactions in the second and third quarters combined than any other neighborhood in New York City,” said Sozio.
“Multifamily transactions in Washington Heights in these two quarters compared to last year increased 58 percent to 30 and the dollar volume of those trades jumped 78 percent to $366 million.”

● lichtenstein RE
Last site in Riverdale?

LichtensteinRE has been retained on an exclusive basis to sell a development site on the edge of Riverdale.
The site is located across from Riverdale Country School, at 5278 Post Road and its asking price is $11.5 million.
The site consists of 25,219 s/f, 0.58 of an acre of land on its two combined lots forming an L-shape.

The western side of the property overlooks the luxury Fieldston section of Riverdale. The largest eastern side has frontage at 6301 Broadway overlooking Van Cortland Park.
The current owner/developers of the site are working with its architect and propose a mixed used building, with 95 to 100 apartments, parking garage and a community facility.
“This may be the very last development site on Van Cortland Park and is a special property on busy Broadway, ideal for retail medical offices,ˮ said Andrew Lichtenstein, the exclusive listing broker.

URS Capital Partners has made its second acquisition in the last six months, with a multi-family purchase in Ohio.
The private real estate investment firm, with offices in Long Island and Miami, focuses on acquiring value add apartment communities throughout the Midwest, Mid Atlantic and Southeast.
It acquired Creekside Village, a 228 unit apartment community in one of Cincinnati’s strongest submarkets, Fairfield Ohio utilizing CMBS debt, arranged through Chris Kinder of Iron Hound Management.
URS Capital Partners has closed over $45,000,000 of acquisitions since their first apartment purchase in 2010 and is targeting $60M+ of acquisitions throughout the Midwest and Southeast within the next 12-18 months.

Marcus & Millichap has been tapped to sell 48-02 25th Avenue, a four-story, 95,000 s/f office building in Astoria. The listing price is $19,500,000.
Mark Gjonbalaj and Andrew Watson, both in firm’s Manhattan office, are representing the seller, a Queens-based owner/investor.

“The building offers an excellent opportunity to capture rent growth in the near future from surging demand for office space in the Astoria/Long Island City office marketplace,” said Gjonbalaj.
“The property’s high-tech industry tenants are part of a growing trend of tech companies that need proximity to Manhattan without paying Manhattan’s premium rents.”
“Long Island City and Astoria are enjoying a residential redevelopment renaissance, yet there are very few new or competitive commercial developments in the area,” added Watson.
Constructed in 2009, the building is right off the Brooklyn-Queens Expressway on a 34,055 s/f lot.

HFF has closed the sale of a commercial development site at 11-55 49th Avenue in Long Island City, New York.
HFF marketed the property on behalf of the seller and procured the buyer, Criterion Group LLC.
The development site is located at 11-55 49th Avenue adjacent to the 7 Train in the Hunter’s Point neighborhood of Long Island City.
The site is currently a 26,415 s/f vacant parking lot and it is zoned for 132,074 s/f of residential or commercial development.
The HFF investment sales team representing the seller was led by senior managing director Andrew Scandalios, managing director Jeff Julien, director Rob Hinckley and associate director David Fowler.

CPEX Real Estate is proud to announce the sale of a development site at 88 Schermerhorn Street for $11 million, or $330 per buildable square foot.
The property has a footprint of 3,333 s/f, with an existing four-story, 10,570 s/f building.
Zoned C5-4 with a special Downtown Brooklyn overlay, the site has a maximum FAR of 10.0, permitting up to approximately 33,330 buildable square feet “as of right” for residential use. The property was delivered vacant.
CPEX’s Development & Conversion Investment Sales Team, led by Sean R. Kelly, Esq., represented the seller, 88 Schermerhorn, LLC, who purchased the property in October of 2013 for $3,750,000.
CPEX also procured the buyers, Heights Realty Advisors and Rockwood Capital.
“This site offered a rare opportunity to purchase a development site in Brooklyn Heights as most of the neighborhood is landmarked,ˮ said Kelly.
“We had several offers from very capable buyers, but Heights Realty Advisors and Rockwood Capital stood out because of their presence in this market and their ability to move quickly.” said Kelly.
The broker said $330 per buildable square foot is probably the highest price paid for a high rise development site within the Downtown Brooklyn special zoning district.
The buyers plan to build a luxury condominium building.

Massey Knakal Realty Services has been retained on an exclusive basis to sell the Broadway Bushwick Portfolio consisting of three retail properties and three development sites in Bushwick.
The properties are being offered individually or as a package, and ownership is requesting proposals.
The portfolio contains 335,000 buildable square feet. The retail portion incorporates 38,100 s/f across three buildings and the development portion consists of approximately 40,000 s/f of vacant land.
It is one of the few sites of scale available in the neighborhood, according to Massey Knakal’s Michael Amirkhanian, who is exclusively marketing the property with Stephen P. Palmese.
“Not only does this opportunity present a buyer with an immediate income stream and great retail upside but each development site will be offered at different phases of construction, allowing for an easy transfer of resources between projects and a strategically segmented delivery to market,” said the brokers.