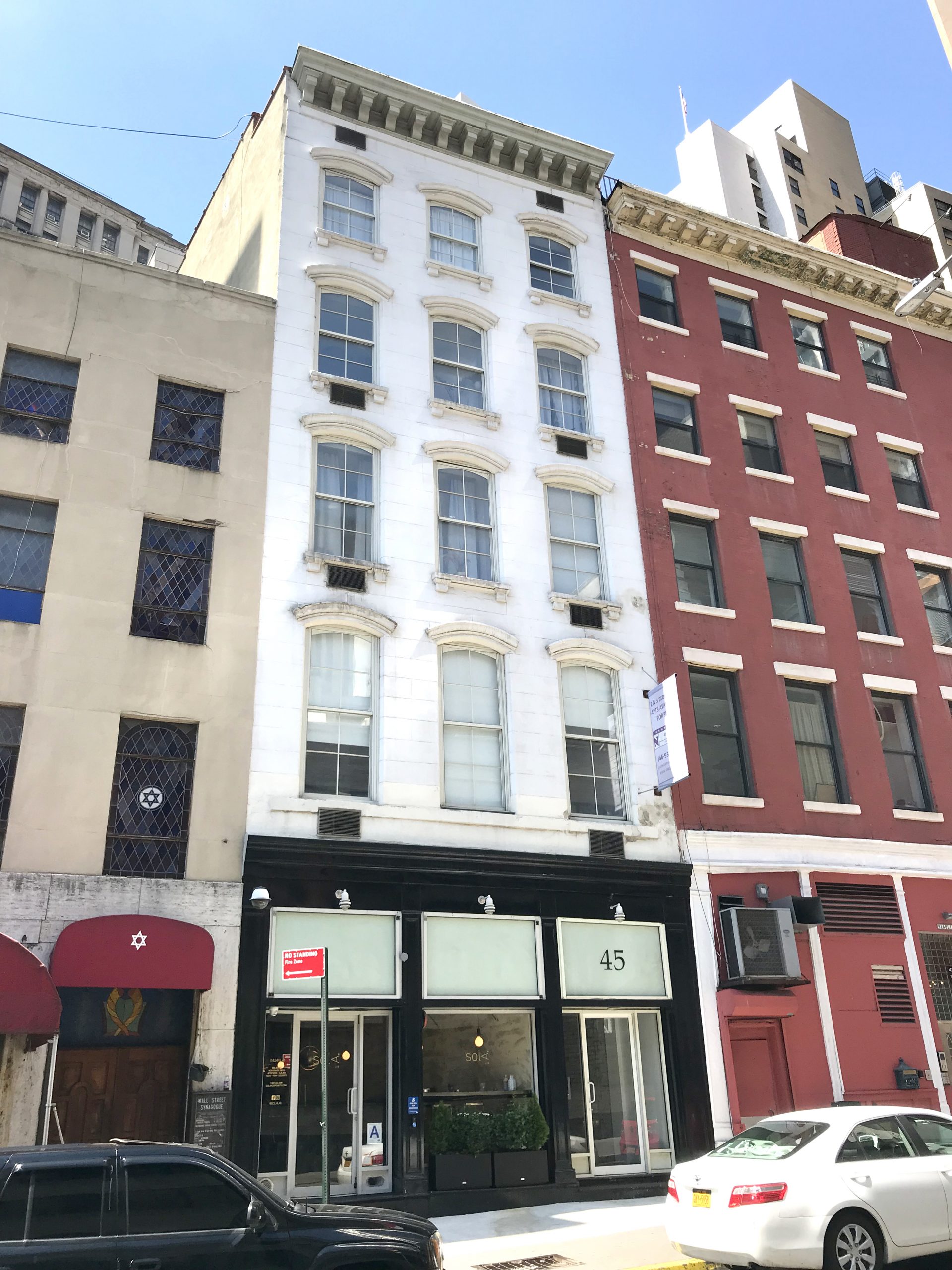 Development Site Advisors has been exclusively retained by ownership to sell 400 West 219th Street, the largest development site on the market in Northern Manhattan.

The asking price is set at $22.5 million or roughly $156 per buildable square foot Located in Inwood, the site encompasses a full blockfront on 9th Avenue off Broadway, between Wwest 218th Street and West 219th Street.

This future mixed-use development project is surrounded by views of the Harlem River and a plethora of new housing stock in an area where many buildings are close to 100 years old.

“With an abundance of parks, Inwood is the emerald crown atop Manhattan, and one of its best kept secrets,” said Lev Kimyagarov, managing principal and co-founder of Development Site Advisors.

“The site is also located in a FRESH zone which allows developers to increase the size of the project by 20,000 bsf bringing the potential total to 164,000 bsf. Many supermarkets have already inquired about leasing space in the new building or about purchasing a commercial condo.”

The site is situated in a Qualified Opportunity Zone, allowing a long-term investor to defer and even eliminate capital gains tax.

The asking price for the building is $12.5 million. Executive managing director Ron Solarz and associates Jonny Yuran and Jason Shein are representing the seller.

45 Beekman falls under tax class 2B, a protected class. The a 2,000 s/f of ground floor commercial space are currently leased through 2027 by the Italian restaurant Sola Lab, operated by a Michelin-starred chef.

The eight residential apartment units in the five-story, walk-up building, a mix of loft and penthouse duplex style living, are all currently rented free market units.

45 Beekman is two blocks from the Fulton Street subway station and near the South Street Seaport, Pace University, Lower Manhattan employment centers and One World Trade.

The asking price for the four-story property $12 million.

The building consists of five office units, all of which have long-term, in-place leases with annual escalations of about three percent. Sean R. Kelly, Esq., David Khukhashvili and Jiani Zhou are representing the seller.

According to Kelly, “The fact that it is mostly occupied by medical tenants makes it especially attractive as the medical industry continues to expand. Additionally, the asset is virtually management free.“

JLL Capital Markets is marketing 261 Grand Concourse in the Bronx, a 10,242 s/f development site located within an Opportunity Zone.

The property offers between 61,657 and 73,742 s/f of development rights with potential for residential, hospitality and commercial uses. The current tenants are all on short-term leases, which are set to expire in June 2021.

Approximately 6,500 new residential units are coming to the area and several large scale development projects are underway nearby.

“261 Grand Concourse is an exciting opportunity in the heart of Mott Haven’s booming development market,” said Brumback. “This site lies in an Opportunity Zone, features over 430’ of frontage and allows construction of between 62,000 and 74,000 square feet across a variety of residential, hospitality and commercial end uses.”

The sellers originally acquired 155W23 in 2015 under a 99-year newly formed ground lease. This is MCRE’s first office acquisition since being formed earlier in 2019 by industry veterans Steve Grant and Andy Nathan.

MCRE will handle leasing in-house and has tapped Kaufman to continue as property manager.

“Since acquiring 155W23 as part of the former Ring Portfolio in 2015, we have transformed the former vacant property through an extensive capital improvements program into a leading office building in Midtown South,” said Michael Kazmierski, president of Kaufman Investments.

“155W23 will be a terrific long-term investment for MCRE and our partner,” said Steve Grant, managing pricipal of MCRE. Adam Spies, Kevin Donner and Michael Gembecki, of Cushman & Wakefield, brokered the sale.

The current owners will leaseback the building under a NNN basis for 10 years, providing a

Located in the Special Willets Point District, part of a redevelopment strategy aimed at transforming the 61-acre site into a lively mixed-use sustainable community, the property is within two blocks of Citi Field and near the 7 subway station on Roosevelt Ave.

The asking price is $10 million and ownership is seeking all proposals.

“East Orange continues to see tremendous demand from both local and out of market investors due to its high single digit year over year rental growth,” said Richard Gatto.

“This rental growth, driven by a new tenant base that has been priced out of the NYC market, is showing no signs of slowing down largely because of its convenient commute – just a short 24-minute direct train ride to midtown Manhattan.”

The Ozturk-Gatto group led by Gatto and Fahri Ozturk, along with Essex County Specialist, Thomas Cleary, represented the sellers and procured the buyers in all three transactions.

The four-building Essex County Portfolio was 98 percent occupied at closing. Each building has undergone recent renovations.

120 Halsted Street is a five-story, 35,529 s/fmultifamily building, located one block from Brick Church train station. The building was fully constructed in 2016 with new modern finishes.

259 Reynolds Terrace comprises 20 one-bedroom and nine two-bedroom apartments as well as 29 surface parking spaces. The building was 100 percent occupied at the time of sale.

Benedictine Cancer Center is located on the campus of HealthAlliance Hospital: Mary’s Avenue Campus (a part of the Westchester Medical Center Health Network). The 36,479 s/f building is 100 percent leased by the hospital.

The property was sold by an undisclosed institutional seller to a national private equity healthcare investor for $13,610,000.