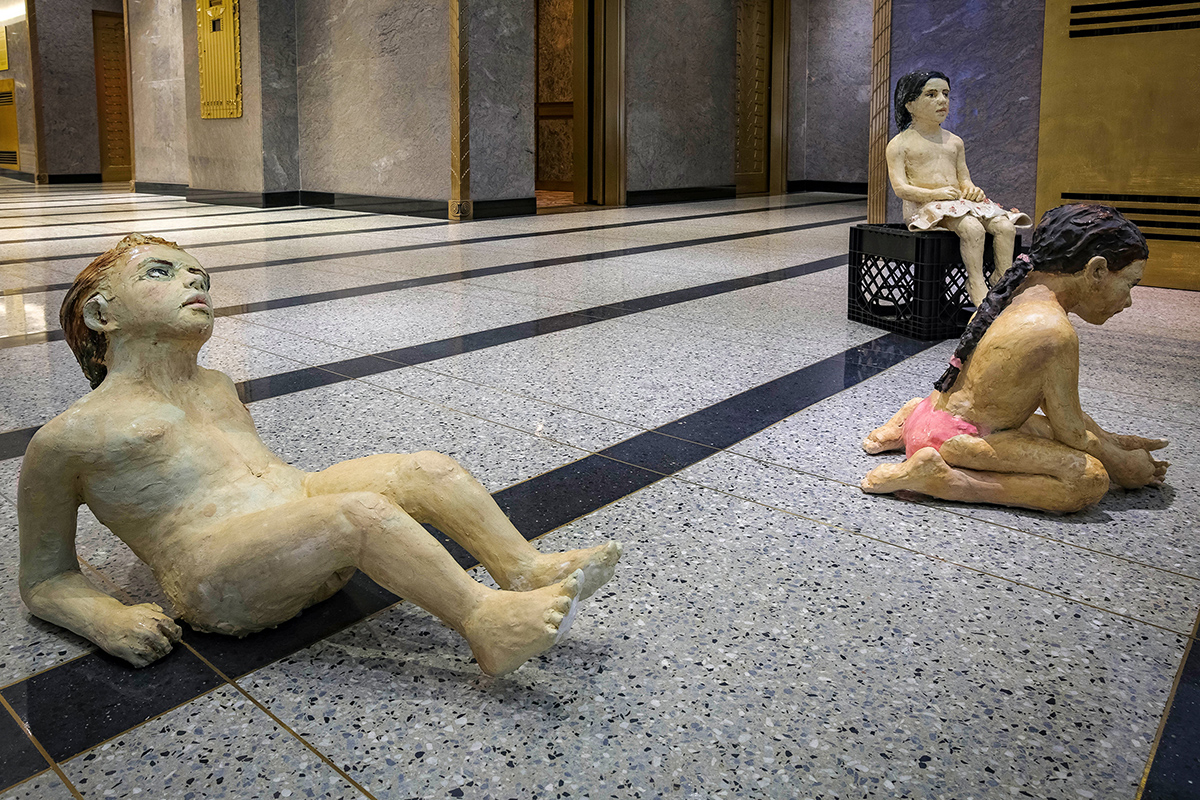 Things getting creative at 10 Times Square

The building’s 1930’s art deco lobby is continuously transformed into a modern and classic gallery art and culture space.

Originally designed by Backman & Kahn and completed in 1930, the building was originally called the “Bricken Textile Building.”

During the garment center era and through the 1980s when New York City was a fashion center, the building served as the Liz Claiborne’s NY headquarters for many years and was home to many other well-known fashion designers.

It is owned and managed by LH Charney Associates, which also owns 1410 Broadway.

“The purpose of presenting ongoing art, music and video exhibits in the building’s lobby is to provide tenants with a cultural experience to share and form community around as they enter their respective workspaces,” said Tzili Charney, who conceived the ZAZ10TS gallery space and curates the art exhibitions at 10 Times Square.

“Our goal is to provide our tenants with new experiences to draw on throughout the work week.”

A major lobby renovation was completed in 2018 to turn the ground floor entrance space into an art and cultural center for tenants, visitors and passersby to enjoy.

The lobby renovation features elements of the old building integrated with new age materials including state of the art video and sound elements that bring art and commerce together in one space.

The renovation also created a new “glass box” retail offering which features nearly 46,000 s/f of prime retail space comprising the first, second, and lower level of the building with notably high ceiling heights ranging from 17 to 22 ft. at each level.

The lobby also features an elaborate sound system that is customized for special events as well as day to day use.

The building recently incorporated a “tenant play list” which is updated regularly and consists of more than 1,000 songs selected by tenants and offering all-inclusive musical selections ranging from Frank Sinatra, Jay Z, Zak Brown and David Bowie to Broadway Show Tunes and more.

The playlist has grown to become more structural and thematic with tunes changing on days of the weeks and at holiday times.

The interactive video mirrors activate as people walk through the lobby or pass by on the street, inspiring viewers to stop for a “selfie” or “second look” as they see their reflections on the screen being artistically interpreted by a computer rather than realistically.

“Tenant feedback has been overwhelmingly positive, and the music collaborative has been fun for all,” said Steve Anderson, CEO, LH Charney Associates. “The combination of art, video and music is intended to create a sense of community, and I think it puts people in a good space, no pun intended.”