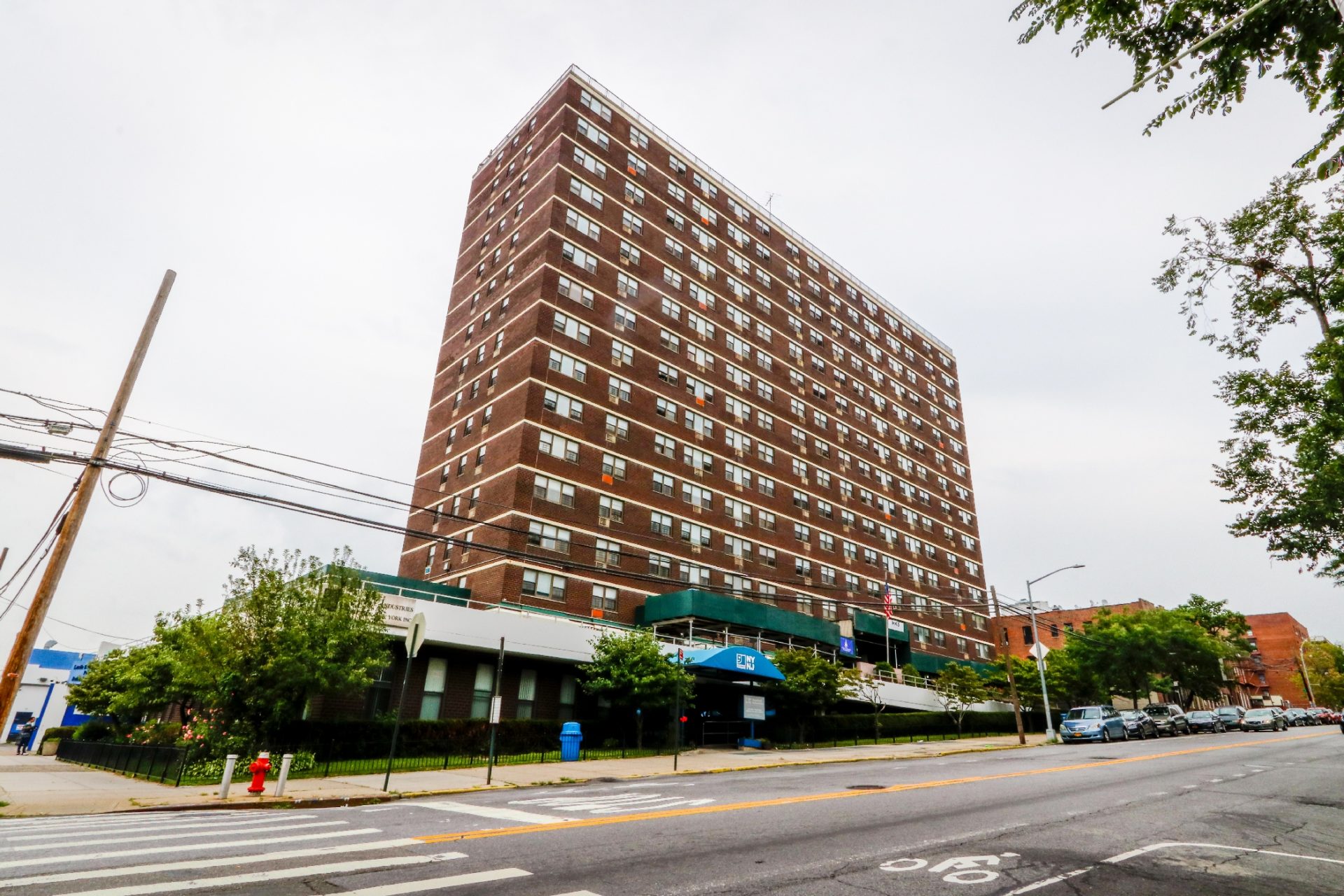 NKF’s Vice Chairman of Investment Sales Brian Ezratty and Scott Ellard represented the seller in the exclusive agency and procured the purchaser in the $21.5 million sale.

24 Woodward Avenue is a two-story, 110,000 s/f industrial warehouse and distribution facility with access to both LaGuardia and Kennedy airports and rail line connectivity at the property’s west end. The seller previously owned a paint distribution company and used the property for its own storage and distribution operations prior to selling the company a few years earlier.

The property is located on the corner of Woodward and Flushing Avenues in the Ridgewood neighborhood, which has emerged as a leading location for professional investors and developers looking to renovate existing properties for the use of companies in the distribution and logistics sectors as well as the expanding media sector.

The buyer is Jonathan Rose Companies, a developers and investor in sustainable, affordable and mixed-income multi-family real estate.

The acquisition represents a partnership with the City of New York. The New York City Housing Development Corporation (HDC) provided a $28.5 million loan.

The Fund also worked closely with the New York City Department of Housing Preservation and Development to preserve the long-term affordability of the property under the Mitchell-Lama program.

Rose Community Management, an affiliate of Jonathan Rose Companies, will take over management of the community.

Poughkeepsie, located in the Hudson Valley in Dutchess County, is a post-industrial city on the rebound. The city is attracting thousands of tourists annually and developers are streaming into the area bringing about a mini residential boom.

Concordia Shopping Center, a 135,090-s/f, Stop & Shop-anchored neighborhood shopping center in the central New Jersey community of Monroe Township has been sold for $32.3 million. A joint venture between KPR, formerly known as Katz Properties, and DRA Advisors purchased the asset.

JLL marketed the property on behalf of the seller, Concordia Shopping Manager Corp.

Situated on 14.4 acres at 1600 Perrineville Road, Concordia Shopping Center is the only grocery store within a seven-mile radius; the nearest store is a ShopRite in East Windsor. Additionally, Concordia Shopping Center is ideally positioned as the closet retail center to the New Jersey Turnpike, which is less than three miles from the property and the dominant thoroughfare within the state. The property’s Monroe Township location places it in the southern part of Middlesex County, a New Jersey submarket, with more than 52,000 residents earning an average annual household income of $106,052.

● CUSHMAN & WAKEFIELD
Four properties in Greenpoint and Bushwick on the market

Cushman & Wakefield has been retained on an exclusive basis to arrange for the sale of four properties in the Greenpoint and Bushwick neighborhoods of Brooklyn.

A Cushman & Wakefield team led by Stephen Preuss with Kevin Schmitz, Eric Roth, Robert Shapiro and Ian Brooks will represent the sellers in all marketing efforts.

The four properties for sale are:

• 1275 Broadway is an existing one-story retail building in Bushwick with approved plans for a 14-story mixed-use hotel and residential development. The plans include a 35-key hotel on the first five floors and 32 rental apartments on the sixth through 14th floors with car and bicycle parking on the lower level. The lot equates to 11,150 s/f with nearly 40 feet of frontage on Broadwayn. The asking price is $12.2 million.

• 70 Eckford Street is a 6,400-s/f, single-story retail building at the corner of Eckford Street and Driggs Avenue in Greenpoint. The asking price is $4.95 million.

• 243 Kingsland Avenue, is a six-unit residential building in Greenpoint. The 4,875-s/f property is a three-story walk-up. The asking price is $1.6 million.

Team Lala of RM Friedland is seeking offers on a Riverdale legacy asset located at 530 West 236th street in the Bronx.

The 103,392 s/f building has 83 residential units, consisting of both stabilized and free market units; as well as, a doctor’s office and a super’s unit.

According to Marco Lala , “The new owner gets to benefit from current cash flow and future potential for slow and steady growth.”