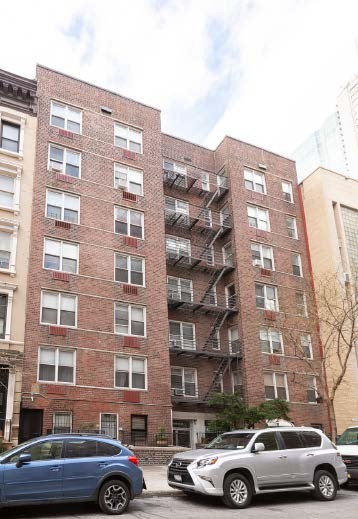 The purchase equates to $495 psf, according to HPNY brokers Kevin Esh and Ivan Hakimian, who brokered the off market deal but declined to comment.

Once dubbed the “Bernie Madoff of landlords,” Croman was jailed for a year in 2017 for mortgage and tax fraud. He pleaded guilty as part of a deal with the state attorney general’s office. and in a separate civil case, he agreed to pay tenants $8 million and accept a court-ordered monitor for his real estate empire.

Besen Partners’ New York City Management was approved by the AG to manage the 100-plus portfolio Croman acquired before serving jail time. That doesn’t include any new properties he’s purchased, including the Greenwich Village building that houses the White Horse Tavern, which Croman bought as part of a portfolio deal last year.

The pub was a famous haunt of tormented artists from the poet Dylan Thomas to Jack Kerouac and Norman Mailer.

Croman purchased that building at 567 Hudson St. and adjacent buildings 561 Hudson and 304 West 11th St. for $14 million last May.