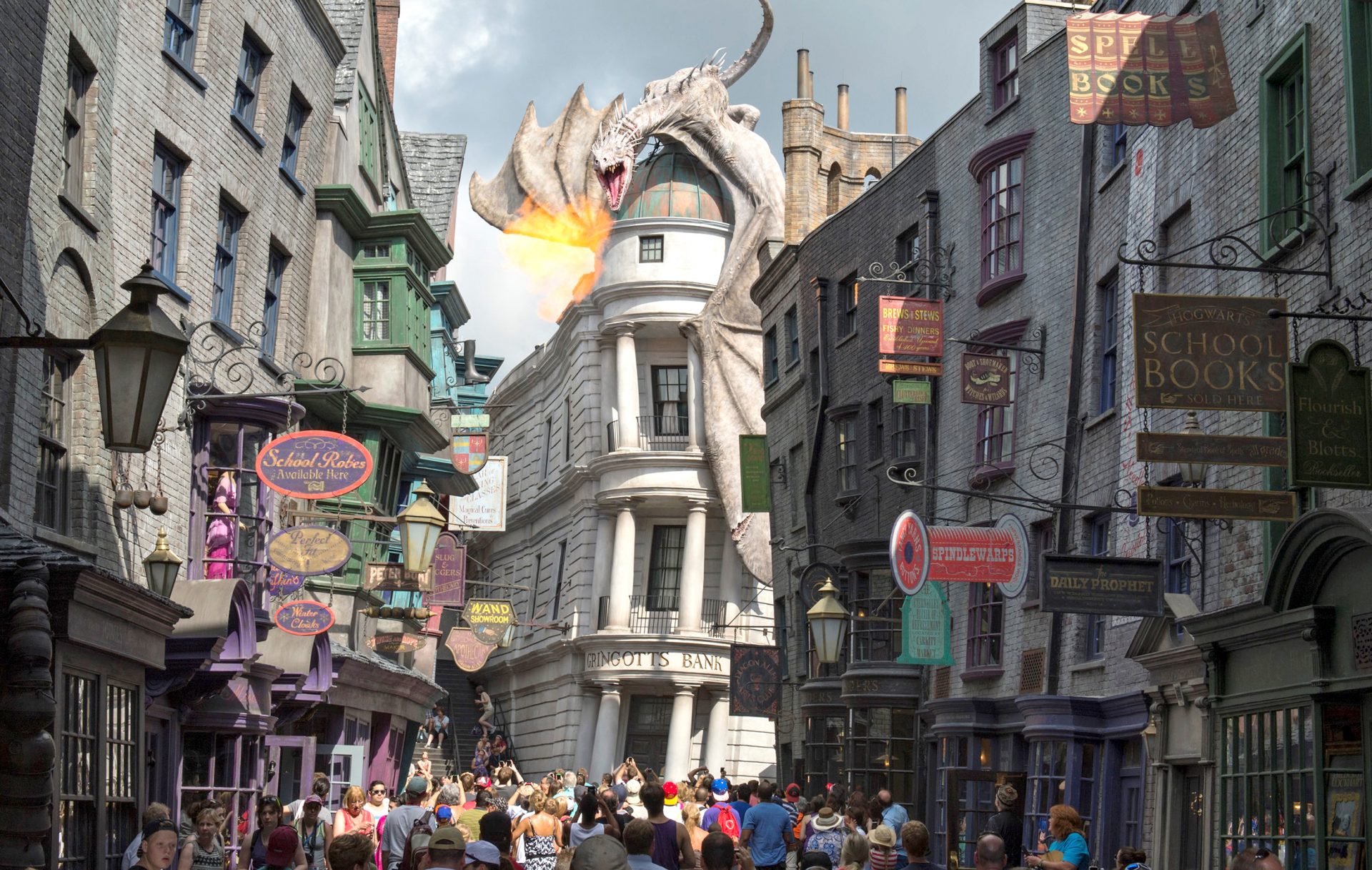 Warner Bros. plans to bring dragons and broomsticks to a new Harry Potter concept at the Mortimer Building have cast a dark spell over the local community board.

Calling the proposal “inappropriate for a historic district,” the board rejected the movie company’s proposal to create an installation of a fiberglass dragon-head, wand-like flagpoles and broomsticks along the exterior of the building, which would serve as eye-candy to drive in more foot traffic into a planned new store.

“This will be the largest dedicated Harry Potter store in the world and will become a must-visit fan destination where Harry Potter enthusiasts can engage with interactive experiences and numerous photo opportunities as they step into the magic,” said Sarah Roots, the senior vice president of Worldwide Tours and Retail for Warner Bros.

“We are very excited to be opening in New York. It’s the ideal city in which to launch with so many dedicated Wizarding World fans, a cutting-edge retail environment and a community that embraces innovative experiences.”

The local Flatiron / 23rd Street Partnership has welcomed the Harry Potter flagship store to the neighborhood.

Executive Director James Mettham said, “The Partnership warmly welcomes this exciting retail experience to enliven what has been a long-vacated space on an important corner of the district.

“This is a tremendous opportunity to reimagine a façade and retail space that has historically held commercial significance. We’re confident that the tenant truly embraces and finds real value in this opportunity, just as other experiential retailers have continued to find a welcoming environment along Flatiron’s corridors.” However, at a meeting last week, Landmarks Committee Chair of Manhattan Community Board Five, rejected the exterior remodeling.

Committee chair Layla Law-Gilsko, said “The landmarks committee of CB5 recommended a denial of the application for ground floor alterations finding that (the) proposed signage is inappropriate for a historic district. It is out of scale, and it would cause permanent damage to the historic facades by punching numerous holes to attach wand style flagpoles.”

Historically, 161 Fifth Avenue/935 Broadway was owned by Richard Mortimer who commissioned Griffith Thomas as the architect.

When it was designed, he imagined a building that would not disrupt the beauty of all of the residential brownstones in the area, thus he designed a brownstone structure at 161 Fifth Avenue that blended in with the already existing residential buildings.

The building became known as the Mortimer Building and housed one of the first department stores in New York City, J&C Johnston Dry Goods.

Some of its original properties include interior brick walls, columns and elaborate architectural work both inside and on the outer façade which manifest a gothic like deco.

The Mortimer building includes a rooftop overlooking Madison Square Park, which could potentially be converted into further usable space.

Despite the controversial exterior design, Warner Bros. aims on opening the location by the end of Summer 2020.

Warner Bros., in addition to the planned Harry Potter retail location, has recently utilized some of its entertainment intellectual property in the creation of retail locations in New York City. Back in August, the company launched a pop-up in Manhattan called “Central Perk,” named after it’s famous silver screen counterpart on Friends. The space provided food and drink services, as well as, experiences centering around the Friends television series’s universe.

The future of the exterior of the building will be debated by the full community board on January 16, before being sent to the city’s Landmark Preservation Commission, which has final approval or vetoing power.