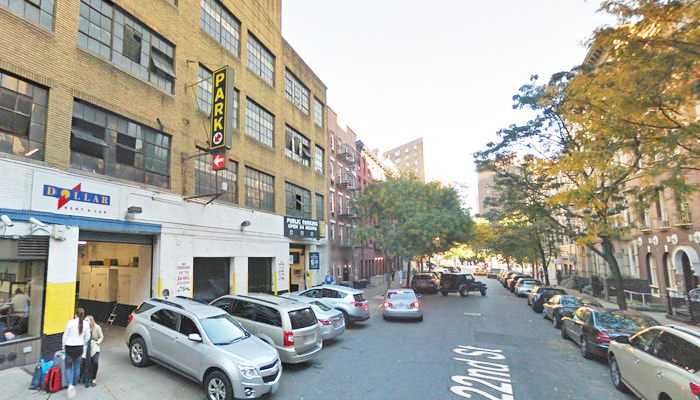 An investment group led by Walter & Samuels chairman David I. Berley has acquired a 99-year leasehold interest in a parking garage.

“We are very excited about the opportunities this site presents,” said Berley. “This is a great area, the current building has huge floor loads, and for the right tenant we could demolish the building and build to suit.”

“The four-story, 26,926 s/f parking garage offers 75 feet of frontage on the north side of East 22nd Street, between First and Second Avenues, and 2,699 s/f of additional development rights.

The parking garage is less than a block from the First Avenue Medical and Life Sciences Corridor, which is home to several hospitals and research centers.

Ofer Cohen and Adam Hess handled the sale of what is the largest building on Prospect Park West.

The nine-story pre-war building contains 169,410 s/f and overlooks Prospect Park and Grand Army Plaza and has 171 ft. of frontage on Prospect Park West, 104 ft. on Union Street and 100 ft. on President Street.

Cushman & Wakefield’s Robert Burton and Keegan Mehlhorn have been retained to sell 365 Canal Street, a mixed-use building between Wooster and West Broadway in SoHo.

The building also sits within a M1-5B zoning designation and allows for 18,113 buildable square feet as-of-right.

The residential units will be occupied. The retail component will be delivered vacant upon sale.

“With … four of the city’s newest luxury condominiums on the same block, Canal Street is in the midst of an incredible transformation,” said Burton. “365 Canal gives a savvy investor the opportunity to be a part of it.”

Eastern Consolidated director Scott Burk represented the buyer. He said, “The buyer loved the location, calling it the Crown Jewel of Crown Heights. It’s truly the best building on the best corner in the neighborhood.”

Sparks commented, “Located just blocks from Grand Army Plaza and Prospect Park, Crown Heights has become popular with both renters and retailers and, as a result, we expect rents here to continue to grow.”

Pace University has sold a surplus residence hall at 106 Fulton for $54 million.

The building was purchased by DSA Property Group for $51.1 million in a deal brokered by NGKF Capital Markets.

DSA, an established multi-family operator in the neighborhood, is planning a light renovation of the 75,000 s/f 15-story building to quickly bring the units to market at relatively affordable rents, according to Newmark.

“FiDi is undergoing a shift from its original office/retail roots to a mixed-use neighborhood that offers a variety of residential options for the growing community and 106 Fulton Street presents a unique opportunity for the new owner to immediately repurpose an existing property to a new residential use.” said Kenneth Zakin, senior managing director at NGKF who represented Pace along with Carol Ann Flint, David Falk and Kyle Ciminelli.

The university plans to reinvest the proceeds from the sale of 106 Fulton Street in renovation and expansion of academic facilities at its NYC campus, primarily 1 Pace Plaza and 41 Park Row.

The Orbach Group announced the sale of 354 Cathedral Parkway for $17 million.

Orbach purchased the 30-unit building as part of a $30 million six-building portfolio in 2012.

“The sale of 354 Cathedral is consistent with our strategy of selling off our smaller non-core assets,” said Meyer Orbach, chairman of the Orbach Group.

“As we continue to realize significant gains and strengthen our overall portfolio out of this strategy, we can remain focused on providing affordable housing solutions for tenants across the city and the country.”

The Orbach Group manages approximately 5,000 market-rate and affordable multifamily units across the country.

Cushman & Wakefield announced that it arranged the $16 million sale of 14-34 110th Street in Flushing Bay to Sam Chang of WV Marina Properties LLC. The seller was 110th Street Commons LLC.

The seven-story, 69,918- s/f property includes 34 luxury residential units, two floors of commercial office space, 95 parking spaces, and marina rights for up to 50 boat slips. The price per square foot was listed at $228.

“At approximately 70,000 s/f and a final asking price of $16 million, this closing represents the largest and highest property sale for the College Point marketplace over the past several years,” said Preuss.

“The waterfront was substantially improved by this property, especially with the 25K SF commercial space helping to fulfill the need for functional and accessible offices in the area. We’re looking forward to seeing how the waterfront will continue to transform.”

The buyer plans to sell the remaining residential condos and potentially utilize the riparian rights for a marina concept.

One Centennial Plaza in Piscataway, NJ has traded for $11 million in a sale led by Jacklene Chesler of Colliers International Group Inc.

The complex is a class A office building with a three-story glass enclosed atrium, full-service cafeteria, outdoor picnic area and a newly renovated conference room.

“Middlesex County is the second most populous county in the State of New Jersey, and grew 12 percent between 2000 and 2015,” noted Chesler.

“This above-average growth is a testament to the county’s staying power. Middlesex County has a deep and highly skilled labor pool that has attracted major corporate users.”

Build and sell works for Hampshire

221 Bergen broke ground in October of 2014 and opened on October 2, 2015 quickly reached full occupancy in May 2016 just seven months after opening.

“From day one this project created an excitement within Harrison and as the complex progressed it created a new energy becoming vital part of Harrison’s renaissance,” said Norman A. Feinstein, Vice-Chairman of The Hampshire Companies.

“Through our investment strategy we were able to lease-up the entire complex in just seven months after opening and position the property for sale allowing us to capitalize on the high demand for quality multi-family housing in transit-oriented areas.”