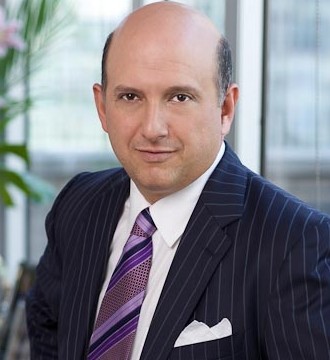 Nicholas Schorsch’s American Realty Capital (ARC), long known for its many non-traded REITs, seems to have discovered a liking for the stock market.

Shares of the REIT, which has invested more than $2 billion in office and retail space since 2010, began trading at $10.70. A week earlier, ARC’s American Realty Capital Healthcare Trust, which owns around $2 billion worth of healthcare-related real estate across the U.S., had begun trading on the NASDAQ exchange.

Trading on the stock market could make it easier to raise capital, as it allows a REIT to reach a wider range of investors. Non-traded REITs are forced to sell shares through broker-dealers.

The former New York Recovery REIT, now renamed New York REIT, has been one of the most active investors in Manhattan commercial real estate over the past few years.

Last September, the REIT bought the 240-room Viceroy Hotel on West 57th Street for $148.5 million, followed by the retail and office tower 1440 Broadway for $528.6 million in October.

Its biggest splash was undoubtedly the purchase of a 48.9 percent equity stake in One Worldwide Plaza for $220.5 million, with an option to buy the remaining shares for a total investment of $1.45 billion.

Nicholas Schorsch told Real Estate Weekly in November that the REIT plans to bundle all its properties into one three-billion dollar portfolio in order to sell it.
“We expect (finding undervalued buildings) to become a lot more difficult. That’s why we’re almost done,” he said, adding that the REIT is “rounding out” its final investments.

Unlike other investors, the New York REIT doesn’t buy buildings that need fixing up or redevelopment, but simply banks on the premise that office towers have been undervalued since the crash of 2008.

$8B in apartment sales about more than just numbers