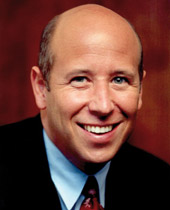 “I think it will be the nicest hotel in New York,” he said, “but of course I’m biased.”

Meanwhile, Gemini Hotel Estate Advisors has purchased the Best Western Plus Seaport Inn at 33 Peck Slip in the South Street Seaport, according to Hotels Magazine, which reported that the company plans to convert the property to a 72-key hotel under the Jade brand and open in mid-2015.

The Manhattan hotel occupancy rate in December 2013 was 90.3 percent, unchanged from December 2012, according to the EDC.

Sternlicht’s comment on the “soft” NYC hotel market came in the context of his comments on a generally sluggish economic recovery, as highlighted by poor retail sales over Christmas.

“You’re clearly seeing the one percent doing better and the rest of the nation having real disposable income lower than 2007,” he said.

$8B in apartment sales about more than just numbers