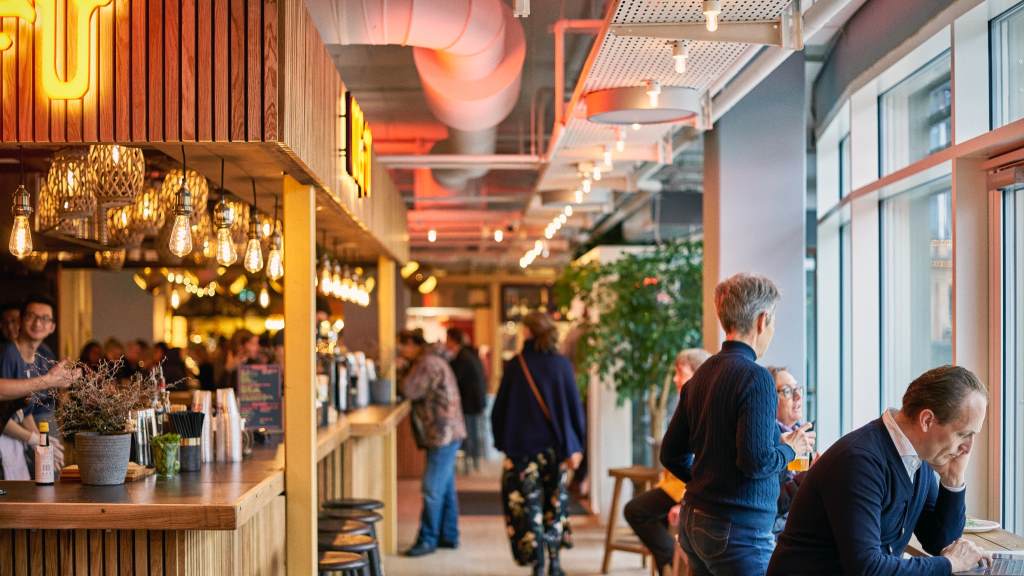 Times Square could be in line for a new food hall.

Savitt Partners, which owns 218 West 40th Street, is renovating the ground floor retail of the building with a view to attracting an eatery eager to cash in on the areaʼs massive foot traffic and the changing demographics of its workforce.

“This area is the Fashion District and these spaces used to be showrooms where they would use 50 to 70 percent of the space for the showroom and probably only needed 10 salesmen,” said Brian Neugeboren, Savitt’s senior managing director who is marketing the space.

“The area is much more dense than it used to be and people keep coming to the area. We think a food hall or a restaurant would be great here.”

Neugeboren said Savitt is ideally looking for one tenant to lease the large space, like a food hall, steakhouse or fast casual restaurant. He added the renovated space would be ready by March.

The property is only a couple of blocks away from Times Square proper, where, according to the Times Square Alliance, some 425,000 pedestrians walk every day. and new retail and hotel concepts are flourishing.

The West 40th block between 9th and 7th Avenues has become a hotel row in recent years. The DoubleTree By Hilton New York hotel at 350 West 40th with 612 rooms is one of the city’s biggest hotels. And Marriot’s AC Hotel at 260 West 40th Street opened in April with 290 rooms. Aliz Hotel Times Square at 310 West 40th Street debuted in October.

The Jimmy Buffet concept hotel Margaritaville will open its first Northeast hotel at the corner of West 40th Street and Seventh Avenue sometime in 2020. Located at 560 Seventh Avenue, the 234-room, 29-story property will have several Margaritaville food and beverage concepts, a rooftop LandShark Bar & Grill and pool and retail space.

The $300 million resort is being developed by Sharif El-Gamal’s Soho Properties, in partnership with Chip and Andrew Weiss and MHP Real Estate Services.