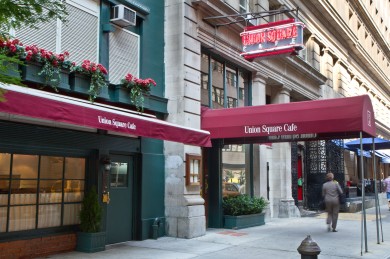 With rents increasing in all of the prime retail areas, and longtime restaurants like Union Square Café shuttering after 30 years, restaurateurs are looking elsewhere to plant their flags.

Danny Meyer, whose Union Square Café is among a long list of restaurants opened through the Union Square Hospitality Group (USHG), including Gramercy Tavern, The Modern and the Shake Shack chain, shocked the industry and patrons when he announced recently that the restaurant will forfeit its lease on East 16th Street between Broadway and Fifth Avenue, after 30 years in business.

Blaming rising rents, Meyer’s spokesperson at the USHG said in an e-mailed statement, “We are viewing this as an opportunity to write the next great chapter for Union Square Cafe.” Meyer told the the New York Times the restaurant would reopen in the future, but “not necessarily in or near Union Square.” In a REBNY retail market report released in April, Fifth Avenue between 49th and 59th Streets had the highest average asking rent for any corridor and hit a new record of $3,550 psf, a 16 percent increase from spring 2013.

The Times Square retail corridor also hit a new high with an 11 percent increase year over year, with an average asking rent of $2,407 psf.

Steve Rappaport, senior managing director at Sinvin Real Estate, sees the shuttering as a normal part of the industry.

“There’s always change,” he said. “Any business at a specific location is accustomed to a certain level of expense, and when that changes, they are forced to find a new space. It doesn’t mean an entire new entity coming into a new space won’t be able to afford it and prosper.”

However, with rents rising, and other restaurants like WD-50 on the Lower East Side having to close and relocate to make way for an apartment building, some restaurant owners are looking to new areas.

“There’s still a lot of value mid-block in the Madison Square and NoMad area,” said Rappaport. “Perhaps not on 5th Avenue, perhaps not on Broadway, but certainly mid-block from 14th Street to 30th Street and 6th Avenue to 3rd Avenue, it’s possible to find a very nice location on a very nice street.”

Rappaport suggests the “underserved” area of the Upper East Side to tenants looking for space.

“It’s where restaurants or any business for that matter can find an enormous amount of well-qualified consumers looking for great concepts that don’t currently exist,” he said.

Though Brooklyn is still second to Manhattan in terms of foot traffic, it has become a destination spot in recent years, and in certain areas its rents are increasingly on par with Manhattan — like the bustling Bedford Avenue in Williamsburg, which will soon see a Whole Foods added to its roster of high-profile tenants.

“Brooklyn is wonderful, but Brooklyn is still Brooklyn,” said Rappaport. “It’s good for certain restaurants and they are very high-end restaurants in certain areas — but I find the majority of restaurateurs don’t think of that as first space they’d want to be.”