RKF has taken over over as the exclusive leasing agent of 1604 Broadway, a four-floor, 28,207 s/f property that formerly housed the iconic Spotlight Live night club.

The building is currently owned by Torchlight Investors and sits between 48th and 49th streets. 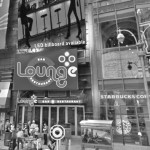 The building includes a built-out bar and restaurant, which will increase its attractiveness to a sector that RKF expects to be in hot pursuit of the space.

“We haven’t started to push it out there yet but we’re expecting a ‘who’s who’ of the retail and restaurant industries,” Joshua Strauss, executive vice president of RKF told Real Estate Weekly.

The four-storied property is neighbored by M&M’s World, Hershey’s, L’Occitane en Provence, and a Sbarro restaurant.

“The opportunity to reposition and revitalize such a dynamic space in Times Square is exciting,” Strauss said.

“This space has a huge potential to enhance the retail, entertainment and dining options in the most vibrant retail destination in the world.”

Strauss said that he expects little struggle in the search to find new tenants for the property, citing a “pent-up demand” of retailers trying to plant their flag in Time’s Square’s “very defined market place” that is currently experiencing more demand than the supply can handle.

It’s clear to see why. The relatively small section of Manhattan generates approximately $110 billion in annual economic activity per year. Accounting for less than one percent of New York City’s land, the mini-district rivals the economic output of small cities such as Portland, Oregon.

The former home of the Spotlight sits prominently near the nucleus of the economic hot spring, but its journey to rebirth is still in its early stages.

Another property in RKF’s stable, 11 Times Square, is only months away from adding to the commercial output of Midtown’s epicenter.

Standing guard on the edge of the district, near the Port Authority and the New York Time’s offices, the building clocks in at 600 feet tall and boasts 40 floors. It was completed in 2010 and is owned by SJP Properties.

While a great deal of the space above the lower floors will serve as offices, the building’s retail and restaurant anchors are nearing highly anticipated debuts.

The building’s main attraction is set to open before the close of 2014 — possibly before September. It’s a yet to be named 25,000 s/f restaurant. Leased by Russia-based Global Food International Corporation, the eatery will highlight multiple ethnicities of cuisine.

“They are putting an incredible amount of money into the build out the space, more than I’ve ever seen,” Strauss said. “That’s going to be very exciting.”

Flanking the restaurant will be a Bank of America branch a Microsoft showroom, and — for the New Yorkers that are craving a taste of Spring Break — a Senor Frogs. All are expected to open their doors by December of this year.

Strauss is confident that while 1604 Broadway will boost the already astronomical worth of Times Square’s core, 11 Times Square will help fortify the edges.